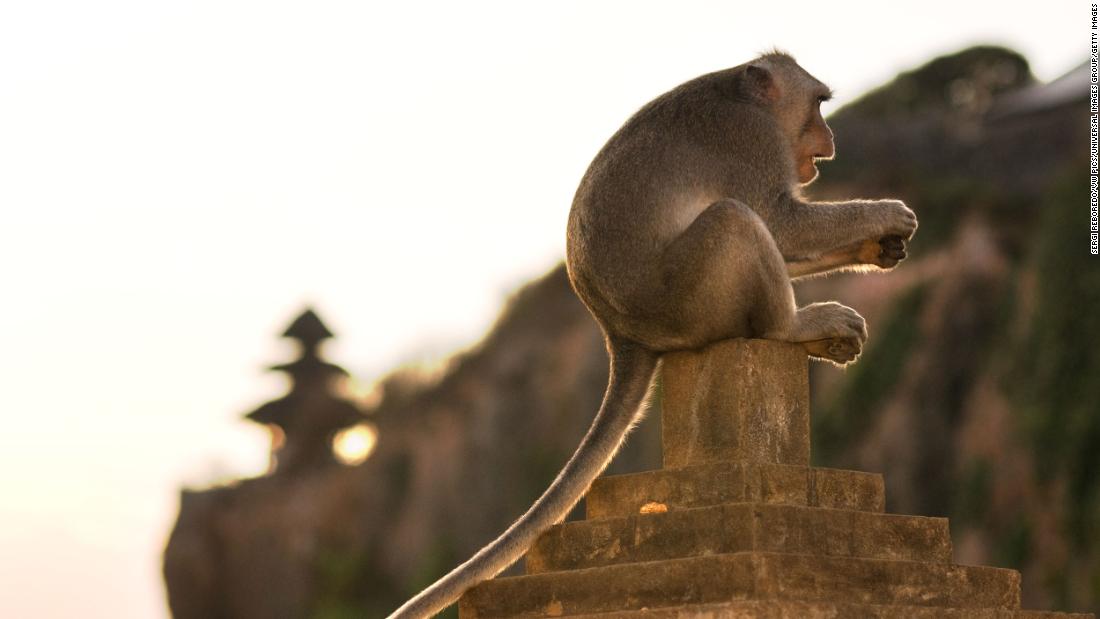 (CNN) — The well known phrase cheeky monkey has some basis in fact, if a new study on the behavior of the primates is anything to go by.

It found adult wild long-tailed macaque monkeys were intelligent enough to comprehend which items had the highest value to the visitors, such as an electronic item, and would only release it after receiving food they perceived to be of corresponding value.

The authors said the behavior displayed “unprecedented economic decision-making processes” among the monkeys observed as part of the study.

An understanding of economics

The scientists, from the University of Lethbridge, Canada, and Udayana University, Indonesia, observed that, as well as being able to “use objects as symbolic tools to request specific food rewards,” the ability of the monkeys to barter successfully increased with age and experience.

There were “clear behavioral associations between value-based token possession and quantity or quality of food rewards rejected and accepted by subadult and adult monkeys,” the authors said, with older monkeys “preferentially” selecting higher value items.

The scientists filmed the monkeys as they stared at a visitor, inconspicuously approached them, took an object, and then stepped aside waiting for a suitable offering.

The adult monkeys accumulated “several food rewards before returning the token” where the item was of high value, and were “more likely” to accept a “less preferred food reward” in exchange for a lower value item, the study said.

“Token-robbing and token/reward-bartering are cognitively challenging tasks for the Uluwatu macaques that revealed unprecedented economic decision-making processes,” the authors said.

“This spontaneous, population-specific, prevalent, cross-generational, learned and socially influenced practice may be the first example of a culturally maintained token economy in free-ranging animals.”

Sorgente articolo:
Macaque monkeys at a Bali temple can spot expensive items to steal and ransom for food – CNN