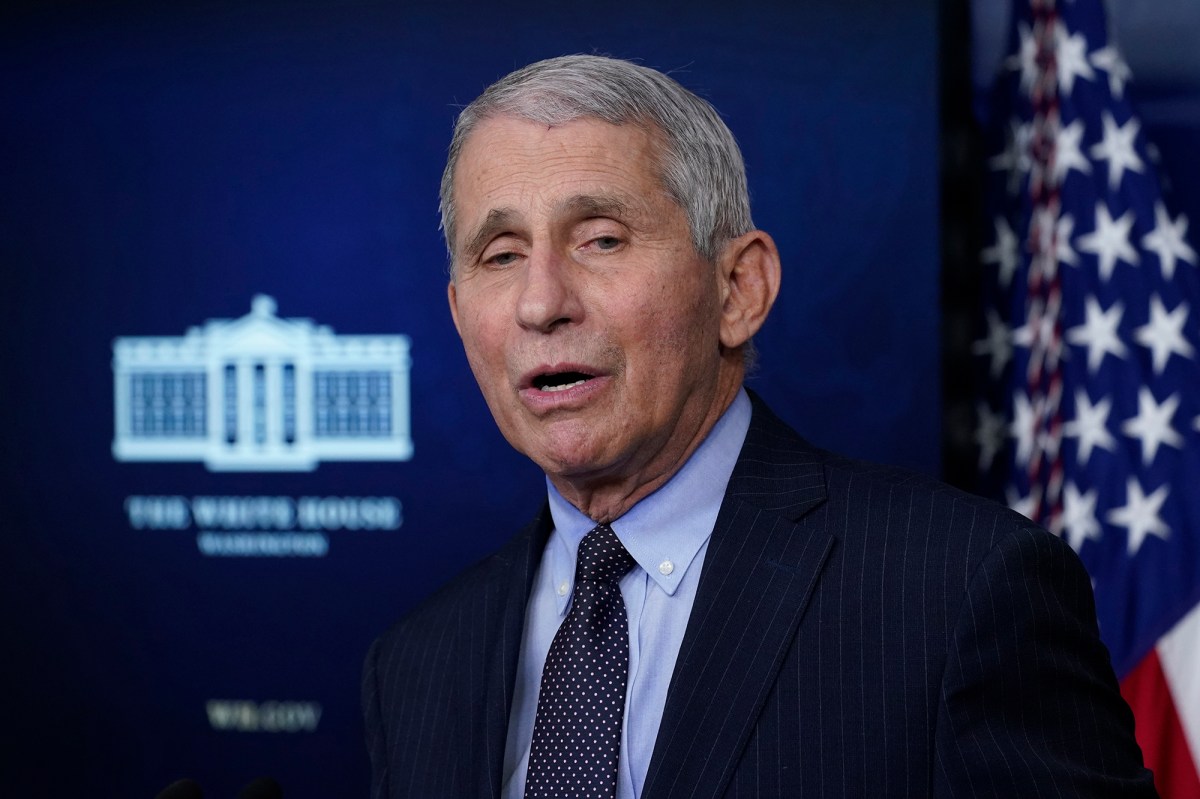 “I would be surprised if it was any more than two weeks from now that the data will be analyzed and decisions would be made” about the vaccine being developed by New Jersey-based Johnson & Johnson, Fauci said during an appearance on “The Rachel Maddow Show.”

“We’ll look at the data and determine if it’s ready to be given to the public,” Fauci said, “so they can go to the FDA to ask if they can get an emergency use authorization.”

Fauci said the US government was working with different companies on six vaccine candidates, two of which have already gotten the go-ahead for use on an emergency basis, one from Pfizer and the other from Moderna. These two both require cold storage and two doses.

The J&J vaccine doesn’t have the same need to be kept super-cold, Fauci said, and only requires one dose. Those factors will make a big difference in the ability to get the shots to people, he said. “It gives a wider range of flexibility,” he said.

Johnson & Johnson has said it expects to have 100 million doses available by April.

Any additional vaccines made available will be a boost for the city and state, which are running out of doses as New Yorkers scramble for vaccination appointments. Mayor Bill de Blasio wrote a letter Friday to President Joe Biden pleading for more vaccine shipments.