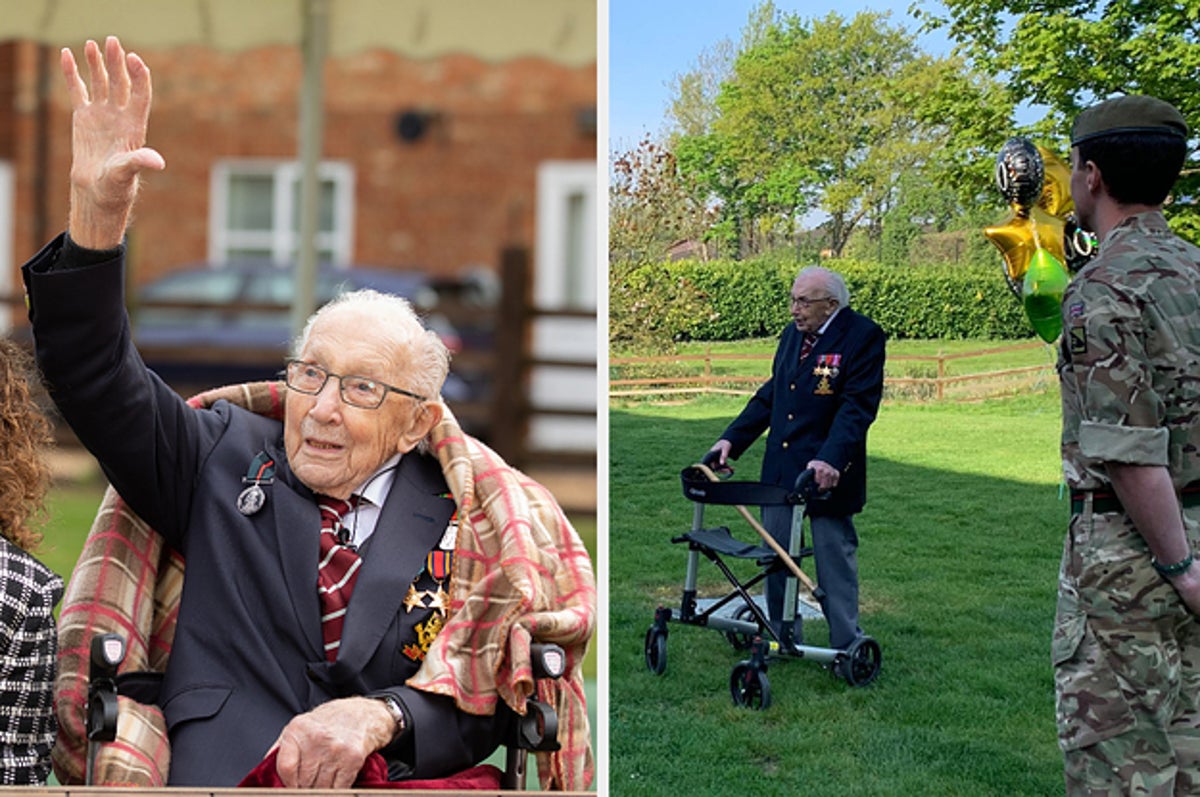 Moore was being treated for pneumonia at home prior to testing positive for COVID last week, and he was hospitalized after he began having difficulty breathing, his daughter Hannah tweeted on Sunday. Moore is being treated at Bedford Hospital, about an hour north of London, but he has so far not required intensive care, she said.

Moore, who served in World War II and is affectionately known as Captain Tom, gained global attention last April for his quest to walk 100 laps around his yard before his 100th birthday to raise money for the UK’s National Health Service workers.

Though his original target was £1,000, Moore ended up raising more than £38 million. Using a walker, he took his final laps in a live televised event surrounded by a military honor guard.

At the time, his daughter Hannah said her father embarked on the challenge to walk 10 laps a day as a way to thank NHS workers for the “incredible care” he had received after fracturing his hip.

Though Moore uses a walker to get around, but he said he was able to manage the 25-meter stretch — that’s 82 feet — one step at a time.

“I can get about slowly,” he told the BBC. “So long as people don’t want me to run about too fast I can manage and will continue to manage as long as I possibly can.”

Moore’s charitable campaign made him a national hero, and his 100th birthday was celebrated with hundreds of thousands of cards, murals, and a display from the Royal Air Force over his house.

In May, the Captain Tom Foundation was formed to provide support to people experiencing illness and loneliness during the pandemic.