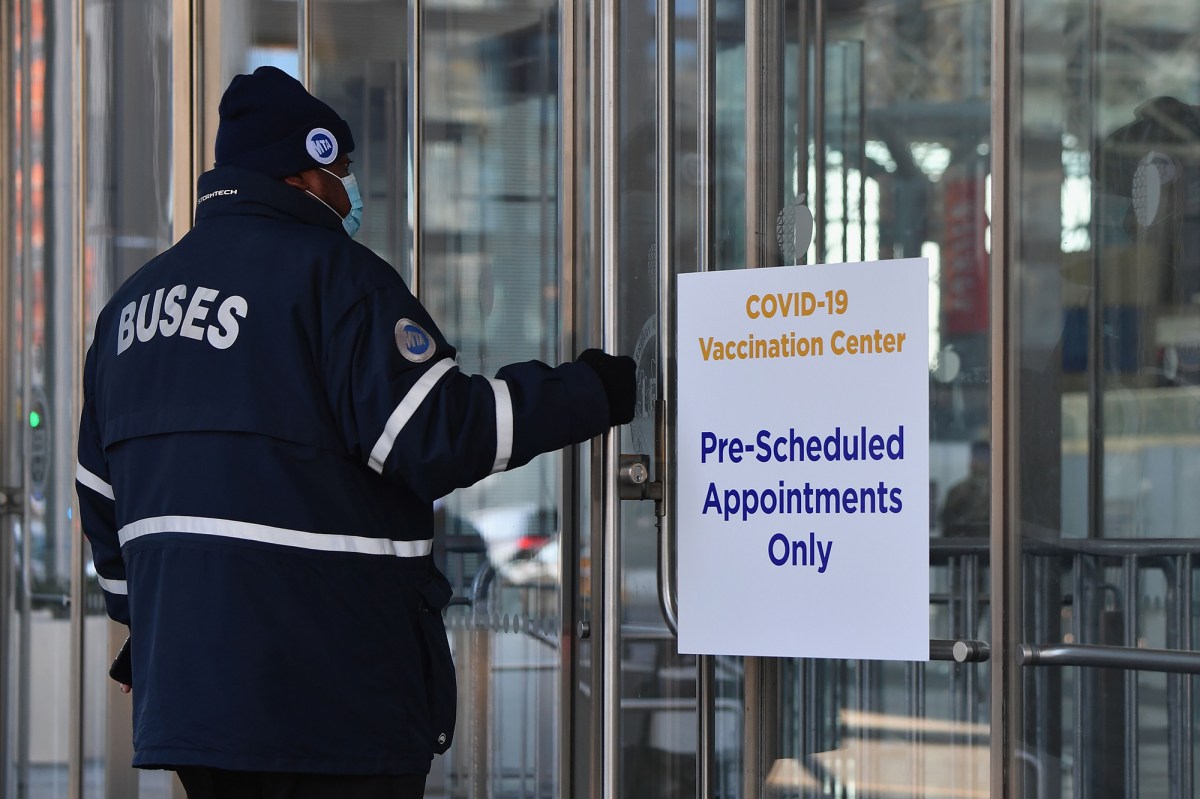 Coronavirus vaccination appointments scheduled for Monday have been postponed due to the impending snowstorm, Mayor Bill de Blasio announced Sunday — along with the suspension of in-person school classes and alternate side parking.

At least 14 to 16 inches of snow is set to blanket New York starting Sunday evening and continuing into Tuesday, the mayor forecast during a City Hall press briefing.

“Fourteen to sixteen inches would be bad enough,” he said. “It could be a lot more than that.”

With the storm bearing down, de Blasio announced that all coronavirus vaccination appointments scheduled for Monday would be rescheduled, with a call on Tuesday’s appointments yet to be made.

“The last thing we want to do is urge our seniors to come out in the middle of a storm like this,” he said.

Additionally, in-person classes at public schools have been scrapped for Monday, with classes moving online.

As with vaccination appointments, a call for Tuesday’s classes is yet to be made, de Blasio said.

Alternate side parking has been suspended for both Monday and Tuesday, he said.

Set-ups in the street for outside restaurant dining will also be suspended Monday, according to the Department of Sanitation.

Sanitation Commissioner Ed Grayson said the agency would have about 2,000 staffers working overning into Tuesday to clear the streets, with more than 700 salt spreaders on hand.

“This is definitely shaping up to be a challenging and unpredictable storm,” Grayson said. “We’ll have all hands on deck.”

The agency said that while it was OK to put garbage and recycling out, trash collection will be temporarily halted.

Grayson urged New Yorkers to stay home during the storm.

“This is a dangerous and prolonged snowfall event,” he said, “So we encourage all New Yorkers, please stay off the roads, let us do our job.”