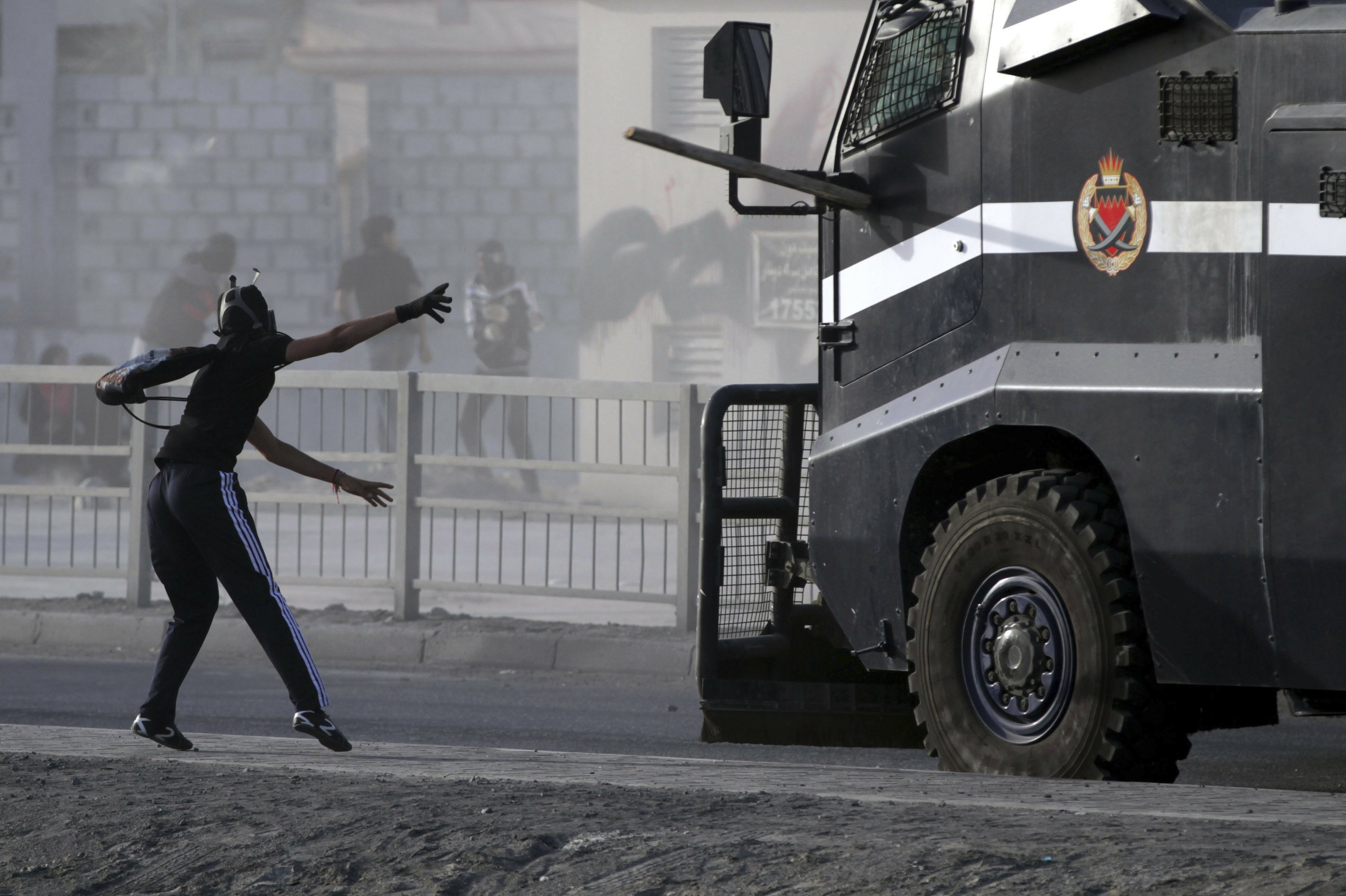 DUBAI, United Arab Emirates (AP) — A decade after demonstrators massed in Bahrain’s capital to call for the downfall of their government in 2011, authorities continue to suppress all signs of dissent. Activists behind those turbulent days say the memory of the protests that threatened the Sunni monarchy’s grip on power is all but extinguished.

But many live with the consequences.

“That was the start of the dark era,” said Jawad Fairooz, an exiled former leader of the now outlawed Al-Wefaq Shiite political party, who was stripped of his nationality for his political work in 2012.

Although many activists and protesters have escaped into exile or been imprisoned, the threat of dissent persists in this tiny kingdom with a majority-Shiite population off the eastern coast of Saudi Arabia.

In contrast to neighboring Gulf Arab monarchies, low-level unrest has plagued Bahrain over recent years. Police have been out in force in city streets over the past week, residents say, taking no chances on renewed demonstration.

A website for the Bahrain Independent Commission of Inquiry, commissioned by King Hamad bin Isa Al Khalifa, that had hosted an independent report on the 2011 protests and the government crackdown that ended them, went mysteriously offline before it was restored Thursday. The government described it as a “technical glitch,” without elaborating.

For weeks beginning on Feb. 14, 2011, thousands thronged streets across Bahrain, emboldened and energized by pro-democracy protests roiling Egypt, Syria, Tunisia and Yemen. Bahrain’s protests were organized primarily by the nation’s Shiites seeking greater political rights in the Persian Gulf state, which is a key Western ally and home to the U.S. Navy’s 5th Fleet.

“It was overwhelming,” recalled Nazeeha Saeed, a reporter at the time for a French TV news channel, describing the heady days in Pearl Roundabout, the symbolic center of the capital, Manama, later bulldozed by authorities. “I’d never seen anything like it. People forgot we were a Persian Gulf kingdom supported by powerful monarchies.”

Soon, Saeed said, everything went horribly wrong. Security forces tried to disperse the sit-in, responding to protests with torrents of tear gas, rubber bullets and in some cases live fire. Police shot a protester in the head just 20 meters (yards) in front of her. She said she was detained and beaten for telling foreign journalists what she saw.

Now in exile in Berlin, Saeed said she cannot return home. Bahrain in 2017 fined her $2,650 for working with a government-issued press card. The government at the same time refused to accredit two Associated Press journalists and since then has tightly controlled visas to report on the island.

As violence escalated over the weeks in February 2011, demonstrations snowballed into a popular movement crossing sectarian divides. Calls for constitutional reform turned into demands for the dismantling of the country’s political structure. The monarchy turned to nearby Saudi Arabia and the United Arab Emirates for help, inviting in foreign troops to crush the protests.

After the crackdown, King Hamad ordered an internationally recognized commission of jurists and scholars under the late law professor Cherif Bassiouni to investigate. The resulting 500-page report, based on over 5,100 interviews with protesters and residents, describes prisons rife with torture, scores of arbitrary arrests and the extraction of forced confessions against those caught in the dragnet. Detainees, it reported, were beaten and forced to kiss pictures of the king and prime minister.

A decade on, activists inside Bahrain and in exile say their country is far less free than it was in 2011. Portraying criticism of its rule as an Iranian plot to undermine the country, the government has accelerated its crackdown. Bahrain blamed Iran for stirring up the 2011 protests as well, though the report by Bassiouni and other experts found no evidence of that.

Tehran denies interfering in Bahrain, though weaponry seized on the island has been linked back to Iran. Even Iran, under the former shah, tried to claim Bahrain as part of its territory.

Ahead of the anniversary of the 2011 events, Bahraini officials have not responded to repeated requests by The Associated Press for comment.

In the time since 2011, authorities have targeted not only Shiite political groups and religious leaders, but also human rights activists, journalists and online opponents. Mass trials have become commonplace. Political parties have been dismantled. Independent news gathering on the island has become nearly impossible. Meanwhile, there have been sporadic, low-level attacks on police and other targets by Shiite militant groups.

Even a tweet can land one in prison, despite Bahrain’s constitution guaranteeing its citizens freedom of speech. Nabeel Rajab, one of the 2011 protests’ most-prominent leaders, only was released last year into home detention due to the coronavirus pandemic after serving years of an internationally criticized prison sentence.

As the coronavirus pandemic pummeled the country last March, the government announced it had arrested more than 40 people for spreading rumors about the virus and “disturbing public security.” And last fall, activists say, authorities scoured the internet for dissent following the death of the long-serving Prime Minister Prince Khalifa bin Salman Al Khalifa. One of protesters’ key demands in 2011 was that Prince Khalifa resign and be tried for corruption and human rights violations.

One Bahraini man, a former journalist who declined to be identified for fear of reprisals, said he was thrown into prison for two weeks after posting a Quranic verse on social media that security forces said suggested he was gloating over the prime minister’s death. A detainee in the same cell had posted some politically loaded poetry, while another had simply tweeted the words “good morning,” he claimed.

“Since 2011 we have only moved backward,” the 47-year-old said. “Now, the only meaning of ‘opposition’ in Bahrain is to try to document your friends’ arrests.”