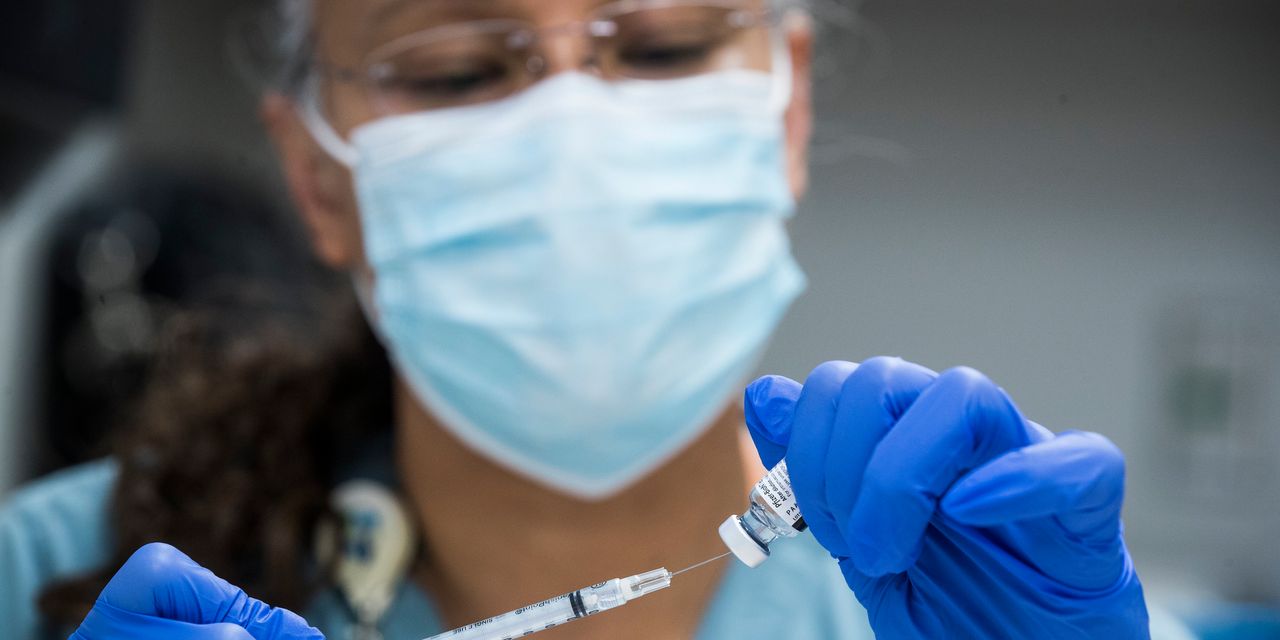 Daily U.S. Covid-19 deaths finally appear to be declining from all-time high levels, following on the heels of improving data on cases and hospitalizations, prompting cautious optimism from public-health officials and medical professionals.

Deaths in the country peaked in mid-January, when the seven-day average of reported deaths was around 3,300 a day, up from 1,100 fatalities reported a day just two months prior, according to a Wall Street Journal analysis of data compiled by Johns Hopkins University.

While daily deaths still remain near all-time highs, and are well above the highest figures during earlier surges, the average number of deaths have broadly fallen in recent days. On Feb. 1, the seven-day average of daily deaths was 3,172. On Wednesday, that number had dropped to 2,765, according to the Journal analysis of the latest Johns Hopkins data. Thursday saw a slight uptick to 2,781, which appeared to be influenced by Ohio adding a backlog of Covid-19 fatalities.

The number of excess deaths linked to the pandemic has significantly exceeded reported deaths from Covid-19, due in part to underreporting caused by issues like shortages of diagnostic tests early in the pandemic, according to health researchers. Officials in Ohio said Wednesday the state may have underreported as many as 4,000 Covid-19 deaths because of “process issues,” while a year-end audit in Indiana revealed 1,507 additional fatalities.

The recent decrease in Covid-19 deaths solidifies a trend of hopeful signs following a brutal wintertime surge, with cases and hospitalizations showing declines first. Deaths are a lagging indicator, and it can take several weeks for people admitted to hospitals for severe illness to succumb to the disease, said William Janssen, a pulmonologist and head of the critical care team at National Jewish Health in Denver.

“Patients that die from Covid don’t typically die on the day they are admitted to the hospital,” Dr. Janssen said.

The seven-day average of newly reported U.S. coronavirus cases, which helps smooth out irregularities in data reporting, fell to 101,757 on Thursday, the lowest point in three months, according to Johns Hopkins data. Hospitalizations have also fallen to their lowest level in around three months, and pressure has eased on intensive-care units, with 15,190 Covid-19 patients requiring treatment in ICUs.

The latest federal data on nursing homes—through Jan. 31—show what appear to be six straight weeks of declining counts of new resident deaths linked to these facilities, with the pace of declines picking up in recent weeks. The latest count of 2,872 Covid-19 deaths in the week ended Jan. 31 is roughly half the weekly level seen at the end of December.

The latest number will likely be revised upward in future reports, based on recent trends, but not enough to break the trend of smaller weekly death counts. The Centers for Medicare and Medicaid Services releases a new week of nursing home data each Thursday.

Because long-term care facilities have consistently represented more than a third of all U.S. deaths, the push to vaccinate these facilities and restrain a pandemic-long problem of deadly outbreaks has the potential to drive a noticeable decline in overall U.S. deaths, too. Nearly 4 million people in long-term care, including residents and staff, have received one or more vaccine doses, according to the Centers for Disease Control and Prevention.

“I do think we are observing real signs of improvements in terms of nursing home Covid mortality, and given the high share of deaths attributable to long-term care facilities, I believe we will see a further decline in overall mortality in the coming days,” said David Grabowski, a professor at Harvard Medical School, via email.

Dr. Janssen also said he expects deaths to continue to decline in the short term, though he is concerned about possible outbreaks driven by new, more infectious variants of the virus. He said he also worries that fatigue over social distancing and mask wearing could also cause coronavirus infections and, eventually, deaths to rise again.

“Vaccinations will help prevent infections and deaths,” he said, “but we still have a long way to go on this front.”

California, the most populous state, recently surpassed New York as the state with the most Covid-19 deaths, with more than 45,000 reported fatalities. Even so, California, which is only just beginning to come out of a prolonged and deadly surge, has less deaths per 100,000 people than New York, according to data from the Center for Disease Control and Prevention.

The daily death toll in California remains high, with the 14-day average showing 464 deaths as of Wednesday, down from a peak of 542 on Feb. 1, according to the California Department of Public Health.