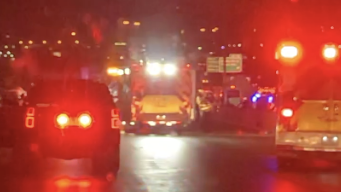 Former UN Ambassador Nikki Haley said that she does not believe former President Trump will run for federal office again in the wake of the Jan. 6 Capitol insurrection, telling Politico in an extensive profile: “I don’t think he can. He’s fallen so far.”Why it matters: Haley has left little doubt that she will run for the GOP presidential nomination in 2024. The profile by Politico’s Tim Alberta painted the picture of a staunch Republican who has wavered between defending and condemning her former boss — who still holds massive influence within the party’s base.Stay on top of the latest market trends and economic insights with Axios Markets. Subscribe for freeBehind the scenes: “Since last fall, I’ve spent nearly six hours talking with Haley on-the-record,” Alberta wrote. “I’ve also spoken with nearly 70 people who know her: friends, associates, donors, staffers, former colleagues. From those conversations, two things are clear. First, Nikki Haley is going to run for president in 2024. Second, she doesn’t know which Nikki Haley will be on the ballot.”The big picture: In December, before the Capitol riot, Haley defended Trump’s refusal to concede defeat to Joe Biden and his indulgence in election conspiracy theories, blaming his lawyers for doing him “a disservice” by not telling him the truth of his loss.”I understand the president. I understand that genuinely, to his core, he believes he was wronged,” Haley told Politico in December. “This is not him making it up.”She equated Trump’s perception of the false election claims to a colorblind person, saying: “That would be like you saying that grass is blue and you genuinely believing it. Is it irresponsible that you’re colorblind and you truly believe that?”“There’s nothing that you’re ever going to do that’s going to make him feel like he legitimately lost the election. He’s got a big bully pulpit. He should be responsible with it,” she added.After the riot, Haley told Politico in a subsequent interview that Trump had “let us down,” referring to Republicans.”He went down a path he shouldn’t have, and we shouldn’t have followed him, and we shouldn’t have listened to him,” she said. “And we can’t let that ever happen again.”The former governor of South Carolina specifically criticized Trump for turning on Vice President Pence in his campaign to force him to overturn the Electoral College vote, even though Pence lacked that constitutional authority to begin with.”I am so disappointed in the fact that [despite] the loyalty and friendship he had with Mike Pence, that he would do that to him,” Haley said. “Like, I’m disgusted by it.”Yes, but: Despite her harsh words for Trump’s actions, Haley said that she believes impeachment is a “waste of time.” Instead, she said Trump’s isolation from mainstream politics is enough of a punishment.”I think his business is suffering at this point. I think he’s lost any sort of political viability he was going to have. I think he’s lost his social media, which meant the world to him. I mean, I think he’s lost the things that really could have kept him moving.”Worthy of your time: Read the full profile Go deeper: Nikki Haley’s new PAC steers clear of Trump brandLike this article? Get more from Axios and subscribe to Axios Markets for free.