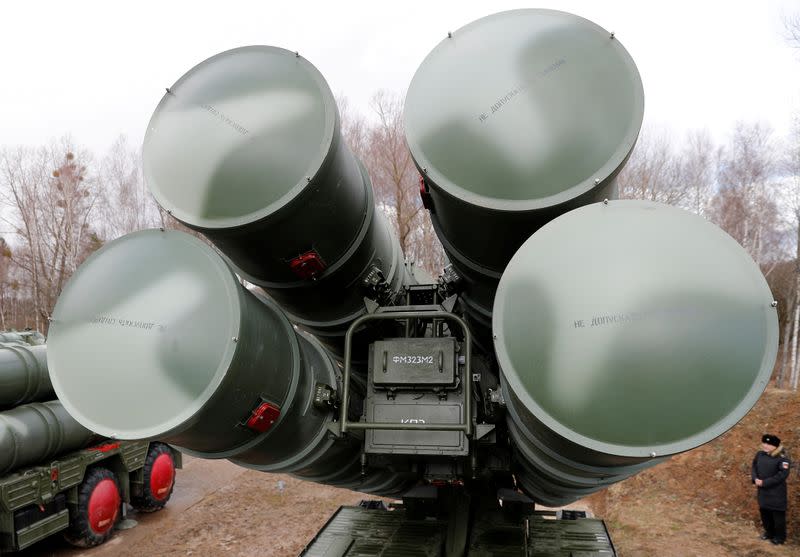 By Humeyra Pamuk and Daphne Psaledakis

“I would expect the secretary and his Turkish counterpart will have an opportunity to chat, to connect in the coming days, State Department spokesman Ned Price told reporters.

Asked whether the United States is considering Turkey’s recent suggestion that it may not need to make the Russian S-400 missile defense systems operational all the time, Price said Washington’s policy remained unchanged.

“Russian S-400s are incompatible with NATO equipment, they threaten the security of NATO technology, and they’re inconsistent with Turkey’s commitments as a NATO ally,” Price said.

Turkey’s defense minister, Hulusi Akar, was cited on Tuesday as saying that Turkey would propose only partially activating its S-400s in negotiations with the United States, which sanctioned Ankara over the air defense systems in December.

Price did not say whether Washington would consider the proposal, reiterating that the U.S. policy remains the same and that Washington continues to urge Turkey not to retain the S-400 system.

“Turkey is a long-standing and valued NATO ally. … We seek cooperation on common priorities, and as with any ally, we engage in dialogue to address disagreements,” Price said.

Washington sanctioned Ankara for acquiring the S-400s on grounds they threaten its advanced F-35 fighter jets and are incompatible with shared NATO defenses, something that Turkey rejects. Turkey says the systems will stand independently from NATO defenses.

Since Democrat Joe Biden was elected U.S. president, Ankara has said it wants better ties and again proposed an S-400 joint working group. Washington has repeatedly rejected that and says sanctions will remain until Turkey no longer possesses the missiles.