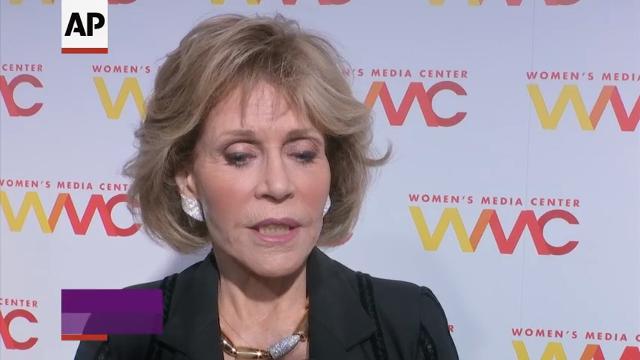 Ashley Judd on support over Weinstein: ‘I feel loved’

Speaking on the red carpet of the Women’s Media Center Awards in New York, actress Ashley Judd said she hopes the flurry of allegations against producer Harvey Weinstein helps to end sexual harassment and assault in the workplace. (Oct. 27)

Ashley Judd is opening up about her harrowing experience shattering her leg in an African rainforest.

According to Judd, the accident occurred while she was on a trip to the Democratic Republic of the Congo to research bonobo apes. While walking in the dark with a faint headlamp, Judd said she tripped over a fallen tree.

“An incredibly harrowing 55 hours” followed, the actress continued. “It started with five hours of lying on the forest floor.. biting my stick, howling like a wild animal.”

Judd said that one of her colleagues supported her “badly misshapen” leg, while another ran for help. During this time, Judd said she was lying in agony for hours, knowing that this was only the beginning of the pain.

“I’m going into shock,” she recalled. “I’m passing out… and all I can do is narrate and say, ‘The pain is really bad right now. My teeth are chattering. I’m in a cold sweat. I think I’m gonna vomit. Can I have some water? The Lord is my shepherd. I shall not want.’ And I believe that God is with us in our suffering.”

Five hours later, Judd said she was carried in a hammock for an hour-and-a-half-long trek out of the rainforest and back to camp. Judd was later driven on a motor bike to a hut where she stayed the night and then was flown out on a bush plane to the capital city of Kinshasa.

Ashley Judd: Fight against sexual misconduct is about ‘ending impunity’ for offenders

“I had to physically hold the top part of my shattered tibia together,” she recalled of the six-hour motor bike ride. “I was at the edge of my very edge.”

Eventually, Judd made it to an operating table in South Africa – something she knows is not afforded to most people who live in the Congo.

According to Judd, her right foot is currently lame, and it’s going to take time and intensive physical therapy to heal it.

“Of course, I will walk again, because I’m determined, and I believe in modern science, and I also believe in miracles, but there’s not really a time frame for when I’m gonna be bipedal,” she said. “I have a journey ahead of me.”

The actress also highlighted the lack of adequate health care in the Congo, which she noted is not equipped to deal with medical emergencies like the one she experienced.

“We’re talking about not just a lack of electricity,” she continued, “but a lack of a simple pill to kill the pain when you’ve shattered a leg in four places and have nerve damage.”