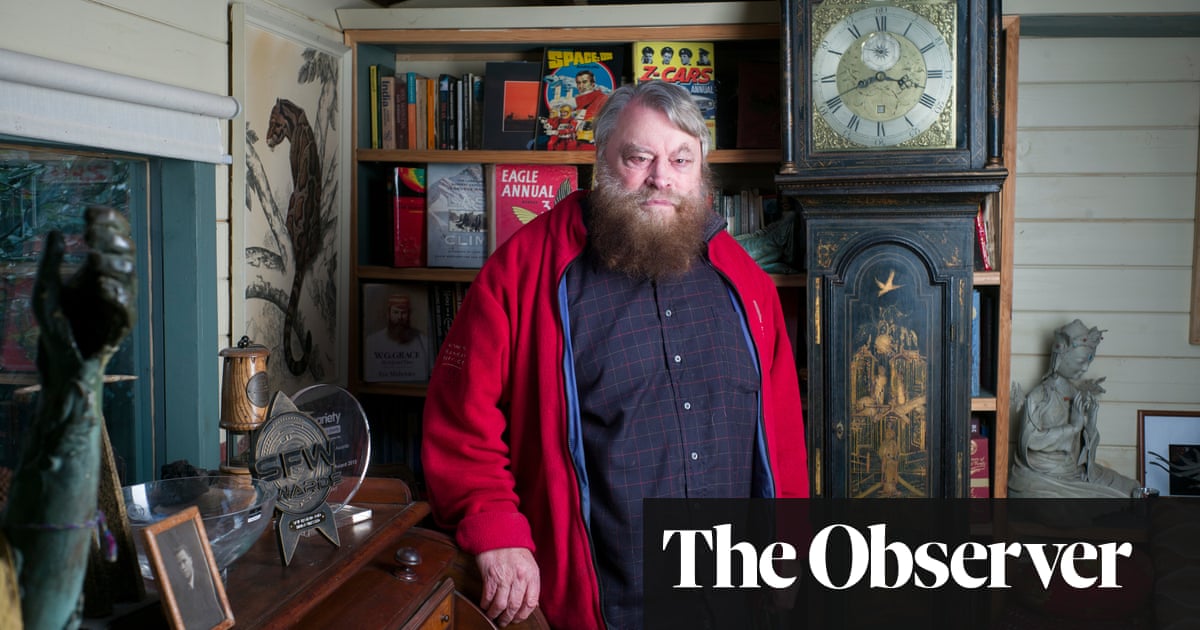 I grew up in Goldthorpe, halfway between Doncaster and Barnsley. We’d play soldiers in the Anderson shelter. The Flying Scotsman and the Mallard would come along the railway line. The teachers adored me at school. I was a boxing champion, but highly imaginative, too.

I’d sit outside my house aged six or seven reading the Beano, waiting for my father to get home from the coal mines. I’d see the light from his pit helmet shining through the mist and he’d pick me up with his blackened face and carry me into the house.

Inside was like an Ovaltine advert, with a burning fire and a black kettle. My dad would have a bath, then we’d put on the radio. We listened to Saturday Night Theatre: “The time is 8.30, Curtain Up now presents: Treasure Island. ‘Pieces of eight,’ said the parrot.” Or we’d journey into space in The Lost World or The War of the Worlds. Then I’d go out into the street and fire my bow and arrow at the bloody V-2 bloody rockets blowing up Sheffield. That bastard. We beat him in the end.

I remember when Hitler died. There were these Italian soldiers who were very sweet. I ran across to the gate and shouted, “Hitler’s dead! The war is over!” And these soldiers started cheering. They couldn’t stand Hitler. “I can go home! Thank you, thank you.” They all started singing. They were very colourful days.

The BBC wanted me to be Doctor Who. They said, “William Hartnell is getting older. We’d like you to play the Doctor in a different way.” I was still a young man, so I said, “I’d be interested, but I want to make him Oriental. His name is Who, so I’d like to play him like Charlie Chan.” That terrified them. They went, “Good God, no!” and dropped the idea.

Everywhere I go, children come up to me because of Grampy Rabbit [in Peppa Pig]. Grampy Rabbit loves going on adventures, just like me. I’ve been 50% explorer and 50% actor for 60 years.

People think that I’m a noisy person, but I’m only loud when I choose to be. I’ve played lots of very quiet parts. I love peace and quiet. I like writing enormously. And, of course, I love taking expeditions. I’ve climbed Everest and I’m the oldest man to reach the North Pole on foot.

I completed space training in Moscow. I want to get out into space. We need to give the Earth a rest. We’re only children. We haven’t started to explore yet. We’ll get there.

I have a cabin in some overgrown woods. It’s absolute bliss. I love gardening and all that. Kenneth Branagh comes over once a week and we discuss all his films. Life is very colourful. We’re going to make it through this bloody virus.

Flash Gordon: The 40th anniversary 4K edition is out now

Sorgente articolo:
Brian Blessed: ‘I’m only noisy when I choose to be’ – The Guardian