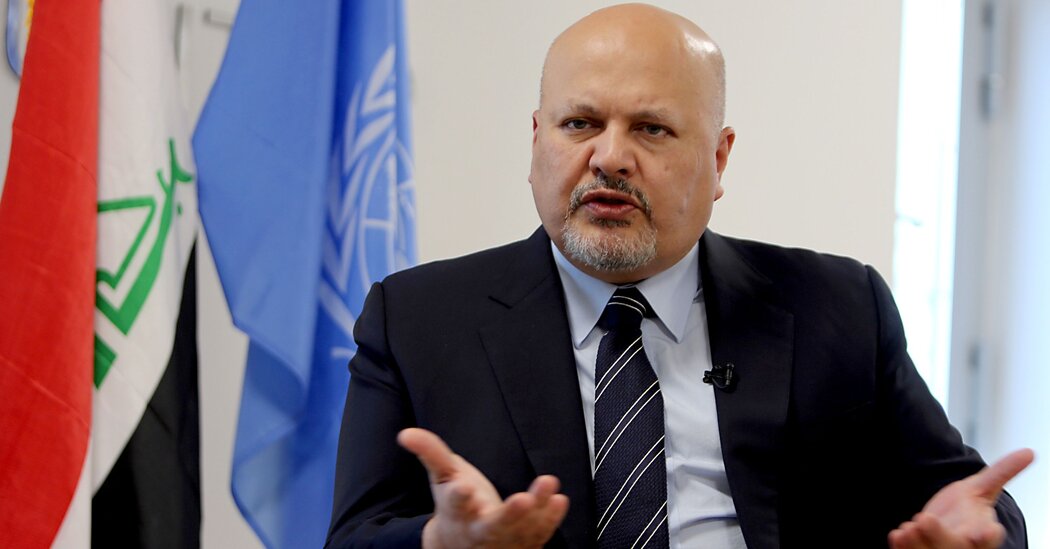 Mr. Khan, 50, currently leads a U.N. group investigating war crimes attributed to the Islamic State. He is a familiar figure on the international legal scene in The Hague, where he is known for his trial skills, and has served over the years for both the defense and the prosecution.

The appraisals committee, which vetted candidates for the prosecutor’s job, described Mr. Khan as “a charismatic and articulate communicator who is well aware of his achievements.”

He became known in The Hague for his high-profile clients, among them Saif el-Qaddafi, son of the Libyan dictator. When Mr. Khan was assigned to act as court-appointed lawyer for Charles Taylor, the former president of Liberia charged with terror, murder, rape and other war crimes, Mr. Taylor fired him, sending Mr. Khan storming out of the court.

“You don’t just get up and waltz out of here,” the irked presiding judge said as Mr. Khan headed for the door. “You’re really verging on contempt.”

Given Mr. Khan’s previous roles as defense counsel “in a number of ongoing cases before the I.C.C.,’’ the chances are “considerable” that he will have to recuse himself from several cases, the committee noted.

Perhaps his most contentious case involved his defense of Vice President William Ruto of Kenya, who was charged with crimes against humanity during postelection violence in 2007. The I.C.C. judges declared a mistrial because of “a troubling incidence of witness interference and intolerable political meddling” by Kenyan officials. Mr. Khan was not accused of any wrongdoing, but the court has charged three Kenyans with “witness tampering” in the case.

Mr. Khan’s predecessors, Ms. Bensouda and Luis Moreno Ocampo, were both appointed by consensus. But this time a number of countries and civil society groups, wanting a more transparent and competitive selection process, set up a special committee to interview candidates.