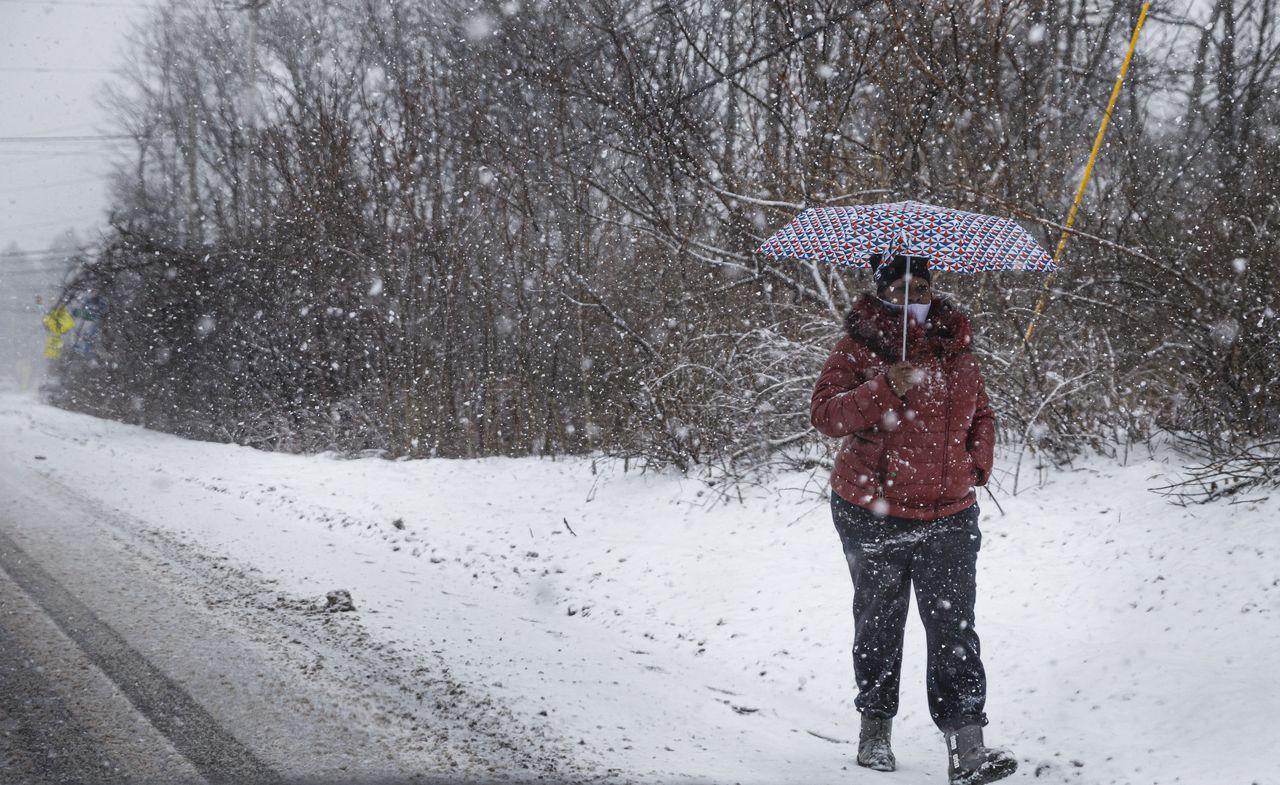 Snow and ice could crop up in parts of the midstate this weekend, but worse storms are on the horizon, according to a hazardous weather outlook issued Saturday morning by the National Weather Service.

The NWS said two winter storms moving through the area Monday into Tuesday and Thursday into Friday could bring significant snow and ice accumulation.

Meteorologist David Martin said it appears the storm will be fast-moving, but could drop several inches of snow, sleet and freezing rain between Monday night and Tuesday. The Thursday and Friday storms could have similar effects, Martin said.

Snow, sleet and freezing rain are possible at times throughout Monday and Tuesday, forecasters said.

Patchy snow and ice is also possible Saturday afternoon and evening, according to the hazardous weather outlook. AccuWeather predicted about 0.05 to 0.25 of an inch of ice will form between 10 p.m. Saturday and 3 p.m. Sunday.

The outlook is in effect Dauphin, Cumberland, Perry, Lebanon, York, Lancaster and a number of other counties. A full list can be found here.

A chance of snow and freezing rain is possible until 8 a.m. Sunday, forecasters said.

It doesn’t appear the snowy weather will be letting up any time soon. Snow or ice — or both — is forecasted through at least next Friday.