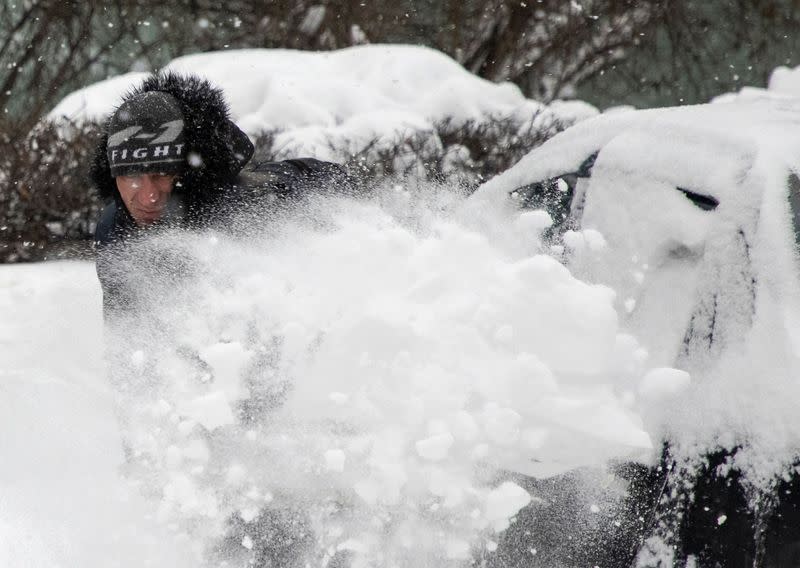 MOSCOW (Reuters) – Heavy snowfalls have buried Moscow in massive snow piles, disrupting transport, delaying flights and making it tough to get around for pedestrians braving strong winds and temperatures of minus 15 Celsius (5 Fahrenheit).

The snowfall started late on Thursday and was expected to end on Sunday. Russia’s emergency service advised people to stay away from trees, warning of winds gusts of 18 metres per second (40 mph). “It’s a real snowstorm, a snow Armageddon, a snow apocalypse. This is not a practice alert, but a combat alert,” Evgeny Tishkovets from the weather service Fobos was quoted by RIA news agency as saying before the snowfall began.

By early Saturday, snow depth in the city reached 56 centimetres (22 inches), Fobos said. This was close to exceeding a record high of 60 cm for accumulated snow on a Feb. 13, it said.

There have been multiple flight delays at the airports in Moscow, a city of more than 12 million people. Unusually for a weekend, traffic was jammed in many places.

Around 60,000 people were working to clear the streets, the Moscow mayor’s office said.