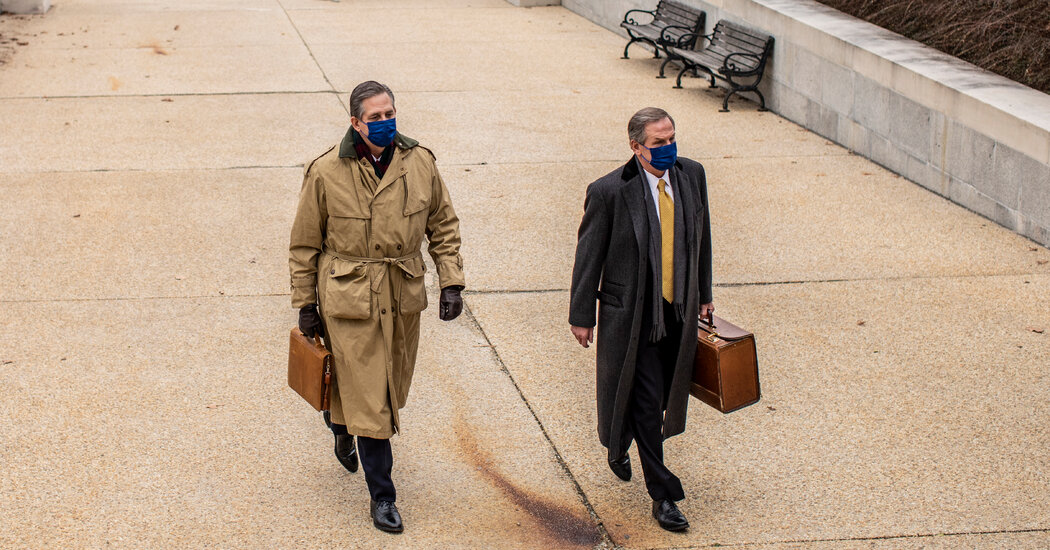 But Mr. Trump’s advisers struggled to find a legal team that would defend him.

But just over a week before the trial was to begin, Mr. Bowers and the four lawyers connected to him abruptly left, though another lawyer, David I. Schoen, who was expected from the beginning to be part of the team, remained on board.

In another reminder of his ad hoc approach, Mr. Trump asked associates on Thursday night whether it was too late to add or remove lawyers from the team, as Mr. Schoen briefly told the team he was quitting over a debate about how to use the video clips the defense showed on Friday. Mr. Trump called Mr. Schoen and he agreed to rejoin the team, two people briefed on the events said.

Just a few hours before Mr. Trump’s team was to appear in the well of the Senate, the group was still hashing out the order of appearance of his two chief lawyers, Mr. Schoen and Bruce L. Castor Jr. In the end, they decided that a third lawyer, Mr. van der Veen, would deliver the opening act.

The uncertainty apparently stemmed from Mr. Castor’s widely panned appearance on Tuesday, when he delivered a rambling, unfocused opening statement that enraged his client. Mr. Trump has told advisers and friends he did not want to hear from Mr. Castor anymore, people familiar with the Trump team’s discussions said.

People familiar with the makeup of the legal team said that Eric Herschmann, a lawyer and ally of the president’s son-in-law, Jared Kushner, who worked in the West Wing in the final year of the administration, was a key figure in putting it together.