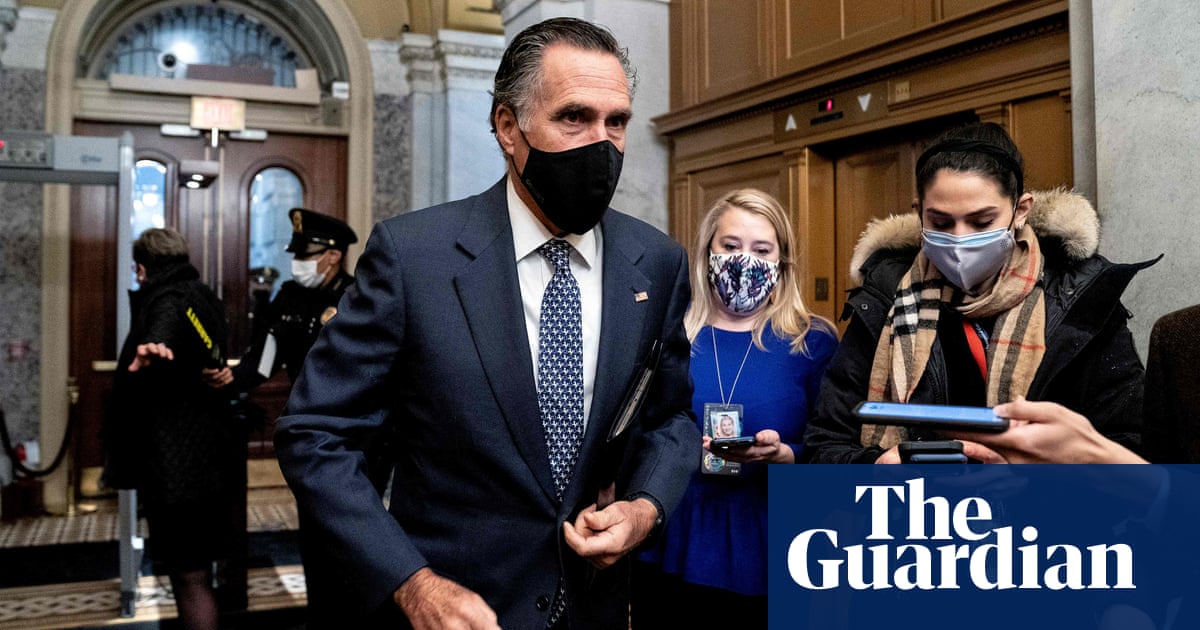 Mitt Romney suggested on Saturday that a heated argument he was seen to have with a Republican colleague in the Senate chamber was not about whether witnesses should be called in Donald Trump’s impeachment trial – but concerned the age-old question: “Boxers versus briefs”.

After a surprise move by House managers on Saturday morning, Romney was one of five Republicans to vote for the calling of witnesses.

Ron Johnson of Wisconsin was among 45 who still backed their former president, who went on to be acquitted of inciting the deadly insurrection at the US Capitol on 6 January. But before a deal was struck to avoid calling witnesses, Romney and Johnson were seen to engage in a fierce exchange.

Quoting Jason Donner, a Fox News producer, Andrew Desiderio, a Politico reporter, tweeted: “Ron Johnson turned to Mitt Romney and was upset with him, even pointing at him once. Johnson was visibly upset …

“They were going back and forth with [Alaska senator Dan] Sullivan in the middle of them. I heard Johnson tell Romney, ‘Blame you.’ Voices were definitely raised.”

Johnson complained that the exchange had been reported, telling reporters: “That’s grotesque you guys are recording this.” Reporters pointed out the exchange happened in public, on the Senate floor.

Romney sought to defuse the row, telling reporters it was about underwear preferences. “We were arguing about boxers versus briefs,” he reportedly said.

As it happens, as an observant member of the Church of Jesus Christ of Latter-Day Saints, Romney has been seen to wear a “temple garment” under his clothes. Some public figures have been condemned for mocking the two-piece underwear as “magic Mormon underpants”. Members of the church regard such mockery as prejudiced and offensive.

In 2012, as Romney ran for the White House and the singer Cher ran into trouble for mocking his underwear, one news outlet offered a guide to the garment. On Saturday, though, for anyone seeking to use the guide to divine which side of the “boxers versus briefs” argument Romney might have taken against Johnson, enlightenment remained elusive.

Sorgente articolo:
Romney: impeachment row with fellow Republican was about ‘boxers or briefs’ – The Guardian