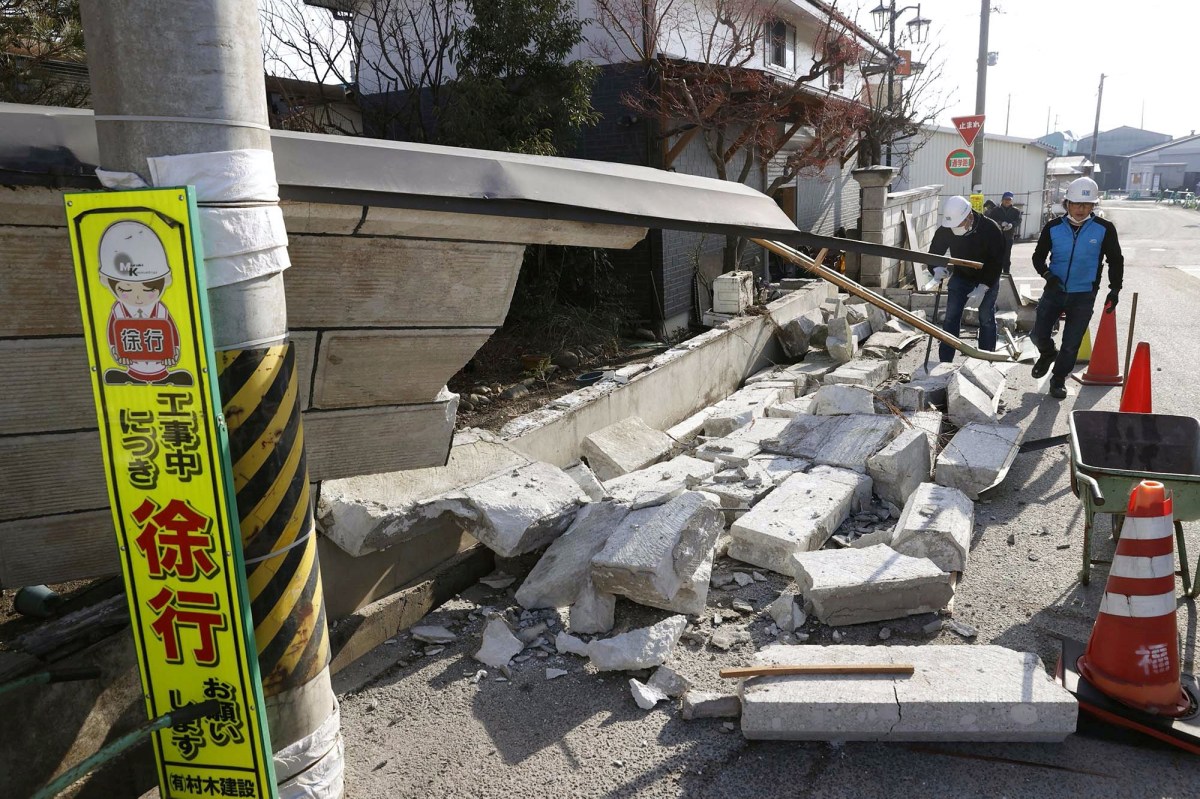 Trains were halted over a wide swath of northeastern Japan on Sunday after more than 100 people were injured in an earthquake that appeared to be an aftershock from the devastating quake that hit the area in 2011.

The 7.3 magnitude quake struck shortly before midnight Saturday and cracked walls, shattered windows and set off a landslide in Fukushima, the area closest to the epicentre.

The Japan Meteorological Agency said the quake was believed to be an aftershock from the magnitude 9.0 March 11, 2011 earthquake that set off a tsunami and the world’s worst nuclear accident in 25 years. The agency warned of aftershocks for several days.

The quake shook buildings in the Japanese capital Tokyo hundreds of kilometres (miles) away.

Though hundreds of thousands of buildings lost electricity just after the quake, which struck at 11:08 p.m. local (1408 GMT), power had been restored to most by Sunday morning.

Several thousand households remained without water, though, and residents lined up with plastic jugs to receive water from trucks.

The power outages did not affect any of the Pfizer Inc COVID-19 vaccines that arrived on Friday for inoculations that are to start this week, Chief Cabinet Secretary Katsunobu Kato told a Sunday morning news conference.

At least 104 people were injured, NHK national television said, including several who suffered fractures, but there were no reported deaths.

There was no tsunami, and no reports of irregularities at any nuclear plants. NHK reported that about 160 ml (5 ounces) of water had leaked from a spent fuel pool at the Fukushima Dai-Ni reactor but that this presented no danger.