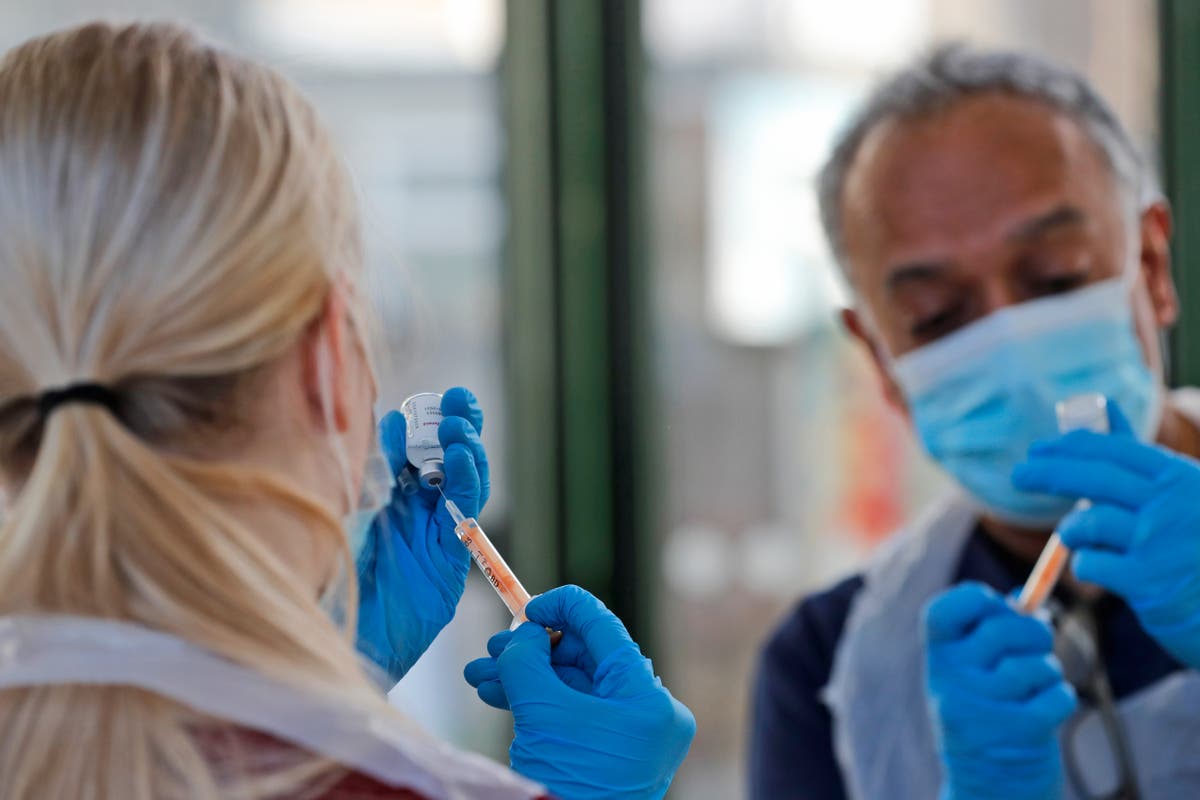 he UK has administered more than 15 million vaccinations, official data has revealed.

It comes after Health Secretary Matt Hancock said he hoped a combination of vaccines and new treatments will mean Covid-19 could be a “treatable disease” by the end of the year.

But concerns have been raised about the rate of vaccine uptake among some communities.

Mr Hancock issued a direct appeal to anyone over 70 who has still not had the jab to contact the NHS over the weekend to book an appointment.

“I am determined that we protect as many of our country’s most vulnerable people from this awful disease as soon as possible,” he said. “Vaccines are the way out of this pandemic.”

Uptake of the vaccine has mostly been high, with the Department of Health and Social Care (DHSC) reporting a 93 per cent take-up rate among the over 75s in England.

The DHSC is now seeking to work with community organisations and charities in England to address the concerns that are making some reluctant to get the jab, while seeking to dispel “myths” circulating on social media.

Sir Simon Stevens, the chief executive of NHS England, praised staff for their efforts in reaching millions of people with vaccines.

On a visit to University Hospitals Coventry and Warwickshire NHS Trust with May Parsons, the nurse who delivered the first vaccination in the world outside of a clinical trial to Maggie Keenan in December, Sir Simon said: “It is thanks to fantastic staff like May that the NHS is delivering Europe’s fastest and largest Covid vaccination programme.

“The whole of the NHS has mobilised to protect the most vulnerable, supported by communities coming together with volunteers, local authorities, the armed forces and local businesses.

“After a year of huge pandemic pressure, it has been a huge and unique team effort that gives us real hope for the future.”