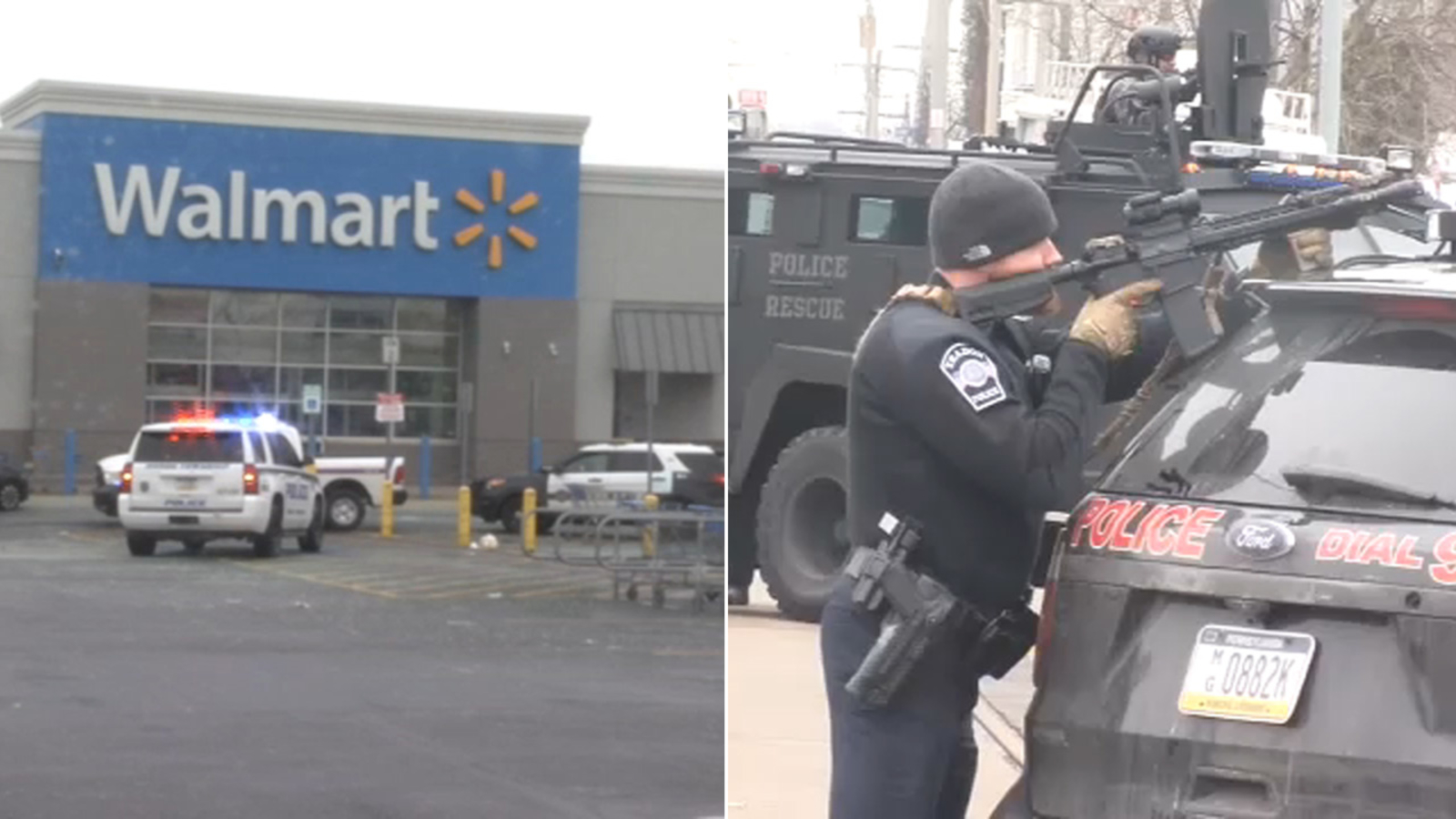 DARBY, Pennsylvania (WPVI) — A shooting inside a Walmart led to a standoff situation in Darby, Delaware County on Sunday afternoon, Action News has learned.

Around 8:30 a.m. police say the male suspect fired a shot inside a Walmart located on MacDade Boulevard in Glenolden.

Police confirm the suspect fired a shot at an employee but missed. The incident may have been over a video game. No one was injured.

On Sunday afternoon, SWAT and a several dozen officers swarmed a home on the 400 block of Main Street in Darby Borough where the suspect reportedly lives. Police used the suspect’s phone to trace him to the Darby location, according to investigators.

The Action Cam showed officers with their guns aimed at a building and multiple law enforcement officials on foot covering the streets.

For hours, officers tried to get the suspect to come out of the home, but police now believe the suspect fled before they got there.

Residents in the area were allowed to return to their homes around 4 p.m.

Police say the suspect may be armed and dangerous. He has not been identified at this time.

Anyone with any information is asked to call police.