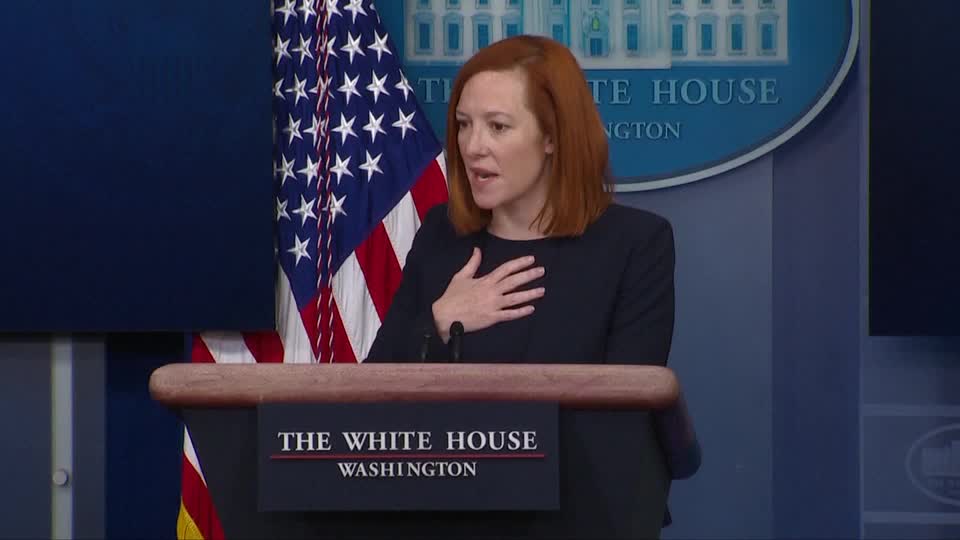 Vanity Fair reported Ducklo used sexist and misgynistic language in a conversation with a Politico report over a story about Ducklo’s romantic relationship with another member of the press.

Psaki said that when Ducklo returns from his suspenstion he will no longer be assigned to work with reporters at Politico.

“No one wants anyone to feel uncomfortable, to be put in an uncomfortable position. And that’s not behavior that we will tolerate.”

JEN PSAKI: Well, let me first say, obviously Caitlin, that I take this very seriously. I’m a woman, obviously, but I’ve been in this town working in press and communications for nearly 20 years, almost 20 years. And I think many of you know me and have worked with me closely, and many of you know many people in this building, including the President, who take these allegations quite seriously.

TJ Ducklo, who is the deputy who you’re asking about, has apologized to the reporter. Apologized to the reporter quite shortly after the comments were made. He had a heated conversation about a story related to his personal life. I’m not saying that’s acceptable, but I just want to be clear that it was not about an issue related to the White House or a White House policy, or anything along those lines.

He’s the first to acknowledge this is not the standard of behavior set out by the President, nor is it the standard of behavior set by me, and I’m his direct supervisor. In addition to his initial apology, he sent the reporter a personal note expressing his profound regret. The ask, he has been placed as you noted, on a one week suspension without pay. That is a significant step. I’m not aware of a history of that step being taken, you all can check me on that.

And in addition, when he returns, he will no longer be assigned to work with any reporters at “Politico.” No one wants anyone to feel uncomfortable, to be put in an uncomfortable position, and that’s not behavior that we will tolerate. So those were the steps that were taken and we felt it was a serious punishment.