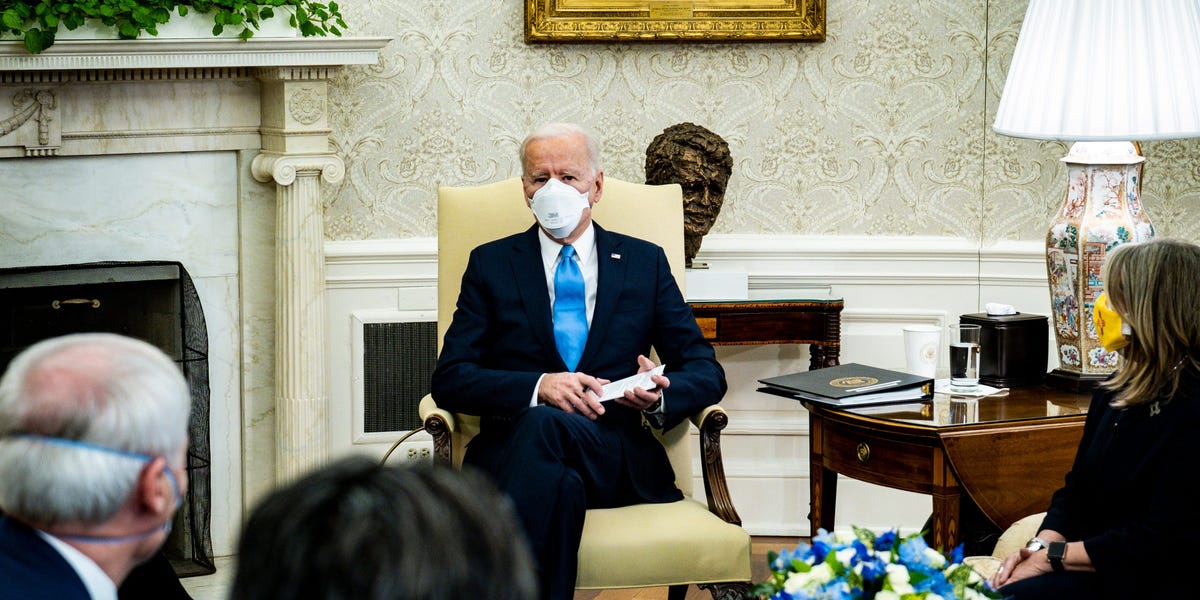 President Joe Biden pressed ahead with his $1.9 trillion emergency spending package throughout the week even as the second impeachment trial for former President Donald Trump got underway.

A split-screen appeared on Friday. As the trial started reaching its end, Biden continued attempting to muster support for his stimulus package. He met with a bipartisan group of mayors and governors to make his case for robust funding for strapped state and local governments.

The president has refused to get dragged into the impeachment proceedings, arguing there were bigger crises at hand. Biden recently said he was not watching the trial. Last month, Democrats charged Trump with an article of impeachment for instigating the January 6 insurrection at the Capitol that left five people dead.

“We have already lost over 450,000 people, and we could lose a whole lot more if we don’t act and act decisively,” Biden said on Tuesday. “As I have said before, children are going to bed hungry. A lot of families are food-insecure. They are in trouble. That’s my job.”

House committees were set to wrap up their markups of the legislative text on Friday, and a key panel cleared the biggest portion of the legislation with $1,400 direct payments for individuals making up to $75,000 a year.

It also includes $400 weekly federal unemployment benefits, assistance to state and local governments, and $160 billion in vaccine distribution and virus testing funds among other measures.

Meanwhile, Speaker Nancy Pelosi doubled down on her aggressive timeline to get the legislation approved in Congress.

“We hope to have this all done by the end of February, certainly on the President’s desk in time to offset the March 14th deadline where some unemployment benefits will expire,” Pelosi said on Thursday.

With nine House committees finished, it will go to the House Budget Committee next week, which is tasked with compiling the bills into one piece of legislation. The House Rules Committee will set the terms of debate with Democrats gearing up for a floor vote during the week of February 22.