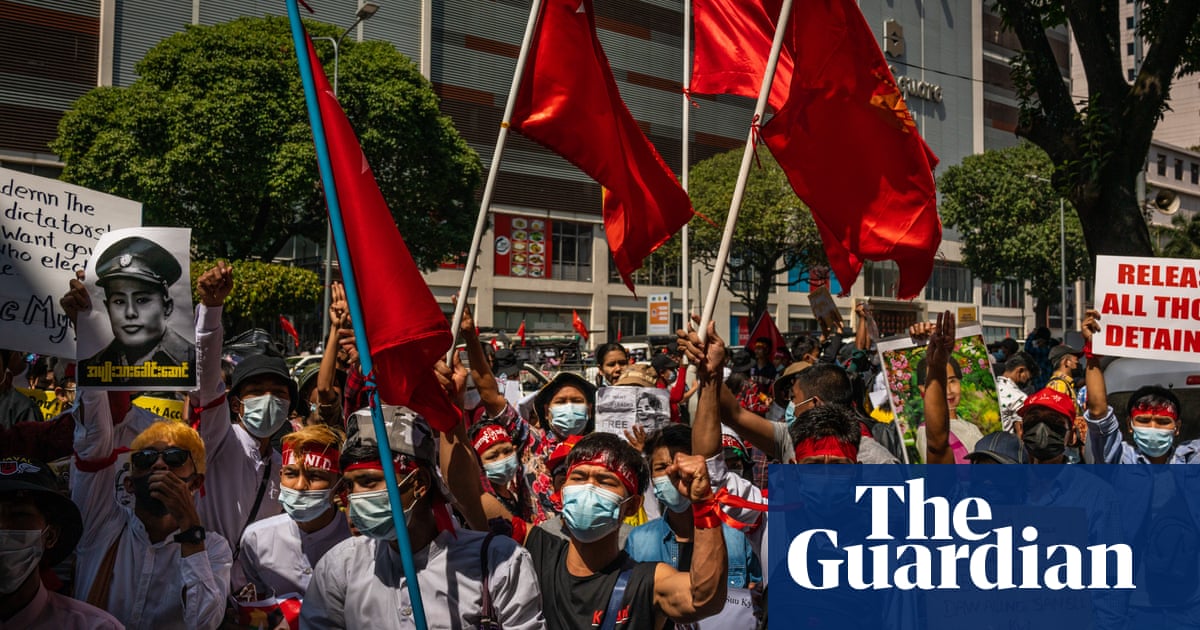 Myanmar’s junta has suspended laws constraining security forces from detaining suspects or searching private property without court approval and ordered the arrest of well-known backers of mass protests against the coup.

The announcements came on Saturday, the eighth day of country-wide demonstrations against the 1 February takeover and detention of the elected leader, Aung San Suu Kyi, which halted an unsteady transition to democracy that began in 2011.

A statement signed by the military ruler, Gen Min Aung Hlaing, ordered the suspension of three sections of the laws “protecting the privacy and security of the citizens”, which had been introduced after Myanmar opened up from half a century of army rule.

The sections suspended include the requirement for a court order to detain prisoners beyond 24 hours and constraints on security forces’ ability to enter – and if need be damage – private property to search it or make arrests. The suspension also frees authorities to spy on all communications.

The coup has prompted the biggest street protests in more than a decade and has been denounced by western countries, with the US announcing some sanctions on the ruling generals and other countries also considering measures.

Before Myanmar began democratic reforms, it was one of the world’s most isolated countries. In another echo of the old era, the junta reintroduced a requirement for villages and wards in towns to register anyone staying overnight.

As anti-coup protests sprang up again in the biggest city, Yangon, the capital, Naypyidaw, and elsewhere on Saturday, the army said arrest warrants had been issued for seven high-profile critics of military rule over their comments on social media.

People should inform the police if they spot any of the seven people named and will be punished if they shelter them, the army’s information team said in a statement.

It said cases had been filed under a law which imposes up to two years in prison for comments that could cause alarm or “threaten tranquillity”.

On the wanted list is Min Ko Naing, 58, who was imprisoned for most of the time between 1988 and 2012, and who has been one of the most prominent figures in encouraging the protests and a civil disobedience movement.

Reuters was not immediately able to reach him for comment.

“I am so proud to have a warrant issued along with Min Ko Naing. Catch me if you can,” said another, Ei Pencilo, to her more than 1.6 million followers on Facebook.

Like several of those named, she worked with Suu Kyi’s National League for Democracy (NLD), which won a landslide in a November election the army alleged to be tainted with fraud – an accusation dismissed by the electoral commission.

The UN human rights office said on Friday that more than 350 people have been arrested in Myanmar since the coup by Min Aung Hlaing.

The journalist Shwe Yee Win, who had reported on opposition to the coup in the western town of Pathein, was taken away by police and soldiers on Thursday and has not been heard from since, her TimeAyeyar news website and her mother said.

The government did not respond to requests for comment.

The Assistance Association for Political Prisoners voiced concern about a wave of overnight arrests.

“Family members are left with no knowledge of the charges, location, or condition of their loved ones. These are not isolated incidents, and nighttime raids are targeting dissenting voices,” it said in a statement.

Aung San Suu Kyi, for decades the standard bearer of the fight for democracy in Myanmar, faces charges of illegally importing and using six walkie-talkie radios.

The NLD press officer Kyi Toe said on Facebook that she was healthy under house arrest in the capital, Naypyidaw.

The coup and detentions have prompted anger from western countries. The 47-member UN Human Rights Council adopted a resolution on Friday calling on Myanmar to release detainees and refrain from using violence against protesters.