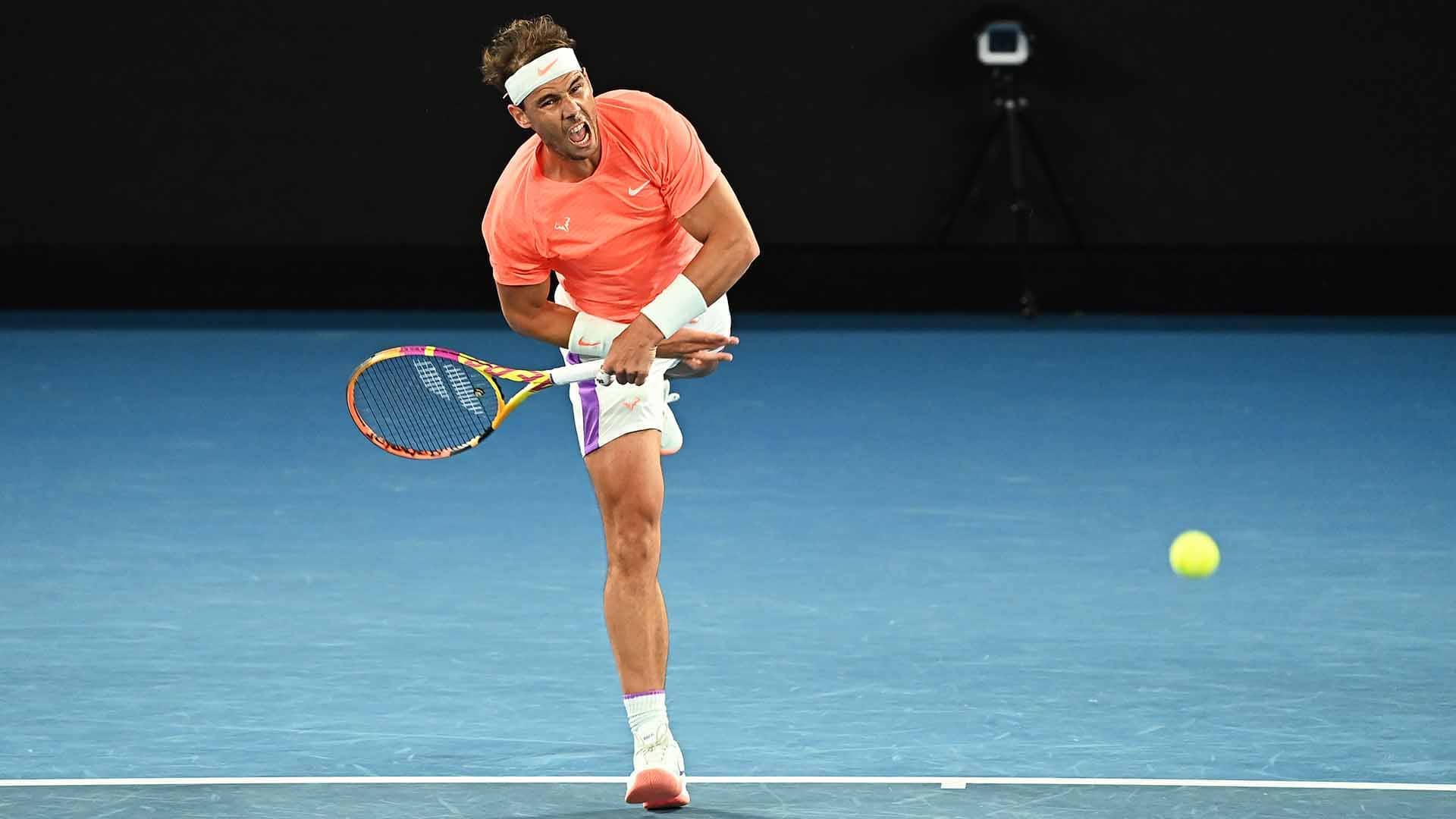 Rafael Nadal earned his 68th win at the Australian Open on Saturday, as he beat Cameron Norrie 7-5, 6-2, 7-5 to reach the Round of 16 at Melbourne Park for the 14th time. The Spaniard’s three-set win confirmed his spot in the second week at the opening major championship of the year, but it was not the greatest victory that he achieved during the sixth day of the tournament.

For the first time in more than two weeks, Nadal noticed an improvement to the stiffness in his back that forced him to skip playing duties at last week’s ATP Cup.

“The back [had not been] getting better each day. [It was] getting better today,” said Nadal. “Today is better. [It is the] first day I [have] felt an improvement, and that’s the most important thing for me today, more than any other thing.”

Following his first-round victory against Laslo Djere, the 2009 champion shared that he had been forced to change his service motion to relieve pressure on his back. Two rounds later, Nadal was able to return to his usual technique.

You May Also Like: Flying Colours: Nadal Aces First-Week Test In Melbourne

During his third-round victory against Norrie, Nadal landed seven aces and won 74 per cent of his service points (61/82). Nadal faced just one break point throughout the two-hour, 14-minute encounter.

“I was not serving my normal serve for the past 15 days. Today is the first day that I started to serve again [with] my normal serve,” said Nadal. “Yesterday, I didn’t practise. Today, [I was] just warming up with the normal movement. I didn’t serve bad, but I can do better. I’m looking forward to doing it better. [It] has been an important victory for me. The biggest victory is the back is better for the first day. That’s the most important thing.”

Nadal’s win against Norrie confirmed a 17th ATP Head2Head clash against Fabio Fognini. The Italian, who played a key role in Italy’s run to the ATP Cup final last week (l. to Russia), defeated Alex de Minaur 6-4, 6-3, 6-4 to reach the Round of 16 in Melbourne for the fourth time.

Nadal will be wary of the challenge that lies ahead. Fognini is one of only four men (Djokovic, Thiem, Gaudio) to own three or more clay victories against the Spaniard and he is the only man to defeat Nadal from two sets down at a Grand Slam (2015 US Open).

If Nadal can claim a 13th win in 17 ATP Head2Head matches against the Italian, he will move three wins away from Grand Slam history. Nadal is aiming to lift a record 21st Grand Slam crown and become the first player in the Open Era (since 1968) to win each of the four major championships on multiple occasions. With the condition of his back improving, Nadal has ended his first week in Melbourne with an important victory.