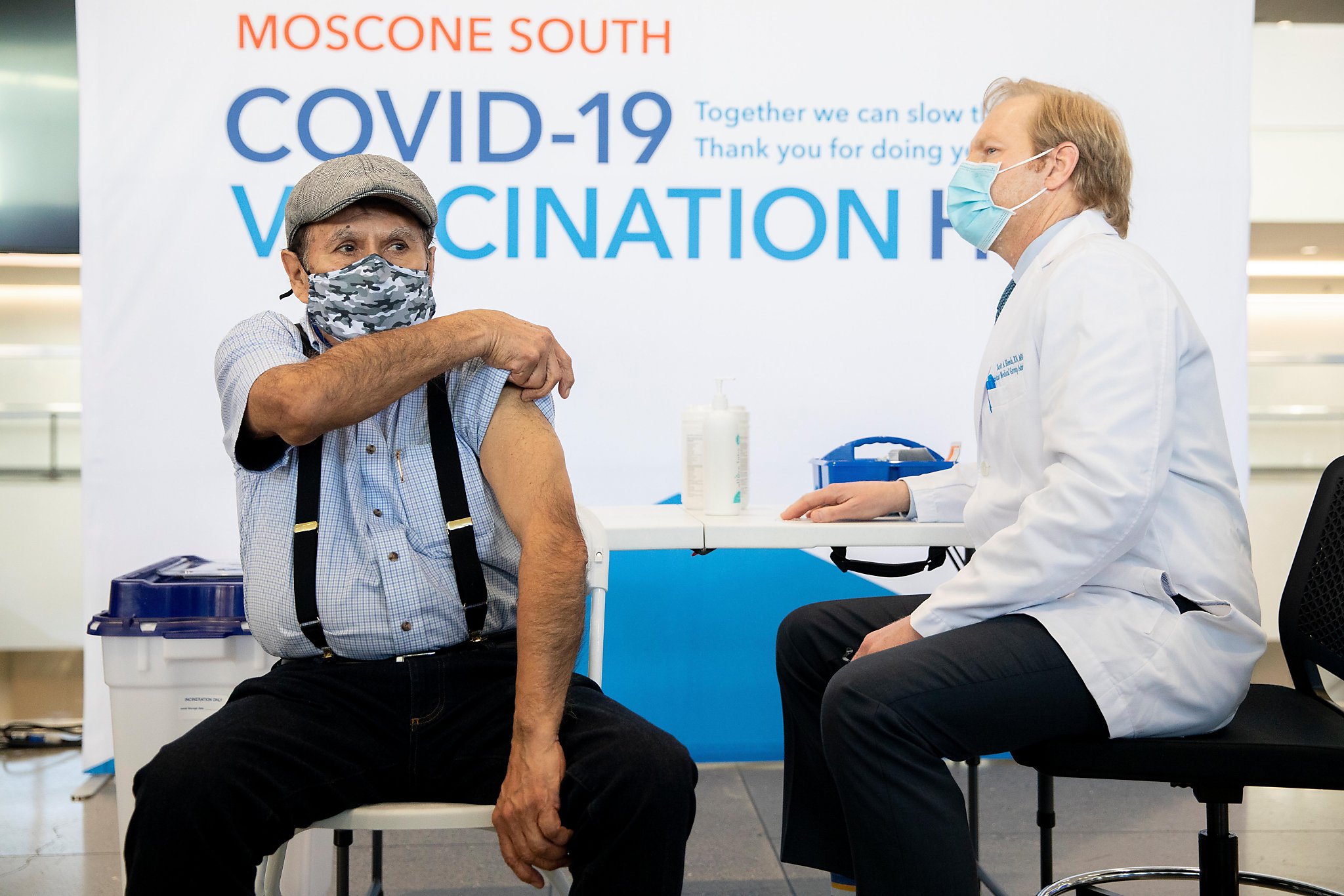 A little more than a week ago, the Moscone Center opened in San Francisco as a high-volume COVID-19 vaccination site.

But now, already facing vaccine shortages from the federal government, the center is temporarily shutting down. The closures, announced Sunday by Mayor London Breed, were the latest local setbacks in a troubled national vaccination program that has left California and Bay Area cities unable to meet demand.

Cities across California have recently opened mass-vaccination sites, only to find they can not get enough vaccines to operate them fully. Cities and health-care providers have also struggled with inconsistent and unpredictable vaccine deliveries from California, which is moving to contract out its delivery network.

Beginning Monday, the city will pause inoculating residents at the Moscone convention facility for at least a week, as well as at the City College of San Francisco, until the next shipment of resupply arrives.

“I’m frustrated because we’ve shown that SF can administer shots as soon as they come in,” Breed said in a tweet. “CCSF has been running well for weeks. The reports from Moscone are overwhelmingly positive. The only thing holding us back is a lack of supply.”

Officials say City College will likely reopen Friday for second doses. A third high-volume site in San Francisco will also open this week as planned, but with fewer available appointments. No existing appointments, which are made on the state’s MyTurn scheduling system, have been canceled.

When the Moscone Center opened earlier this month as a high-volume vaccination site, officials spoke hopefully of getting all city residents vaccinated by the end of June — if enough supply arrived. But despite having the capabilities to administer more than 10,000 vaccines daily, supply has remained inconsistent.

Cities across the state have faced similar struggles, as more vaccines are being administered than those arriving. As of Friday, more than 5.5 million vaccines had been administered in California, Gov. Gavin Newsom said after touring the Moscone Center.

“What this site proves is that the only limitation in our capacity to do more is supply,” Newsom said Friday. “Supply is the constraint. Supply is the issue here in the state of California and all across the country.”

Last month, Newsom said the state will contract with Blue Shield of California to run its vaccine delivery network, which was criticized early in the inoculation program as one of the slowest in the country.

In Los Angeles, five vaccination sites — including Dodger Stadium — closed late last week because of supply shortages. Officials said vaccine delivery had dropped that week from 90,000 to 16,000 doses. In San Jose, the deputy health director said about 6,000 vaccines were being administered daily. The site has capacity for up to 15,000 per day, officials have said.

The Oakland Coliseum was scheduled to open as a vaccination center on Tuesday with capacity to administer 6,000 doses a day and run by the federal government with involvement from California.

As of Feb. 13, San Francisco has received 262,000 doses and administered more than 190,000 — the remaining doses are currently reserved for scheduled first and second appointments.

“There’s no doubt about it, we need more vaccine doses,” said San Francisco Supervisor Matt Haney. “To get this done, we need the doses. But we also need more transparency from the SF Department of Public Health. They’re still not releasing total number of doses we’ve received, how many we expect, and who has them. That’s information that the public should have access to.”