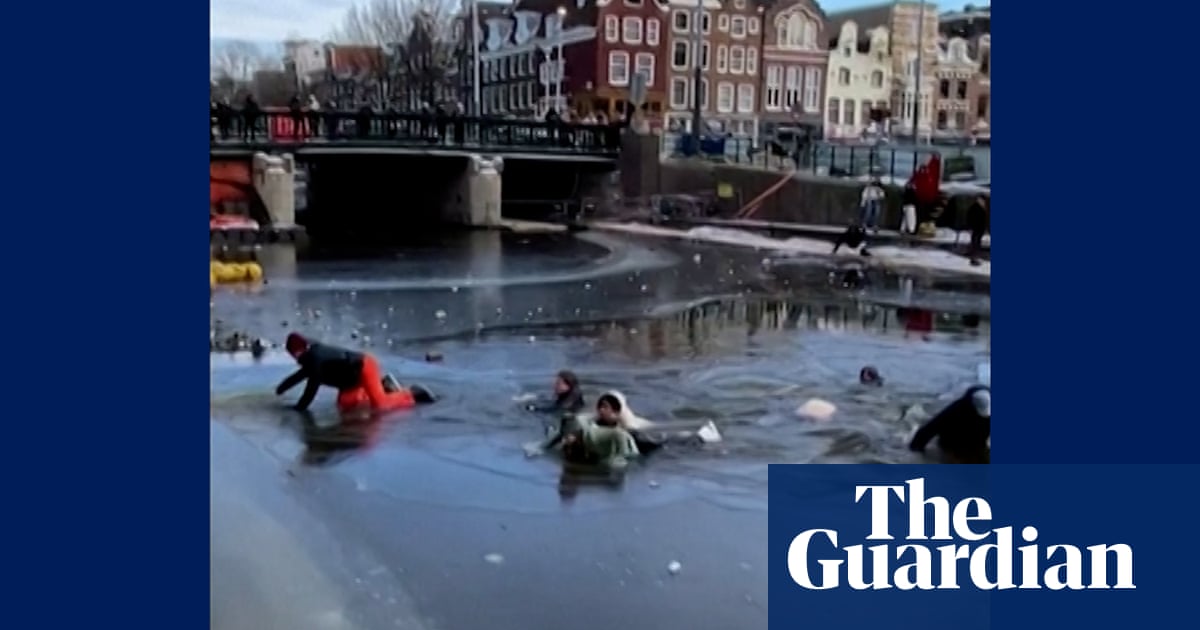 Ice skaters across the Netherlands have been rescued after falling through into the icy waters of Amsterdam’s canals and ponds in the Hague. There have been warnings to avoid going on the ice after sub-zero temperatures hit the country. Emergency services rescuers in special protective clothing have had to brave the thin ice and pull many people out of the water. In a particularly scary incident, a whole group of skaters fell through after the sheet of ice they had been skating on cracked and broke. Onlookers used hockey sticks and ropes to help pull a number of people out of the freezing canal