Gun control continues to vex the Biden White House. On Feb. 20, 2020, President JOE BIDEN made this ironclad: “My first day of office, I’m going to send a bill to the Congress repealing the liability protection for gun manufacturers, closing the background check loopholes and waiting period.”

Gun control activists started making noises, and the White House tried to massage the issue. Recently, CEDRIC RICHMOND met with activists via Zoom to assure them that Biden takes the issue seriously. But there were no commitments.

On Sunday, that seemed to change when Biden sent a valentine to supporters frustrated with the broken promise.

“This Administration will not wait for the next mass shooting to heed that call,” Biden said in a statement marking the third anniversary of the Parkland shooting. “We will take action to end our epidemic of gun violence and make our schools and communities safer. Today, I am calling on Congress to enact common sense gun law reforms, including requiring background checks on all gun sales, banning assault weapons and high-capacity magazines, and eliminating immunity for gun manufacturers who knowingly put weapons of war on our streets. We owe it to all those we’ve lost and to all those left behind to grieve to make a change. The time to act is now.”

It seemed like a clear statement that a detailed gun control package was now a high priority legislative item for Biden. But today the walkback began.

Asked about the timing of this new legislation that Biden asked Congress to “enact” “now” and its prospects for passage, press secretary JEN PSAKI said … there is no legislation.

“Well, we haven’t proposed a package at this point, so it’s hard for me to make a prediction about its likelihood of passing,” she said.

Then she again added that despite the lack of legislation, Biden still sees the issue at the top of his to-do list:

“It is a priority to him on a personal level, but I don’t have a prediction for you or a preview for you on a timeline of a package and certainly not what it would look like and how it would go through Congress.”

We’re as confused as you are.

The internet has changed a lot in 25 years. But the last time comprehensive internet regulations were passed was in 1996.

Other bits from the briefing:

— Biden supports Speaker NANCY PELOSI’S plan to create a commission to investigate the events of Jan. 6, but doesn’t want to comment on potential liability for DONALD TRUMP: “I am not going to speculate on criminal prosecution from the White House podium. The president is committed to having an independent Justice Department.”

— On immigration legislation, which Democrats on the Hill will release this week, Psaki signaled that the White House is flexible on whether Congress pursues a comprehensive package or breaks it up into pieces.

— Psaki announced that Israeli PM BENJAMIN NETANYAHU, who had an abysmal relationship with the Obama-Biden White House, and who has been snubbed so far by Biden as the president makes calls to world leaders, will be the first leader in the Middle East who Biden will call.

— Biden’s joint address to Congress won’t be in February, as the president previously said it would be, and there’s still no firm date.

NEW from HEATHER CAYGLE (@heatherscope): “NEWS: Democrats expect the reconciliation bill to be on the floor at the end of next week. The House will also put the Equality Act on the floor next week too.”

Sign up for our must-read newsletter on what’s driving the afternoon in Washington.

TV WEDNESDAY — VP KAMALA HARRIS will sit down with NBC’s SAVANNAH GUTHRIE for her first network interview in office, airing on the “Today” show at 7 a.m. And a reminder that Biden’s CNN town hall is at 9 p.m.

FUNNY HOW THIS KEEPS GETTING PUSHED … ANTHONY FAUCI said on CNN today that he now expects the vaccine won’t be broadly available to the general population until mid-May to early June.

BUT HERE’S SOME GOOD NEWS — HITTING 13.5 MILLION: “Exclusive: States to receive biggest boost yet in vaccine doses, White House tells governors,” USA Today: “States will receive their biggest boost yet in coronavirus vaccine doses this week, a 23% increase over the previous week and a 57% increase since President Joe Biden took office … The White House also announced that it’s doubling to 2 million the number of doses being sent directly to local pharmacies.”

“The lawsuit, filed Tuesday morning in Federal District Court for the District of Columbia, alleges that Trump and Giuliani, in collaboration with the Proud Boys and Oath Keepers, conspired to incite the riots to keep Congress from certifying the results of the 2020 presidential election. … Reps. Hank Johnson and Bonnie Watson Coleman will join the litigation as plaintiffs in the coming days.”

DEMOCRACY ON THE EDGE — “The Trumpiest Republicans Are At The State And Local Levels — Not In D.C.,” FiveThirtyEight: “The party’s most-Trump and pro-Trumpism contingent and the forces in the party pushing its growing radical and antidemocratic tendencies are often not national Republicans, but those at the local and state levels. …

“A Republican Party that seems increasingly unwilling to abide by democratic norms could install officials in key swing states who basically won’t allow a Democrat to win any election. That possibility is real, and would present an incredible threat to American democracy.”

— After criticizing Senate Majority Leader MITCH MCCONNELL’S post-acquittal statement and saying Jan. 6 “didn’t seem like an armed insurrection to me,” Sen. RON JOHNSON (R-Wis.) kept up the pressure this morning. Per Andrew Desiderio, Johnson kept going after McConnell on the radio this morning: “I think he needs to be a little careful. … When the leader of the Senate conference speaks, he has to understand what he says reflects on all of us. And I didn’t appreciate his comments, let’s put it that way.”

DEEP DIVE — “Pizzagate’s violent legacy,” WaPo: “The gunman who terrorized a D.C. pizzeria is out of prison. The QAnon conspiracy theories he helped unleash are out of control.” 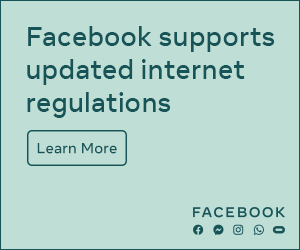 AILING AMERICA — “Biden extends foreclosure moratorium and mortgage forbearance through June,” by Daniel Payne: “The actions would block home foreclosures and offer delayed mortgage payments until July, as well as offer six months of additional mortgage forbearance for those who enroll on or before June 30. … The eviction moratorium remains in effect through March but was not included in the actions announced Tuesday.”

THE VACCINE CHALLENGE — “Biden looks past anger at Silicon Valley to get help on vaccines,” by Nancy Scola and Mohana Ravindranath: “President Joe Biden’s administration is considering a new approach as it struggles with a messy vaccine rollout — setting aside his harsh criticisms of the tech industry and taking Silicon Valley up on its latest offers to help fight the pandemic.

“Amazon is pitching its expertise in IT and operations to help in vaccine distribution. Airbnb is suggesting it help create ‘vaccine depots’ using its vast network of real estate across the country. And Google is looking to give free ad space to public health authorities.”

FOR YOUR RADAR — “Biden Administration Reviews Nord Stream 2 Gas Pipeline,” WSJ: “The Biden administration is reviewing U.S. policy toward a pipeline designed to carry Russian natural gas to Germany beneath the Baltic Sea, under new pressure after construction on the $11 billion project resumed this month, according to people with knowledge of the deliberations. …

“The Biden administration has opened talks with Berlin on the future of the pipeline, including ‘threats of sanctions against companies involved in the construction of Nord Stream 2,’ a German official said. The administration on Tuesday faces a deadline to report a list of companies it deems in violation of the U.S. laws aimed at halting the Nord Stream 2 pipeline.”

DISINFORMATION DIGEST — “On social media, vaccine misinformation mixes with extreme faith,” WaPo: “Some churches and Christian ministries with large online followings — as well as Christian influencers on Facebook, Instagram, TikTok, Twitter and YouTube — are making false claims that vaccines contain fetal tissue or microchips, or are construing associations between vaccine ingredients and the devil. Others talk about how coronavirus vaccines and masks contain or herald the ‘mark of the beast’ …

“The rapid spread of this material has triggered debate and concern among U.S. Christian leaders and experts who believe the religious movement against vaccines is growing … The prevalence of these baseless or distorted claims is yet another example of the way technology companies have failed to control the spread of harmful and problematic material on their platforms.”

STAFFING UP — “DNC announces key staff hires as Biden takes hold of party,” ABC: “Jaime Harrison, the newly elected chair who was President Joe Biden’s choice to take the reins of the DNC, tapped longtime Democratic operative Adrienne Watson to be communications director. … Joining Watson is Ofirah Yheskel as deputy communications director, after stints with the war room, the team behind the 2020 Democratic National Convention and Beto O’Rourke’s presidential campaign.

“Harrison also named Danai Pointer, who brings experience from both inside and outside the party apparatus, as communications outreach director. Brad Woodhouse, a veteran Democratic strategist who is currently the executive director of Protect Our Care, a health care advocacy group, is also being brought on to consult with the DNC as a senior adviser for strategy and communications.”

MEDIAWATCH — “Vox Finds Its Next Top Editor at The Atlantic,” NYT: “Swati Sharma, a managing editor of The Atlantic, will be the next editor in chief of Vox.com … Ms. Sharma, 34, is scheduled to start in her new role next month. … Ms. Sharma said in an interview that she was not looking to reinvent Vox, which has a staff of roughly 90 newsroom employees. … ‘The work I want to do at Vox with the team in place is figure out how to keep sharpening it, making it more distinctive,’ Ms. Sharma added.”

— ACROSS THE POND: “As Fox News Struggles at Home, Murdoch Brings Its Playbook to the U.K.,” NYT: “His venture and another upstart by a rival group of investors will challenge the BBC and Britain’s efforts to guard against political bias in television news.”

TRANSITIONS — Walter Shaub is joining the Project On Government Oversight, where he’ll lead a new Ethics and Accountability Initiative. He is a former director of the U.S. Office on Government Ethics, and most recently has been a senior adviser at Citizens for Responsibility and Ethics in Washington. … Bryan Zumwalt is now head of the government affairs practice and senior managing director at FTI Consulting. He previously was EVP of public affairs and head of advocacy initiatives at the Consumer Brands Association. … Mike Cuzzi is joining Cornerstone Government Affairs’ federal government relations team as a principal. He previously founded SRL Strategies. …

… Saana Allie is joining BerlinRosen as a business development manager. She previously assisted fundraising efforts for the Biden-Harris transition team. … Kish Rajan is joining Banner Public Affairs as a senior adviser. He is principal of Kish Rajan Public Affairs and is a Jerry Brown and Barbara Boxer alum. … Elizabeth Gregory is now comms director for Kirk Cox’s Virginia gubernatorial campaign. She previously was press secretary for David Perdue’s campaign and is a Marsha Blackburn alum.

WE VALUE YOUR OPINION: Please take a 1-minute survey about one of our advertising partners.