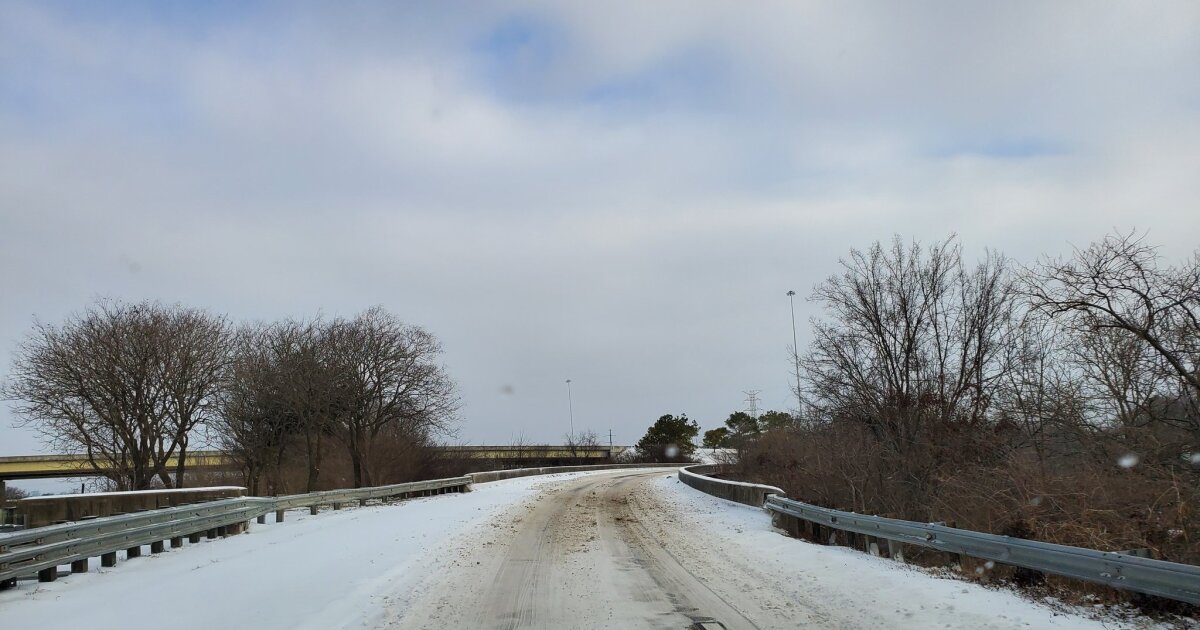 NASHVILLE, Tenn. (WTVF) — The snow, sleet and freezing rain have moved out of Middle Tennessee and Kentucky, but icy road conditions remain. Officials are again urging people to stay home.

The Tennessee Department of Transportation will provide an update on road conditions at 12:30 p.m.

Numerous crashes were reported Monday as travel conditions deteriorated throughout the day. Overnight, the snow stopped, but temperatures will only reach the 20s on Tuesday, so roads won’t have a chance to thaw.

Neighborhood streets throughout Nashville remain snow & ice covered and pose a real risk to travel. Main roads & interstates are passable, but still have snow & ice on them. If travel is absolutely essential, please drive slowly & very carefully. Stay home if at all possible. pic.twitter.com/joMhr4kT6H

TDOT’s Kathryn Schulte posted an update Tuesday morning, saying crews treated roadways throughout the night, but there are still icy roads or patches of ice and snow out there.

6AM – All counties in middle Tennessee are reporting icy roads or patches of ice/snow on TDOT roadways. Crews have been applying treatment to interstates throughout the night, but the extreme temperatures in many locations have kept conditions icy.

This area of I-40 isn’t as clear at all. @myTDOT crews have been treating the roadways throughout the night. Trying to clear the roads as fast as possible. They’re asking people to avoid traveling this morning. pic.twitter.com/1RVKUZEZOL

Nashville resident Eric Goodman was driving to the store when he got stuck near Donelson Pike. Thankfully myself & photojournalist @QuanMcwil_TV was there to help push his car out of the snow. Listen to Eric and stay in the house! @NC5 pic.twitter.com/IVK83nXKc3

Every county in Middle Tennessee is reporting icy road conditions.

To make matters worse, temperatures aren’t expected to drift above freezing until late this week. Another winter storm looks to move in late Wednesday into Thursday, bringing more ice and snow.

Here’s a look at road conditions across the area as of Tuesday morning:

Crews have been plowing & salting, but extreme temps have kept conditions slick in many locations. Stay in if possible, use extreme caution if you have to get out.