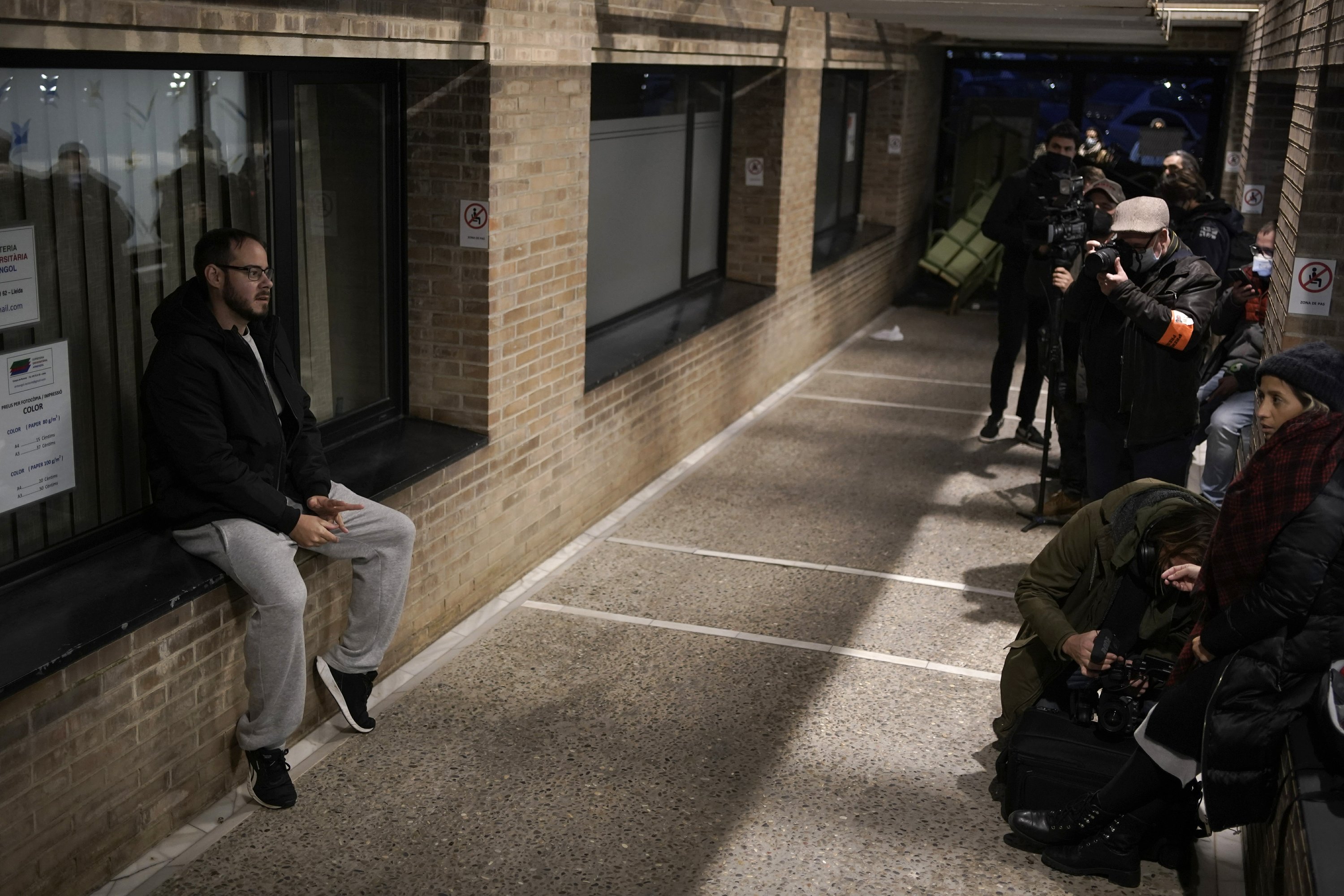 LLEIDA, Spain (AP) — A rapper in Spain and dozens of his supporters locked themselves inside a university building Monday in the artist’s latest attempt to avoid a prison sentence for insulting the country’s monarchy and praising terrorism.

The case of Pablo Hasél, 32, has drawn increasing attention in Spain and has been linked to the government’s sudden announcement to change a national law that is deemed to curtail freedom of expression. Over 200 artists, including film director Pedro Almodóvar and actor Javier Bardem, signed a petition last week in support of the rapper.

The artist, whose real name is Pablo Rivadulla Duró, is due to serve a reduced sentence from 2018 of nine months in prison for tweets and songs he posted between 2014 and 2016 criticizing Spain’s royal family and praising a now-defunct Spanish leftist armed extremist group.

“I won’t allow them to tell me what I have to think, feel or say,” Hasél told The Associated Press late Monday. “This serves me as an extra stimulus to keep writing the same songs.”

Known mostly for his often radical anti-establishment criticism, he has had previous convictions for assault and praising armed extremist groups although he served no time behind bars after a previous 2-year prison term was suspended.

This time his imprisonment seemed imminent. The country’s National Court issued an order for his arrest on Monday after a 10-day period for him to enter prison voluntarily expired on Friday.

But the artist said that he wouldn’t go without showing resistance and drawing attention to his case. On Monday, accompanied by some 50 supporters, Hasél barricaded himself inside the rectoral building of Lleida University, in the northeastern Catalonia region.

Police need special permission — which has been granted in this case — from academic authorities to enter university buildings, which have been the scene of protests in the past.

Defiantly, the rapper tweeted: “They’ll have to break in to take me and jail me.”

He told the AP that Monday’s events were “a call to organize our solidarity and take the pressure out in the streets.”

“There is a lot of solidarity from people who understand that this isn’t just an attack against me,” Hasél added. “But also against our fundamental democratic liberties. Liberties that are being continuously suppressed by the State. When facing aggression against us we must give a collective answer.”

Spain’s left-wing coalition government unexpectedly announced last week that it would make changes to the country’s criminal code to eliminate prison terms for offenses involving freedom of expression. It did not specifically mention Hasél or set a timetable for the changes.

The proposal is rejected by the conservative opposition Popular Party and the far-right Vox party.

Changes to the code under a new Public Security Law, known as the “Gag Law,” were made in 2015 by the then Popular Party government and have long been slammed by human rights groups and international organizations for potentially limiting freedom of expression in the name of protecting state and religious institutions.

“The imprisonment of Pablo Hasél leaves the sword hanging over the heads of all public figures who dare to openly criticize the actions of state institutions all the more evident,” the artists’ petition read.

“We are aware that if we allow Pablo to be jailed, tomorrow they could come after any one of us, until they have managed to silence any sigh of dissidence,” it added.

The Spanish branch of Amnesty International has also defended Hasél and urged the government to introduce legal changes. In a statement last week, the international rights campaigning group pointed out other social media users, journalists and artists who have been similarly convicted in the past.