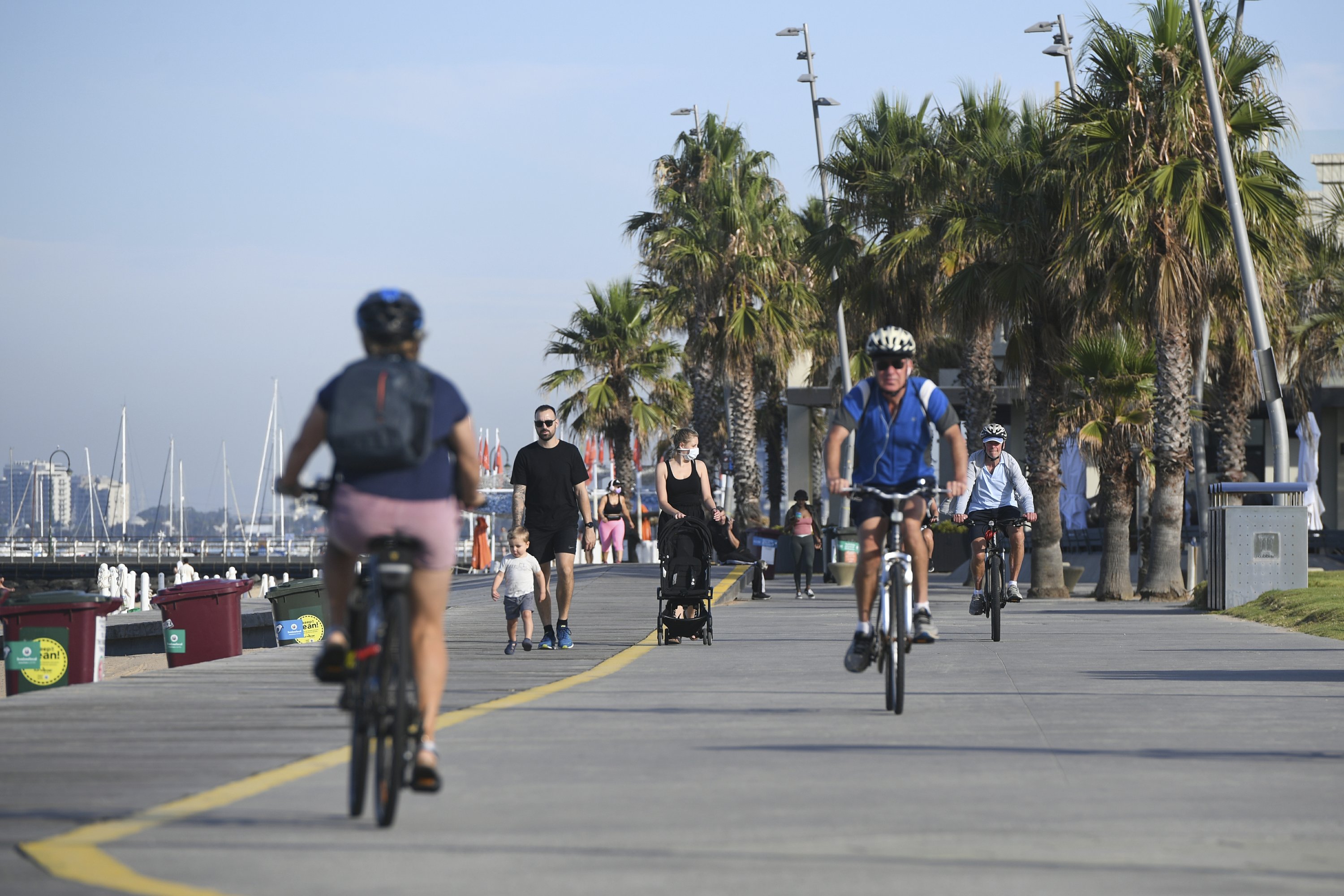 MELBOURNE, Australia (AP) — Melbourne, Australia’s second largest city, will relax its third lockdown on Wednesday and allow spectators to return to the Australian Open tennis tournament after a five-day absence.

Rod Laver Arena will be allowed 7,477 spectators — around 50% of its capacity — for the final four days of the first Grand Slam event for 2021, tournament organizers said.

Up to 30,000 tennis fans a day had been allowed into three zones in the tournament venue, Melbourne Park, before the statewide Victoria lockdown.

The lockdown has been enforced across Victoria, with a population of 6.5 million people, to prevent the virus from spreading from the state capital.

Most restrictions will be lifted from 11:59 p.m. after no new infections were detected in the latest 24-hour period, Andrews said.

Schools and businesses will reopen.

But people will still be required to wear masks and visitors to homes will be limited to five people until Feb. 26, when the last of the state’s 25 active COVID-19 cases will no longer be infectious.

All cases have been traced to a Melbourne airport hotel where travelers are quarantined for 14 days on arrival from overseas.

All tennis spectators were ejected from Melbourne Park at 11:30 p.m. so that they had time to get home before the stay-home order took effect. Many booed as they left. The Australian Open has continued without spectators since.

Some business leaders described the latest lockdown as an overreaction.

“It is clear that testing and tracing were the keys to resolving this potential outbreak, and not the lockdown which was disproportionate to the risk,” Australian Industry Group state head Tim Piper said.

“We need to learn from this lockdown and adjust the responses accordingly,” Piper added.

Andrews would not guarantee that there would be no further lockdowns announced at short notice.

“I’m not prepared to pretend to the Victorian community that this is over,” Andrews said.

Melbourne emerged from a 111-day lockdown in October following a fresh wave of infections that peaked at 725 cases a day. It was largely blamed on lax infection control procedures at two Melbourne quarantine hotels.

At the time, the rest of Australia was relaxing restrictions due to low case numbers after an initial nationwide lockdown.