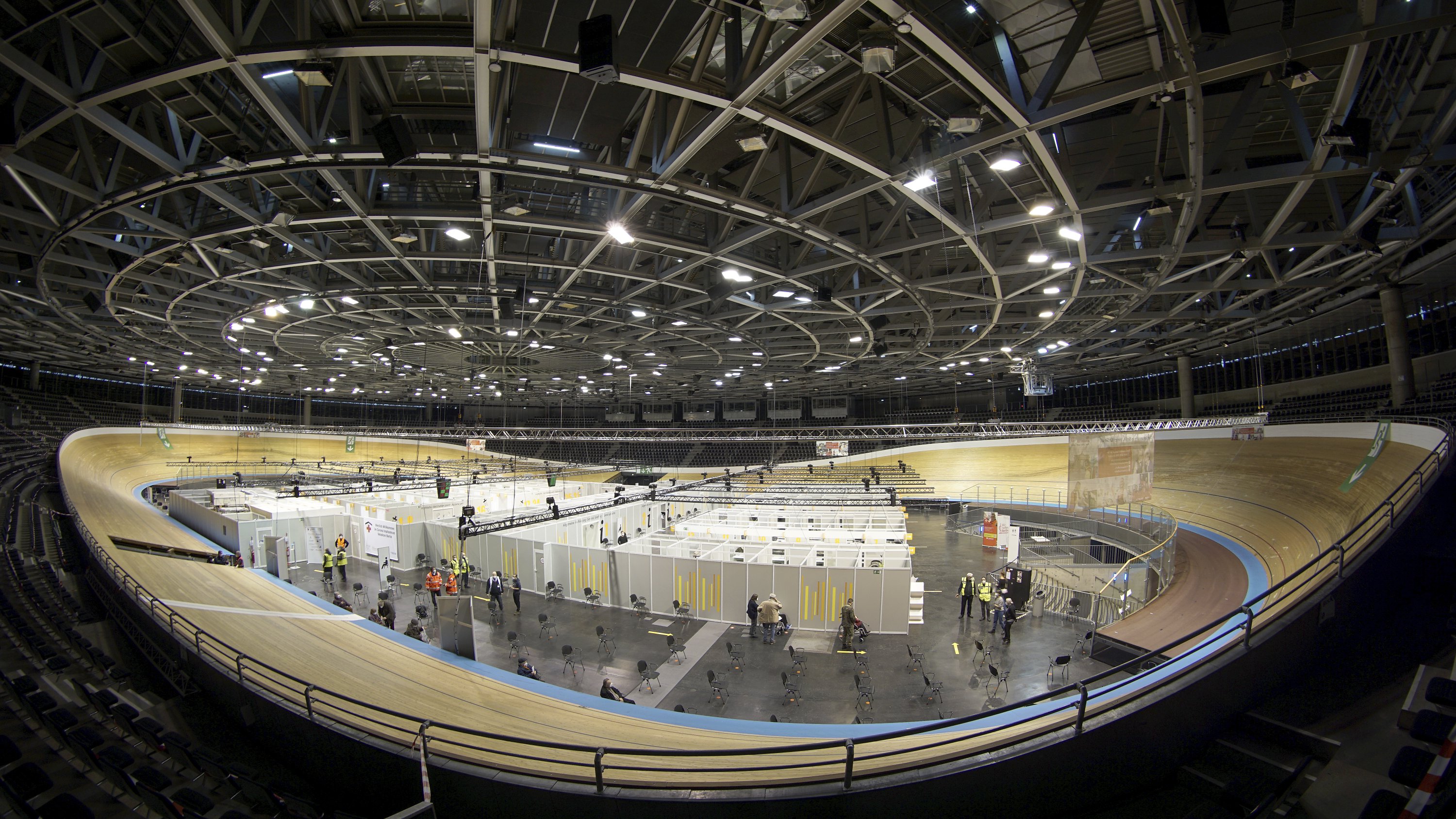 BRUSSELS (AP) — Amid signs that more infectious coronavirus variants are spreading unchecked across Europe, governments and EU leaders scrambled Wednesday to speed up vaccine efforts that have been hampered by limited supplies and to fund ways to hunt down variants and counter them.

The European Union announced Wednesday that it has agreed to buy a further 300 million doses of Moderna’s COVID-19 vaccine and was injecting almost a quarter of a billion euros (almost $300 million) into efforts to combat virus variants.

The news came only hours after Pfizer and BioNTech said they had signed a deal to deliver an additional 200 million vaccine doses to the bloc.

“With a portfolio of up to 2.6 billion doses, we will be able to provide vaccines not just to our citizens, but to our neighbors and partners as well,” EU Commission chief Ursula von der Leyen said.

Von der Leyen and her team have come under intense criticism for their handling of the EU’s vaccine procurement process. While the 27-nation bloc began vaccinating its 450 million citizens almost two months ago, it still lags far behind Britain, the United States, and others in the share of population reached.

Von der Leyen also unveiled EU plans to better detect virus variants and to speed up the approval of adapted vaccines capable of countering them.

As the U.K. virus variant looks set to become dominant in the EU, the executive arm said it will spend at least 75 million euros to support genomic sequencing and develop specialized tests for new variants. Another 150 million euros will be allocated to research and data exchange.

“Our priority is to ensure that all Europeans have access to safe and effective COVID-19 vaccines as soon as possible,” von der Leyen said. “At the same time, new variants of the virus are emerging fast and we must adapt our response even faster.”

Germany’s health minister said the virus variant first detected in Britain last year now accounts for more than a fifth of all positive tests in his country, rising from 6% to more than 22% in just two weeks.

In Slovakia, which now has the highest rate of virus deaths per population in the world, authorities found the U.K. variant in 74% of its positive samples.

Danish Health Minister Magnus Heunicke said the U.K. variant represented 45% of its analyzed cases in the second week of February and predicted it will represent 80% of Danish infections by early March.

Scientists say the U.K. variant spreads more easily and is likely more deadly, but so far existing vaccines appear to be effective against it. Another variant first detected in South Africa, however, has shown signs of being able to evade the immune response generated by the AstraZeneca vaccine.

Authorities in Germany’s most populous state, North Rhine-Westphalia, expressed concerns that some people appeared less willing to take the AstraZeneca vaccine than those made by Moderna or Pfizer.

“The authorized AstraZeneca vaccine isn’t a second-class vaccine,” the state’s health ministry said. “The vaccine shows a good effectiveness and is well tolerated.”

Reticence toward the AstraZeneca vaccine, which is only given to those under 65 in Germany, has been reinforced by reports that some people had fevers and headaches after getting the shot. Officials say such reactions are normal after vaccinations, show that the body’s immune system is responding and should disappear after a day or two.

Health Minister Jens Spahn said if people didn’t want to get an AstraZeneca shot, he and others would gladly take it.

“If people who are offered it don’t take it, then we will offer it to the next person,” he said, noting that Germany and the EU are still facing vaccine shortages.

Pfizer and German partner BioNTech confirmed that they, too, have finalized an agreement to supply the EU with another 200 million vaccine doses.

The two companies said those doses — expected to be delivered this year, an estimated 75 million of them in the second quarter — come on top of the 300 million vaccine doses the bloc initially ordered. The EU has an option to request a further 100 million doses.

Vaccine shortages have been a charged issue in Europe.

Last month, Pfizer said it was temporarily reducing deliveries to Europe and Canada while it upgraded production capacity at its plant in Belgium. The EU also had a public spat with AstraZeneca over getting fewer of its vaccine shots than anticipated. AstraZeneca’s chief blamed the lag on new factories needing to work out vaccine production issues.

Spain’s top coronavirus expert says at current levels of vaccine supply, it doesn’t make sense to set up massive facilities to administer the jabs, echoing comments by U.S. governors, who are also facing vaccine shortages in their states.

The European Medicines Agency, meanwhile, said it could issue an opinion by mid-March on a fourth vaccine, a one-shot version by Johnson & Johnson. The three other EU-approved vaccines require two shots spaced weeks apart.

Von der Leyen said the EU bought more doses than needed because it wanted to supply shots to its neighbors “from the eastern partnership to the western Balkans to Africa” — although some of those countries have already opted for vaccines from Russia and China after losing out to richer nations in the early bidding for vaccines.

Authorities in Berlin on Wednesday opened the capital’s fifth coronavirus vaccination center, located inside an indoor cycling arena. The vast Velodrom started with just 120 vaccinations but officials hope to increase that to 2,200 per day.

“We can’t complain,” said Dieter Krueger, who was waiting in its recovery room with Ilse, his wife of 60 years, after receiving a Moderna vaccine shot. “Things are looking up.”

Jordans contributed from Berlin. Geir Moulson in Berlin, Jan M. Olsen on Copenhagen and Aritz Parra in Madrid contributed to this report.