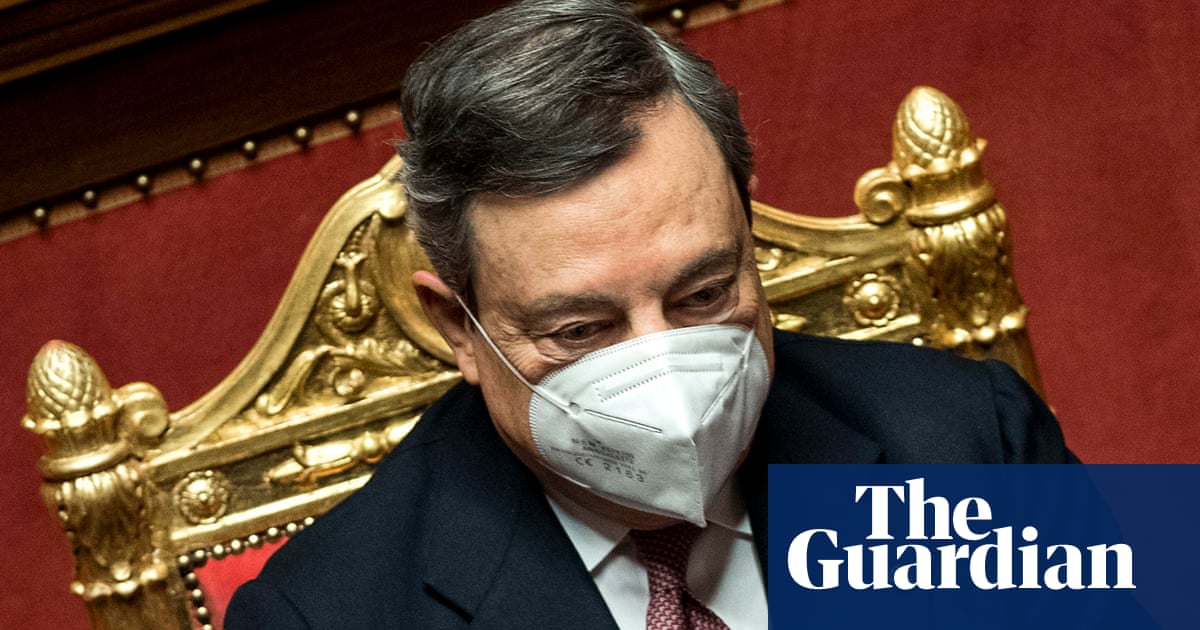 Italy’s new prime minister, Mario Draghi, has pledged to speed up the country’s coronavirus vaccination programme as he presented his government’s priorities before a confidence vote in the upper house of parliament on Wednesday.

In his much-anticipated maiden speech, Draghi, who was sworn into office on Saturday, said the government’s first duty was to “fight the pandemic by all means and safeguard the lives of citizens”.

His promise came after Italy recorded 336 more coronavirus deaths on Tuesday, bringing the total to 94,171 – the highest in Europe after the UK – and amid concerns over rapidly spreading Covid-19 variants.

“The virus is everyone’s enemy,” Draghi said. “It is in memory of those who are no longer here that our commitment grows”.

Draghi, the former European Central Bank chief, said the government must move fast to obtain and distribute the Covid-19 vaccine. Italy had administered more than 3m jabs as of Wednesday morning, according to health ministry figures, but progress has been hampered by delayed vaccine deliveries.

Draghi’s other major task will be lifting Italy out of its worst recession since the second world war while swiftly enacting reforms – including overhauling the public administration, taxation and justice systems – aimed at triggering economic growth.

He will also need to redraft the spending programme for the €209bn Italy is poised to receive from the EU’s post-Covid recovery fund to ensure that the money will be wisely spent. Clashes over a spending plan drawn up by the previous government, led by Giuseppe Conte, prompted its collapse.

“The government will pass reforms and will also address the emergency,” he said. “In the meantime we must deal with those who are suffering now, with those people who today are losing their jobs or are forced to close their businesses.”

Draghi said the government had both the possibility and responsibility to rebuild the country, as happened in the postwar period.

“Italy recovered from the disaster of the second world war with pride and determination, and laid the foundations for an economic miracle thanks to investments and work,” he added.

Italians, many of whom were angered and perplexed by the political crisis which led to Draghi’s appointment, are expecting swift action from the new government.

Draghi is widely respected at home and abroad, and was nicknamed “Super Mario” for his role in saving the European single currency. However, he faces a formidable challenge, not least because he will have to manage a broad coalition made up of diverse and constantly bickering political forces. Within hours of the government being sworn in on Saturday, there were clashes over the health minister’s last-minute decision to postpone the reopening of ski resorts, while scientists advising the government on the coronavirus pandemic have been attacked by politicians for calling for a total national lockdown.

Draghi closed his speech by appealing for unity: “Today unity is not an option, it is a duty,” he said. “But it is a duty driven by that which I’m sure unites us all – love for Italy.”

Draghi has already secured strong backing from a parliamentary majority and is expected to easily win the confidence vote in the senate, which is due to begin at 10pm CET. Another vote will take place in the lower house on Thursday, the last step required for the government to be granted full powers.