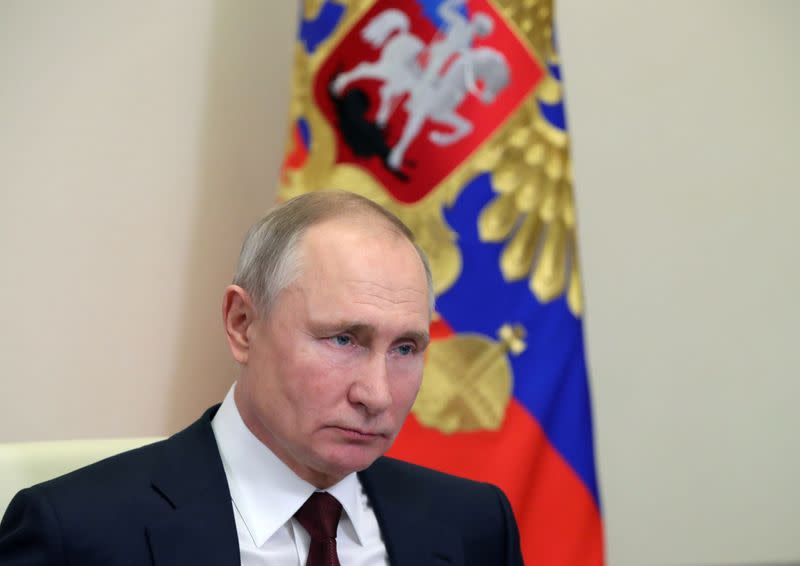 MOSCOW (Reuters) – Russian President Vladimir Putin said on Wednesday Russia needed to ensure that its parliamentary vote scheduled for September is free of foreign meddling following mass protests calling for the release of one of his fiercest critics.

Tens of thousands of people took to the streets last month to urge Russia to free Kremlin critic Alexei Navalny ahead of the September election. The 44-year-old opposition politician was detained and later jailed for alleged parole violations upon his return to Russia. He had been treated in Germany for a nerve agent poisoning he sustained in Siberia last August.

The Kremlin has suggested that Navalny is a CIA asset who is being used by Western intelligence services to destabilise Russia, and Moscow has repeatedly told the European Union to keep out of its domestic affairs.

Russia has itself been accused of meddling in several elections abroad, including in the 2016 U.S. presidential vote.

“The citizens of Russia will make their choice (at the parliamentary elections), and we must defend this choice from any attempts of external interference,” Putin said at a televised meeting with the leaders of the political parties represented in the State Duma, the lower house of parliament.

“We cannot allow any blows against Russia’s sovereignty, against the right of our people to be the master on their our land,” he said, without detailing which countries he was referring to.

Navalny said last year he thought Russia’s intelligence services had poisoned him with a nerve agent because authorities saw him as a threat ahead of the parliamentary elections.

The Kremlin has rejected any suggestion that Putin or authorities had anything to do with Navalny’s poisoning.

Some European countries have called for sanctions against Moscow over the Navalny case, including halting the construction of the undersea Nord Stream 2 gas pipeline, designed to export gas from Russia to Germany by bypassing Ukraine.

Putin accused the countries that have called for sanctions against the project of trying to use Nord Stream 2 as a tool to punish Russia.

“Why is everyone circling around Nord Steam 2?” Putin said.

“They (Western countries) want to force Russia to pay for their geopolitical project in Ukraine,” he added, referring to the conflict that erupted in the country’s east after Moscow’s annexation of Crimea in 2014.