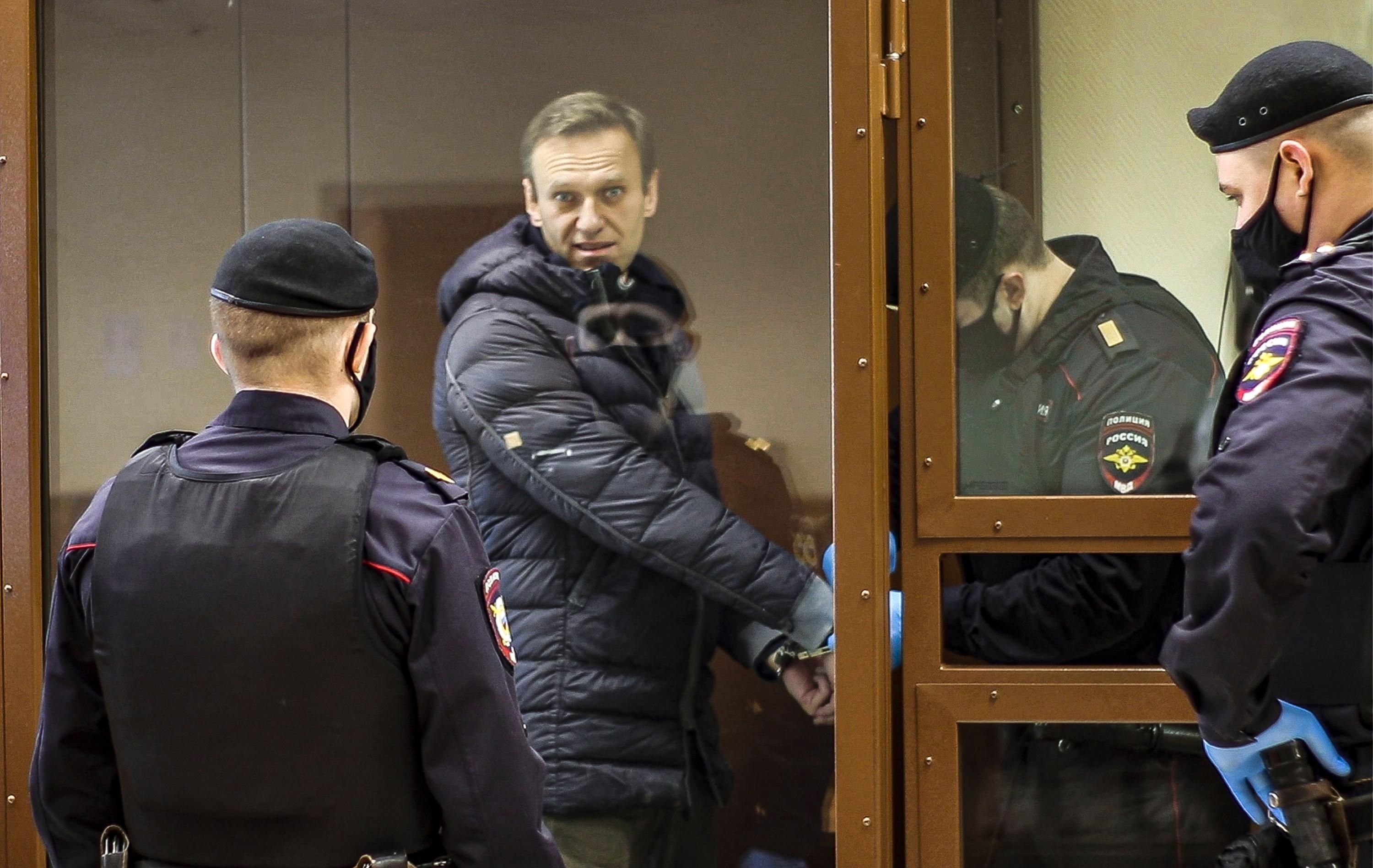 The decision by the European Court of Human Rights had demanded that Russia free Navalny immediately and warns that failing to do so would mark a breach of the European human rights convention.

Russia’s justice minister dismissed the court’s demand as “unfounded and unlawful” and the Foreign Ministry denounced it as part of Western meddling in the country’s domestic affairs.

Navalny, 44, an anti-corruption investigator and President Vladimir Putin’s most prominent critic, was arrested last month upon returning from Germany, where he spent five months recovering from a nerve-agent poisoning that he blames on the Kremlin. Russian authorities have rejected the accusation.

Earlier this month, a Moscow court sentenced Navalny to two years and eight months in prison for violating terms of his probation while recuperating in Germany. The sentence stems from a 2014 embezzlement conviction that Navalny has rejected as fabricated and the European court has ruled to be unlawful.

In its Tuesday’s ruling, the ECHR pointed to Rule 39 of its regulations and obliged the Russian government to release Navalny, citing “the nature and extent of risk to the applicant’s life.”

“This measure shall apply with immediate effect,” the Strasbourg-based court said in a statement.

The court noted that Navalny has contested Russian authorities’ argument that they had taken sufficient measures to safeguard his life and well-being in custody following the nerve agent attack.

“This demand is unfounded and unlawful because it doesn’t indicate a single fact or a legal norm that would allow the court to make such verdict,” Chuichenko said in a statement carried by Russian news agencies. “This demand can’t be fulfilled because there is no legal reason for that person to be released from custody under Russian law. Well aware of that, the European judges clearly have made a political decision that could only exacerbate restoring constructive relations with the Council of Europe’s institutions.”

In the past, Moscow has abided by the ECHR’s rulings awarding compensations to Russian citizens who have contested verdicts in Russian courts, but it never faced a demand by the European court to set a convict free.

In a reflection of its simmering irritation with the European court’s verdicts, Russia last year adopted a constitutional amendment declaring the priority of national legislation over international law. Russian authorities might now use that provision to reject the ECHR’s ruling.

Mikhail Yemelyanov, a deputy head of the legal affairs committee in the Kremlin-controlled lower house of parliament, pointed at the constitutional change, noting that it gives Russia the right to ignore the ECHR’s ruling, according to the Interfax news agency.

But Navalny’s chief strategist Leonid Volkov argued that Russia’s membership in the Council of Europe obliges it to fulfill the court’s ruling. He warned on Facebook that the country risks losing its membership in the continent’s top human rights organization if it fails to abide by the order.

Navalny’s arrest and imprisonment fueled a wave of protests across Russia. Authorities responded with a sweeping crackdown, detaining about 11,000 people, many of whom were fined or given jail terms ranging from seven to 15 days.

Russia has rejected Western criticism of Navalny’s arrest and the crackdown on demonstrations as meddling in its internal affairs.

In televised remarks, Russian Foreign Ministry spokeswoman Maria Zakharova denounced the ECHR’s ruling as a blow to international law and “part of a campaign to exert pressure on our country and meddle in our country’s internal affairs.”

A court hearing on Navalny’s appeal of his sentence is scheduled for Saturday.

He also has faced court proceedings in a separate case on charges of defaming a World War II veteran. Navalny, who called the 94-year-old veteran and other people featured in a pro-Kremlin video “corrupt stooges,” “people without conscience” and “traitors,” has rejected the slander charges and described them as part of official efforts to disparage him.

With his usual sardonic humor, Navalny compared his conditions at the maximum-security Matrosskaya Tishina prison in Moscow to the isolation of a space traveler.

“People in uniforms who come to me say only a few formulaic sentences, a light indicating a working video camera is seen on their chests — they look just like androids,” he said in remarks posted on Instagram. “And just like in a movie about space travel, the ship’s command center communicates with me. A voice from the intercom would say: ‘3-0-2, get ready for sanitary treatment.’ And I would answer: ‘OK, just give me 10 minutes to finish my tea.’”