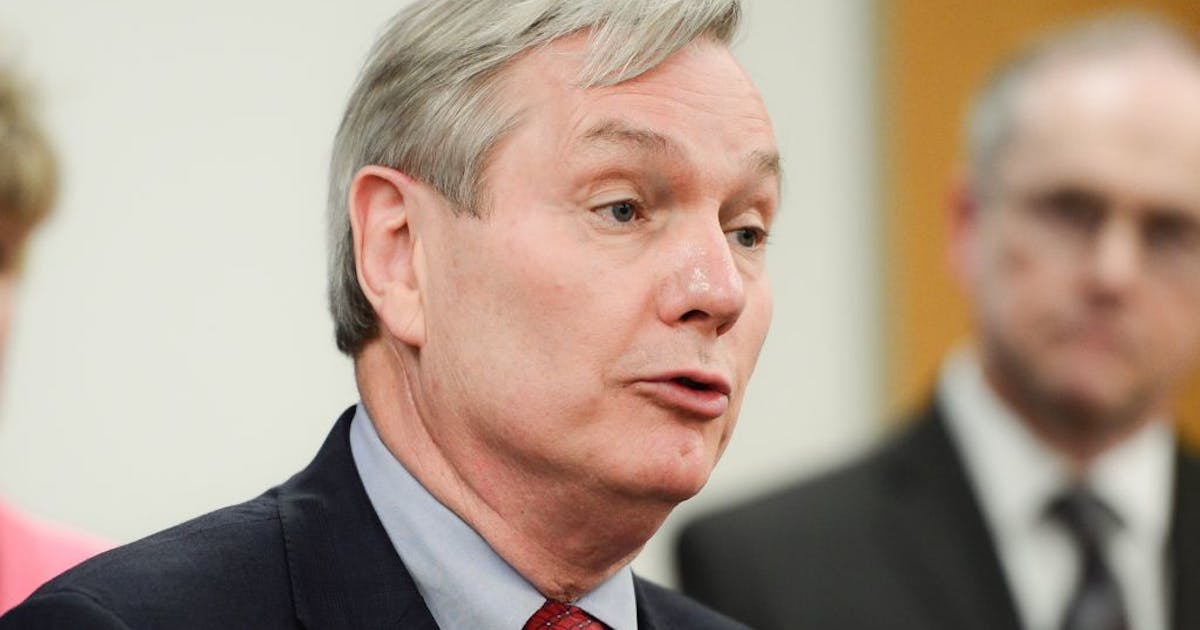 University of Minnesota infectious disease expert Michael Osterholm joined with leading aerosol and occupational scientists Monday to call for clearer federal guidance on the risk of COVID-19 spreading through tiny aerosols floating in the air.

The researchers criticized the U.S. Centers for Disease Control and Prevention for acknowledging the aerosol risk last fall but offering no changes in the national COVID-19 response strategy to confront it. The national strategy primarily targets the risk of people projecting larger, virus-carrying droplets at others nearby.

“Aerosols produced through breathing, talking, and singing … can remain in air and viable for long periods of time and travel long distances within a room and sometimes farther,” the authors wrote in a letter to the CDC and the White House pandemic response leader.

The warning comes amid improving pandemic metrics in Minnesota and plans by Gov. Tim Walz to hasten the reopening of middle and high schools to in-person learning. Walz will announce a school reopening strategy at noon Wednesday, and noted in a news release that Minnesota is aggressively testing teachers for COVID-19 and is one of eight states prioritizing them for vaccine.

The state also reported a 3.8% positivity rate of diagnostic testing for COVID-19 — below the 5% caution threshold that suggests uncontrolled spread of the virus. The number of COVID-19 patients in Minnesota intensive-care beds also dropped from a peak of 399 on Dec. 1 to 57.

“Our goal is absolutely to get the number of cases, hospitalizations and certainly deaths due to COVID-19 down to zero, and we see evidence that the vaccines are helping bring those numbers even further below where we have been,” she said.

At least 686,210 people in Minnesota have received at least the first of two doses of COVID-19 vaccine. Of them, 240,027 have completed the series. Limited doses have gone to a group of more than 1.5 million long-term care residents, health care workers, senior citizens and educators.

The federal government pledged an increase in doses next week, but some of that is only “on paper” because vials of Pfizer vaccine are officially considered to contain six doses rather than five, said Kris Ehresmann, state infectious disease director. Minnesota providers already had been routinely extracting sixth doses out of those vials.

Ehresmann warned that winter storms in the southern U.S. are disrupting vaccine delivery and could result in some vaccine appointments being delayed or rescheduled.

Beyond expanding access to vaccines, Ehresmann said the state COVID-19 response has focused on the established threat of viral transmission through respiratory droplets — rather than aerosols. A public indoor mask-wearing mandate and social distancing guidelines both target that method of transmission.

Airborne transmission is more of an acknowledged risk in health care settings, she said, especially when COVID-19 patients receive respiratory procedures that could spread aerosols. Many COVID-19 treatment rooms have been fitted with negative-airflow systems to prevent particles from spreading outside rooms.

Ehresmann agreed with the need for caution because of the emergence of new and more infectious variants of the SARS-CoV-2 coronavirus. Minnesota has encountered 40 COVID-19 cases involving the B.1.1.7 variant found in the United Kingdom, she said. Minnesota also has seen two of three verified infections in the U.S. so far with the P.1 variant identified in Brazil.

“It’s really important that we celebrate where we are at, but we do not move too quickly” in scaling back mitigation measures, Ehresmann said. “We want to make sure we are not giving a foothold to these variants.”

Osterholm and colleagues noted in their letter to the CDC and the White House pandemic response leader the emerging risk of variants as a reason to take the existing risk of aerosol COVID-19 transmission seriously. Two top aerosol scientists — Donald Milton of the University of Maryland and Linsey Marr of Virginia Tech — were among the 13 experts who signed the letter.

“While COVID-19 infections and deaths have started to decline in recent weeks, they remain at a very high level,” they wrote. “Unless strengthened precautionary measures are implemented, the new variants will likely bring an explosion in new infections.”

The group called for guidelines that address how indoor ventilation can lower risks, and an expansion in occupational groups required to wear N95 respirators — fitted masks that substantially reduce the risk of particle inhalation. More workers in health care and essential front-line industries should wear them, the group argued, especially since manufacturing has overcome a springtime shortage.

Minnesota has a reserve inventory of 2.7 million respirators, according to its pandemic response dashboard.

Government health agencies have maintained that closer droplet transmission is the most common method of COVID-19 transmission and have been less certain about aerosols. The risk appears less than with other viruses such as measles, which was famously shown by Minnesota researchers to have spread during a 1991 Special Olympics event from the surface of the Metrodome to the upper deck stands.

A CDC statement in response to the letter saidthe agency is focused for now on prioritizing the proper wearing of any masks, noting one recent survey showed that half of Americans were not wearing them correctly. The agency said that there is little evidence that cloth masks fail to protect people when properly worn, and that universal mask-wearing has worked in cases such as two Missouri hairdressers with COVID-19 who didn’t infect customers.

“Simple modifications to improve the fit of cloth and medical procedure masks substantially improve their performance,” the CDC statement said.

A separate team of U engineers conducted tests and simulations about how particles carrying SARS-CoV-2 could spread in indoor environments such as elevators, classrooms and grocery stores.

They published a series of studies analyzing air flowing from instruments in Orchestra Hall and what measures could protect the musicians and patrons, and recently partnered with Ford Motor Co. on the development of low-cost filtration kits to improve air quality in tight classrooms and indoor spaces.

Some restaurants and businesses in Minnesota have taken the precaution of installing stronger filters in their ventilation systems or portable air cleaners to address the risks.