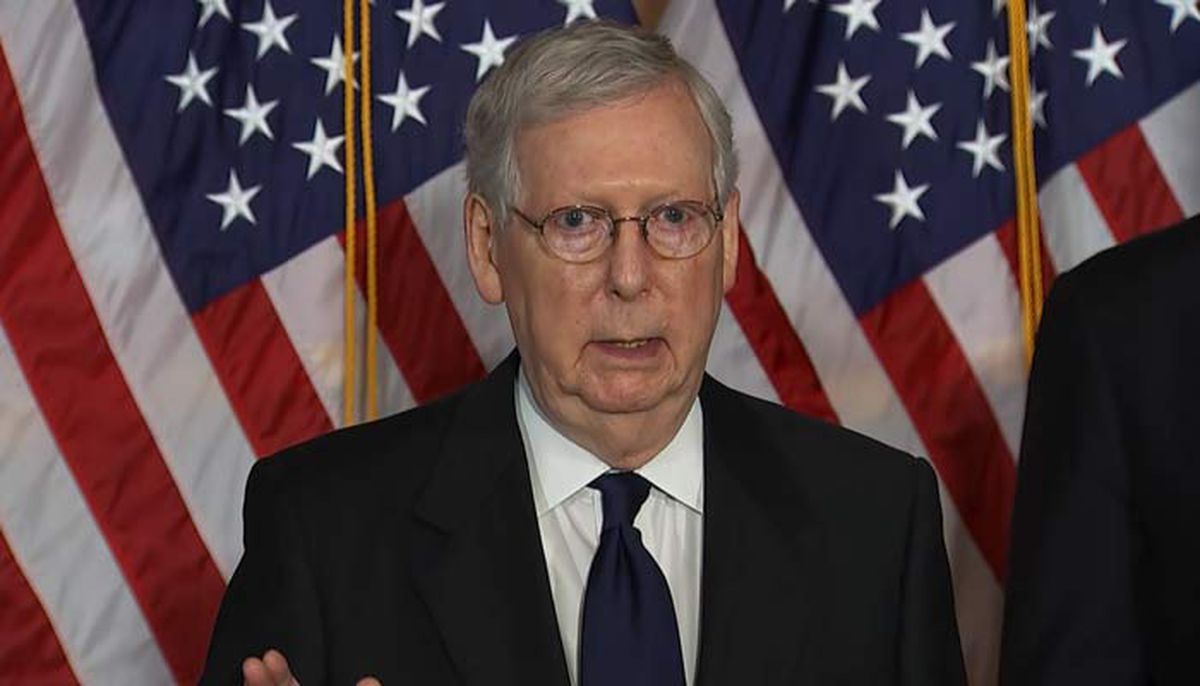 In 2020, I received the most votes of any sitting President in history, almost 75,000,000. Every incumbent House Republican won for the first time in decades, and we flipped 15 seats, almost costing Nancy Pelosi her job. Republicans won majorities in at least 59 of the 98 partisan legislative chambers, and the Democrats failed to flip a single legislative chamber from red to blue. And in “Mitch’s Senate,” over the last two election cycles, I single-handedly saved at least 12 Senate seats, more than eight in the 2020 cycle alone—and then came the Georgia disaster, where we should have won both U.S. Senate seats, but McConnell matched the Democrat offer of $2,000 stimulus checks with $600. How does that work? It became the Democrats’ principal advertisement, and a big winner for them it was. McConnell then put himself, one of the most unpopular politicians in the United States, into the advertisements. Many Republicans in Georgia voted Democrat, or just didn’t vote, because of their anguish at their inept Governor, Brian Kemp, Secretary of State Brad Raffensperger, and the Republican Party, for not doing its job on Election Integrity during the 2020 Presidential race.