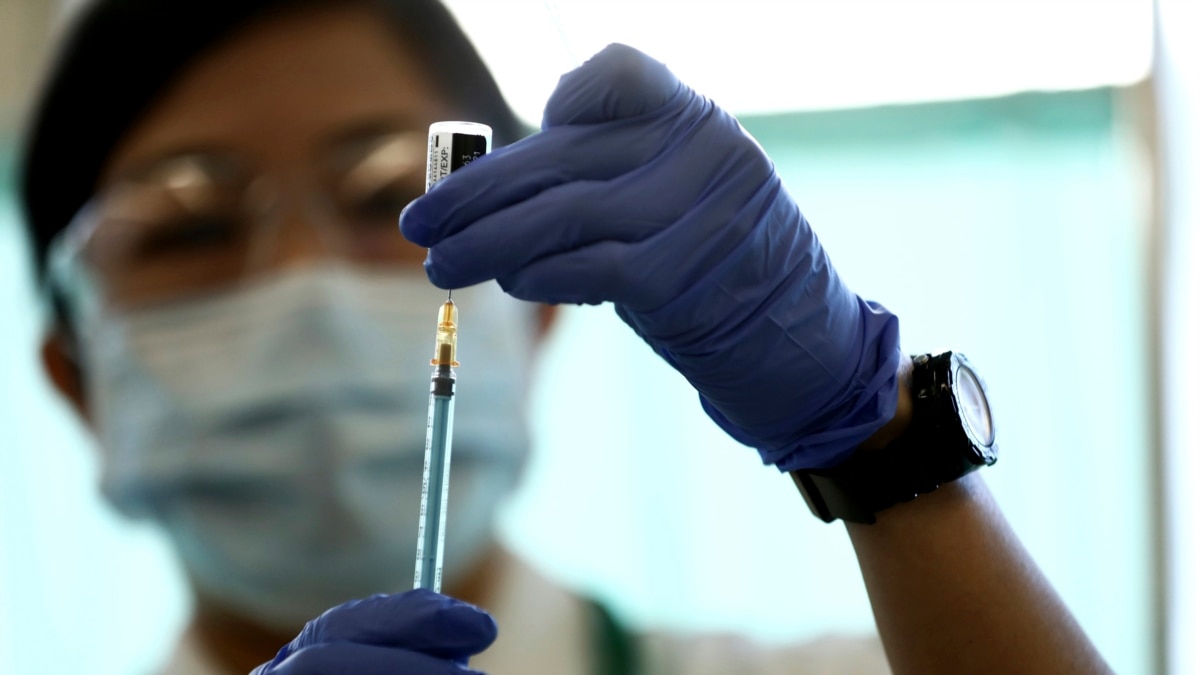 Japan began giving COVID-19 vaccinations to its people on Wednesday. Many other developed countries began vaccination campaigns back in December.

Japan is behind other countries because it asked drug companies to carry out special clinical trials with Japanese people. The country only gave permission for the vaccine on Sunday.

The delay has some people worried that not enough Japanese people will be vaccinated before the proposed start of the delayed 2020 Tokyo Olympic Games.

The Games are now set to begin on July 23, after being delayed by one year because of the coronavirus health crisis.

The first people in Japan to get the vaccine — made by Pfizer and BioNTech — are medical workers, old people and people with health problems.

The rest of the Japanese public may be able to get a vaccine in the late spring or early summer.

Japan has a population of 127 million people. At the current rate, not enough people will have the vaccine by the start of the Olympics to make sure everyone is safe.

Officials are struggling to fight opposition among citizens to holding the Games. Recent public opinion studies in Japan found that about 80 percent of those questioned support canceling the Games completely or delaying them again.

But Japanese leaders, including Prime Minister Yoshihide Suga, say they want to move forward with the Games. They say the Olympics will be “proof of human victory against the pandemic.”

Japan also wants to show the world it can hold the Olympics before China runs the 2022 Winter Olympics in Beijing. Those Games are set to start in less than one year.

Japan has dealt with the pandemic better than many Western countries. But a recent increase in cases has caused concern. Currently, some parts of Japan are under stronger restrictions than they faced during most of 2020.

Japan is still doing well compared to many other countries. About one person out of every 100,000 is testing positive for the virus. In the United States, that number is almost 25 out of 100,000.

One of the first Japanese people to get the vaccine was Dr. Kazuhiro Araki. He is the president of the Tokyo Medical Center.

He said it did not hurt, adding “I hope we feel more at ease.”

Taro Kono is Japan’s vaccine minister. He answered criticism about the slow start to the vaccination program by saying it was important to show the Japanese people it would be safe.

“So at the end of the day we might have started slower, but we think it will be more effective,” he said.

Japanese leaders say they are working to develop more vaccines in Japan instead of using doses from other countries. More vaccine will arrive next week.

Almost 4 million health care workers are set to be vaccinated in March. Starting in April, the 36 million Japanese people aged 65 and older will be able to receive their shots.

Mari Yamaguchi wrote this story for The Associated Press. Dan Friedell adapted it for Learning English. Ashley Thompson was the editor.

Do you think the Olympics will happen in Japan this year? We want to hear from you. Write to us in the Comments Section and visit our Facebook page.

Words in This Story

clinical trial – n. a test to determine the effectiveness of a new drug or medical technique

pandemic – n. an occurrence in which a disease spreads very quickly and affects a large number of people over a wide area or throughout the world

positive – adj. showing the presence of a particular germ, condition, or substance

dose – n. the amount of a medicine, drug, or vitamin that is taken at one time