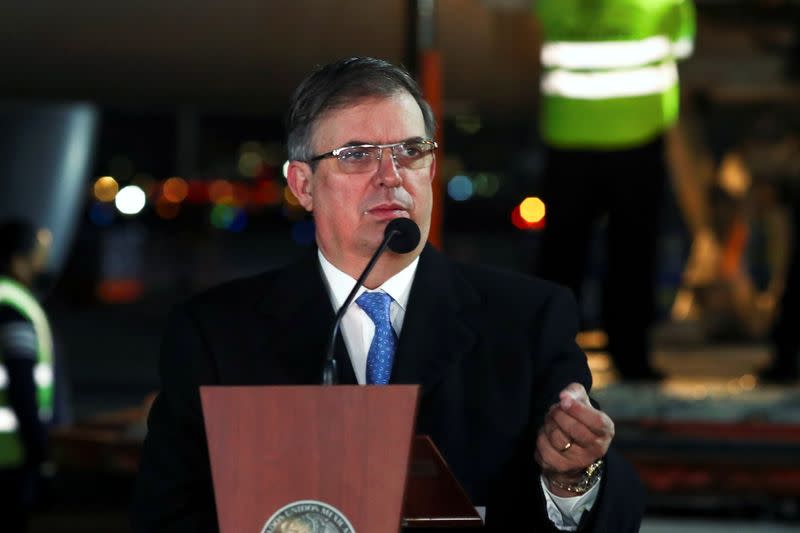 MEXICO CITY (Reuters) – Mexico on Wednesday made a plea at the U.N. Security Council for countries to stop hoarding vaccines against COVID-19 as poorer ones fall behind in the race to vaccinate their citizens.

“We urge countries to avoid hoarding vaccines and accelerate the first stages of COVAX deliveries, to give priority to countries with fewer resources,” Ebrard said before the council, which Mexico is currently a member of.

Ebrard said that so far no vaccines have been distributed under the scheme. Officials from the Pan American Health Organization said on Wednesday that countries could expect confirmation of their COVAX vaccine shipments soon, although the first batches were expected to be small.

In all, 190 countries including have joined COVAX, which aims to ensure equitable access to vaccines. The scheme is jointly run by the GAVI alliance, the WHO, the Coalition for Epidemic Preparedness Innovations and UNICEF.

“It is urgent to act, to reverse the injustice that is being committed because the security of all humanity depends on it,” Ebrard said.

Mexico itself has signed agreements with several international pharmaceutical companies for millions of doses for its 126 million people amid global delays and shortages of some vaccines.