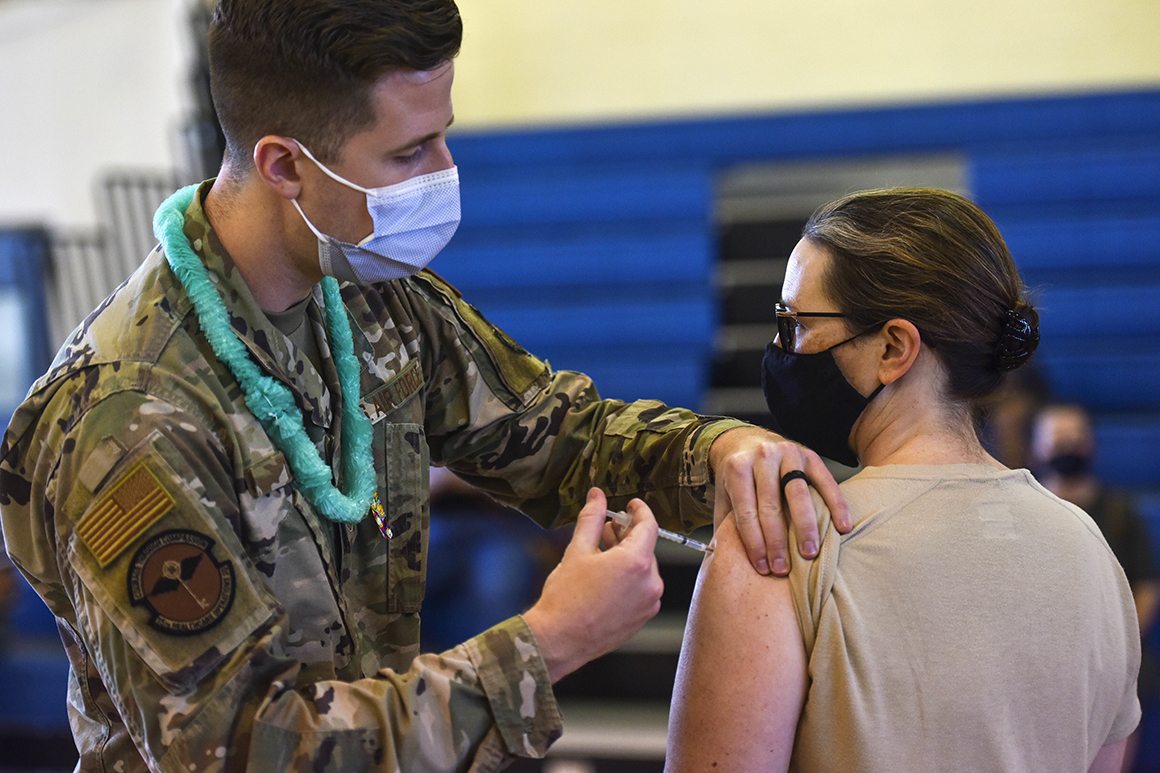 Top leaders were testifying on the Pentagon’s role in the federal pandemic response.

Maj. Gen. Steven Nordhaus, the director of operations for the National Guard Bureau, added later that the Guard has a similar acceptance rate of “two-thirds to 70 percent.”

The Pentagon has not previously specified how many troops are declining the vaccine. Spokesperson John Kirby told reporters later on Wednesday that the department doesn’t have a system in place to track that information and pushed back on the notion that officials are hiding information.

Officials at the House hearing were referring to broad data showing that the military’s acceptance rates “mirror” those of American society as a whole, Kirby said, noting that they went on to say that the department is not specifically tracking that data right now.

“Nobody is hiding data,” Kirby said. “We don’t have a system in place across the services to specifically track data with respect to those individuals who for whatever reason are declining.”

Early in the hearing, lawmakers from both parties voiced concerns about the pace of vaccinations, the number of troops who may be declining the vaccine and the impact of refusals on military readiness.

“It’s critical for our national security that every service member, as well as DoD civilian personnel and contractors, receive vaccines as soon as possible,” Rogers said in his opening statement. “I am interested to hear from our witnesses what percentage of our service members have been vaccinated, what the refusal rate has been, and what steps they are taking to get more shots into arms.”

Pentagon officials have said the vaccine will initially be voluntary because it does not have full FDA approval yet, though leaders have encouraged personnel to get vaccinated.

“We believe that, of course, the vaccine is the right thing to do. It’s clearly safe for service members,” Taliaferro said. “And we need to continue to educate our force and help them understand the benefits.”

By the numbers: Taliaferro told the committee that 916,575 doses of the vaccine have been administered to Defense Department personnel so far.

Vaccination timeline: Armed Services Chair Adam Smith (D-Wash.) pressed officials on how long it will take the Defense Department to vaccinate its full military, civilian and contractor workforce. Salesses told lawmakers the Pentagon will likely achieve that milestone this summer.

Lara Seligman contributed to this report.