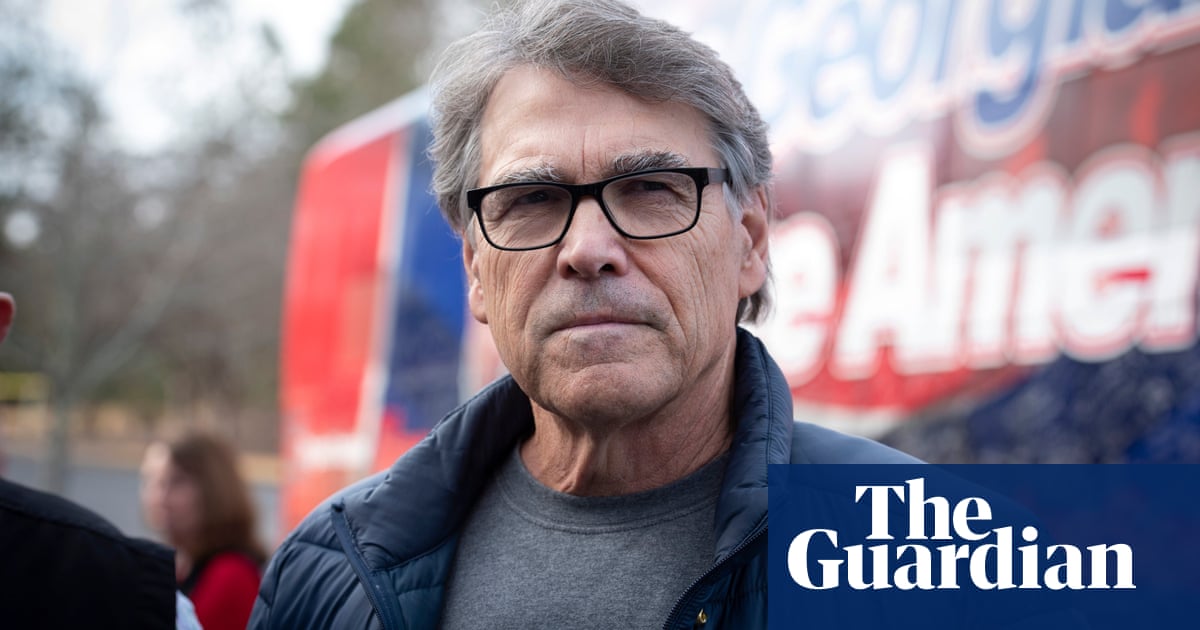 “Texans would be without electricity for longer than three days to keep the federal government out of their business,” Perry was quoted saying in blog post published Wednesday on the website of Republican congressman Kevin McCarthy.

The blog post had asserted that those “watching on the left may see the situation in Texas as an opportunity to expand their top-down, radical proposals. Two phrases come to mind: don’t mess with Texas, and don’t let a crisis go to waste”.

Perry’s comments come as millions of Texas are struggling with a brutal winter storm, which created a surge in demand for electricity to warm up homes unaccustomed to such extreme lows, buckling the state’s power grid and causing widespread blackouts. Frigid temperatures and snow have covered most of the central US this week, resulting in at least two dozen deaths, but Texas in particular has reeled because most of its power is on a state-run grid that has repeatedly been described as mismanaged.

Residents of the Lone Star state are lining up for grocery stores that are running out of food. Pipes have burst because of the cold, leaving residents without water to drink or prepare food. Many are scrambling to find shelter in buildings with electricity. Multiple municipalities have instituted “boil water” orders, as power outages have impacted water treatment facilities.

Meanwhile, many Texans slammed authorities for their handling of the crisis. The severe winter storm has, among some Republicans, been used to open up a new culture war around the expansion of renewable energy, which is a stated priority of the Biden administration in order to address the climate crisis.

Perry was among the many Republicans who falsely claimed that frozen wind turbines spurred the mass electricity shutdowns. In reality, the utility system’s failure to prepare for perils presented by cold temperatures – such as frozen natural gas pipes – had a significantly larger role in this crisis.

Renewable energy sources such as wind did see failures; these lapses contributed to 13% of Texas’ power outages, while generating approximately 25% of the state’s winter energy. But sources such as coal, gas, and nuclear power ceded nearly twice as many gigawatts of power due to the low temperatures.

“This shows how the Green New Deal would be a deadly deal for the United States of America,” the Republican governor told Fox News host Sean Hannity on Tuesday. “Our wind and our solar got shut down, and they were collectively more than 10% of our power grid, and that thrust Texas into a situation where it was lacking power on a statewide basis … It just shows that fossil fuel is necessary.”

Abbott’s attack contradicts the operators of the Texas grid, which is overwhelmingly run on gas and oil, who have confirmed the plunging temperatures caused gas plants to seize up at the same time as a huge spike in demand for heating. Nevertheless, images of ice-covered wind turbines, taken in Sweden in 2014, were shared widely among conservatives on social media as proof of the frailty of clean energy.

Alexandria Ocasio-Cortez, the Democratic congresswoman behind the Green New Deal platform, said that Abbott was “blaming policies he hasn’t even implemented for his own failures” while the renewable energy industry also hit back.

Oliver Milman contributed to this report.

Sorgente articolo:
Rick Perry says Texans will endure blackouts ‘to keep the government out of their business’ – The Guardian