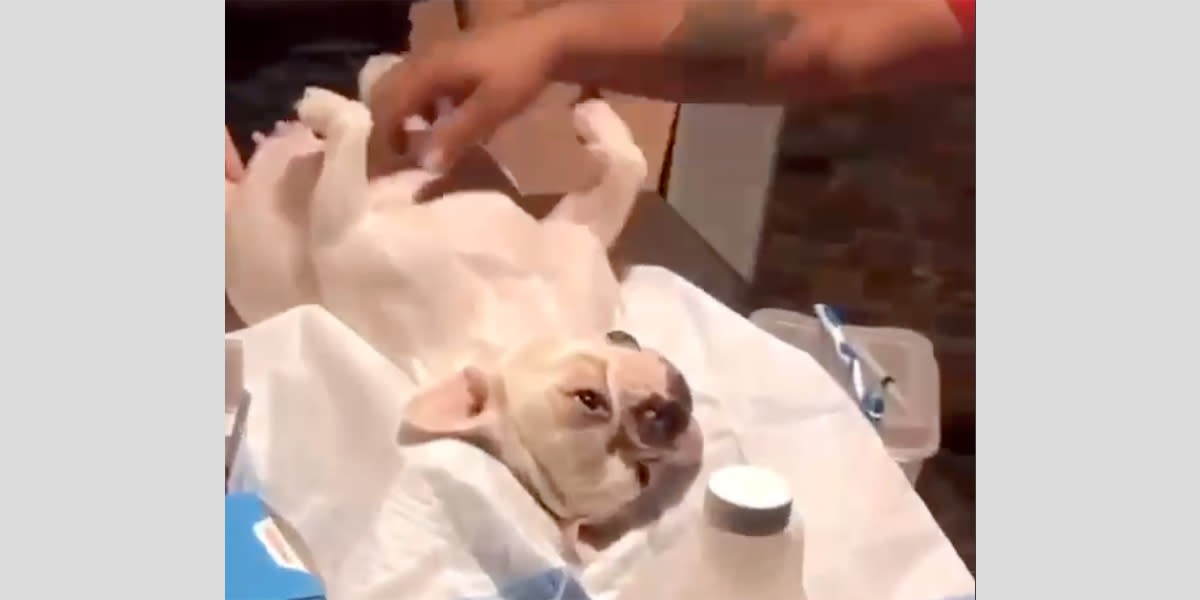 Two men were arrested in Florida last week after a TikTok video allegedly showed one of them performing an unlicensed c-section on a French bulldog.

Larry Colon allegedly paid an unlicensed man to perform the operation on his dog, Lyla, as his teenage daughter filmed it, according to the Lake County Sheriff’s Office. Authorities identified the man who performed the c-section as Frankie Huertas Rivera, who is not a licensed veterinarian with the state.

An animal cruelty investigator visited Colon’s home in Clermont, about 25 miles west of Orlando, last week after concerns were raised about a TikTok video posted by Colon’s daughter, a probable cause affidavit said. The video, provided to NBC News by the sheriff’s office, shows a white dog being placed on a table and a man taking her puppies out from her as the dog squirmed in apparent pain.

Colon told investigators that Rivera claimed to him that he was a veterinarian and that he paid the man $650 for the procedure, according to the affidavit. Colon later took Lyla to an animal hospital, where an actually licensed veterinarian told authorities the dog was dead on arrival.

The doctor at the animal hospital said she suspected Lyla died of septic shock due to contamination from the unlicensed procedure. The dog still had two unborn puppies inside her, who also died.

Colon allegedly told the animal hospital staff that the c-section on Lyla “was performed at their house by a friend of a friend that is unlicensed,” the affidavit said. He also told the staff he was “trying to save money and knew it was not what should have been done.”

Lyla’s surviving puppies were not seen by a veterinarian by the time the animal cruelty investigator visited Colon’s home, the affidavit said.

Colon is facing a charge of animal cruelty and was released on bond Friday. He declined to comment to NBC News during a phone call on Wednesday.

Rivera is also facing a charge of animal cruelty with an additional count of unlicensed practice of veterinary medicine. He did not return a phone call from NBC News on Wednesday.