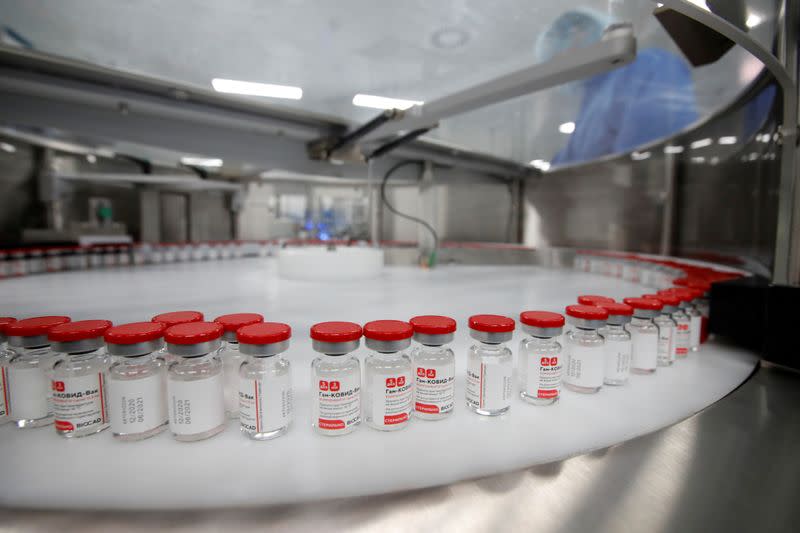 By Alexander Winning and Joe Bavier

JOHANNESBURG (Reuters) – The African Union’s (AU) vaccine task team said on Friday that Russia had offered it 300 million doses of its Sputnik V COVID-19 vaccine along with a financing package for countries wanting to secure the shots.

The Russian vaccine will be available for a period of 12 months starting May 2021, it said in a statement. The Russian Direct Investment Fund (RDIF), which is responsible for marketing the vaccine abroad, said some deliveries could start in May but most would be from June.

The 55-member AU hopes to see 60% of the continent’s 1.3 billion people immunised over roughly the next three years. But even as some wealthier nations are well into their immunisation campaigns, just a handful of countries in Africa have started to roll out vaccination programmes.

“We are grateful to receive the Sputnik V vaccines from the Russian Federation and tremendously proud to be able to offer them… for our AU Member States,” John Nkengasong, director of the AU’s disease control body, said in the statement.

“Bilateral and private sector partnerships such as these are critical in our efforts to bring the COVID-19 pandemic to an end,” Nkengasong added.

The AU previously said it had secured 270 million doses of AstraZeneca, Pfizer and Johnson & Johnson vaccines for delivery this year.

On Friday the vaccine team said all 270 million doses had been “taken up by the first allocation phase deadline”.

Russia has marketed the Sputnik V vaccine globally. It has struck manufacturing deals with firms in India, South Korea and Brazil, and has pledged to supply doses to countries including Venezuela and Hungary.

The offer to the AU, if delivered in full, would be among its biggest foreign supply deals to date.

While Moscow is touting such deals to highlight its role in fighting the pandemic, exports of the vaccine have stirred concerns in Russia, where authorities have struggled to roll out a nationwide vaccination strategy.

In Africa, Algeria is already deploying the Sputnik V vaccine. And after receiving an initial batch of a few dozen shots, Guinea is now in talks to source around 400,000 doses, a health ministry official said on Thursday.