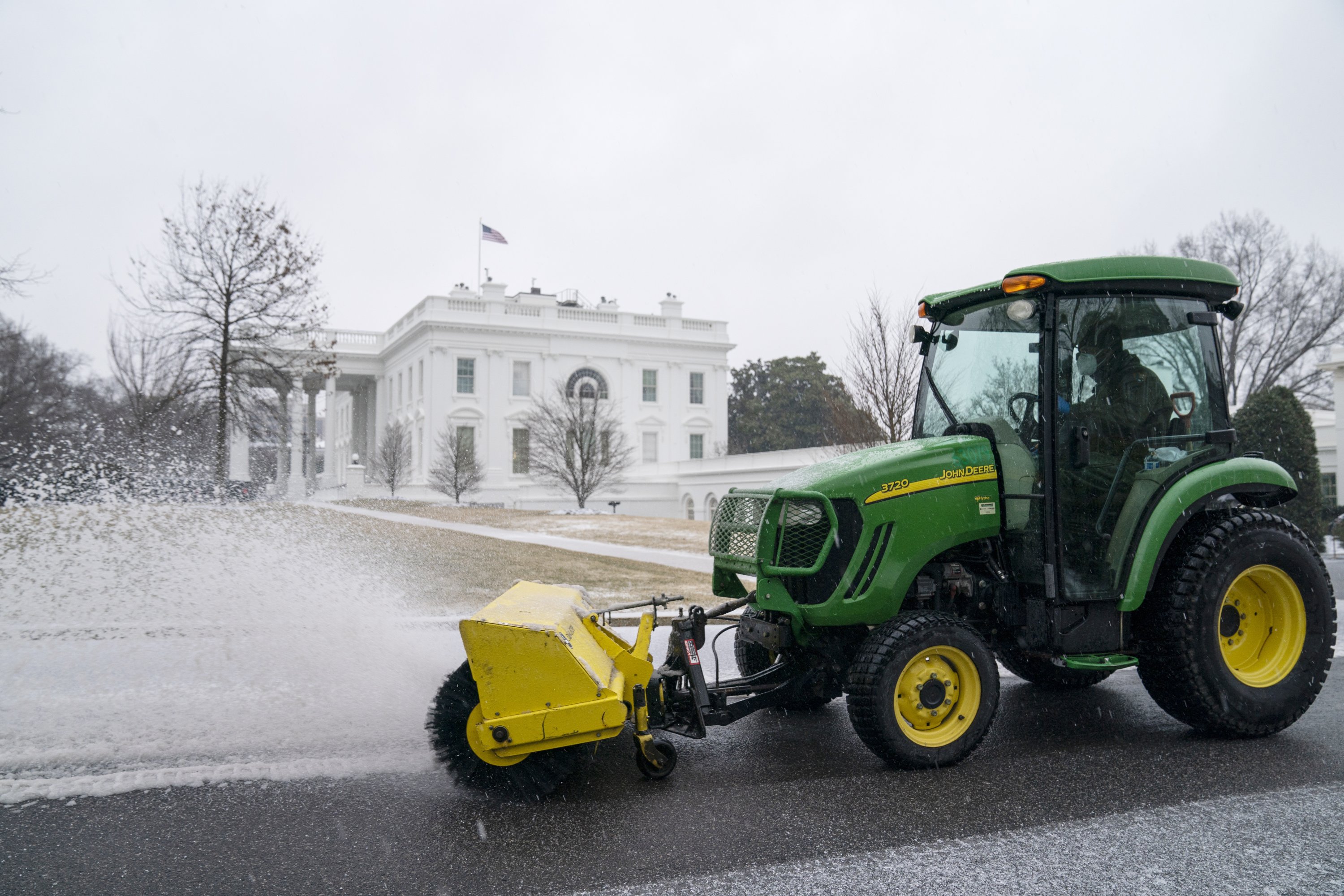 WASHINGTON (AP) — Joe Biden will use his first big presidential moment on the global stage at Friday’s Group of Seven meeting of world leaders to announce that the U.S. will soon begin releasing $4 billion for an international effort to bolster the purchase and distribution of coronavirus vaccine to poor nations, White House officials said.

Biden will also encourage G-7 partners to make good on their pledges to COVAX, an initiative by the World Health Organization to improve access to vaccines, according to a senior administration official, who spoke on condition of anonymity to preview Biden’s announcement.

Former President Donald Trump declined to participate in the COVAX initiative because of its ties to WHO, the Geneva-based agency that Trump accused of covering up China’s missteps in handling the virus at the start of the public health crisis. Trump pulled the U.S. out of the WHO, but Biden moved quickly after his inauguration last month to rejoin and confirmed that the U.S. would contribute to COVAX.

The $4 billion in U.S. funding was approved by Congress in December and will be distributed through 2022.

It remains to be seen how G-7 allies will take Biden’s calls for greater international cooperation on vaccine distribution given that the U.S. refused to take part in the initiative under Trump and that there are growing calls for the Biden administration to distribute some U.S.-manufactured vaccine supplies overseas.

French President Emmanuel Macron, in an interview Thursday with the Financial Times, called on the U.S. and European nations to allocate up to 5% of current vaccine supplies to developing countries — the kind of vaccine diplomacy that China and Russia have begun deploying.

And earlier this week, U.N. Secretary-General Antonio Guterres sharply criticized the “ wildly uneven and unfair” distribution of COVID-19 vaccines, noting 10 countries have administered 75% of all vaccinations.

Last month, Canadian Prime Minister Justin Trudeau also raised with Biden the prospect of Canada getting the vaccine from pharmaceutical giant Pfizer’s facility in Kalamazoo, Michigan, according to a senior Canadian government official, who spoke to The Associated Press on condition of anonymity to describe a private conversation.

Canada has been getting all its Pfizer doses from a company facility in Puurs, Belgium, and has experienced disruptions in supply.

But Biden, who announced last week that the U.S. will have enough supply of the vaccine by the end of the summer to inoculate 300 million people, remains focused for now on making sure every American is inoculated, administration officials say.

The president, in his first national security memorandum last month, called for his administration to develop a framework to donate surplus vaccines once there is a sufficient supply in the U.S.

The COVAX program has already missed its own goal of beginning coronavirus vaccinations in poor countries at the same time that shots were rolled out in rich countries. WHO says COVAX needs $5 billion in 2021.

Guterres said Wednesday that 130 countries have not received a single dose of the vaccine and declared that “at this critical moment, vaccine equity is the biggest moral test before the global community.”

The Group of Seven industrialized nations are the United States, Germany, Japan, Britain, France, Canada and Italy. Friday’s meeting of the G-7, the first of Biden’s presidency, is being held virtually.

In addition to discussing vaccine distribution, Biden also plans to use the meeting to discuss G-7 countries’ collective competitiveness and economic challenges posed by China, according to the White House.

Biden is also scheduled to deliver a virtual address to the Munich Security Conference on Friday before traveling to Michigan to visit Pfizer’s vaccine manufacturing facility.