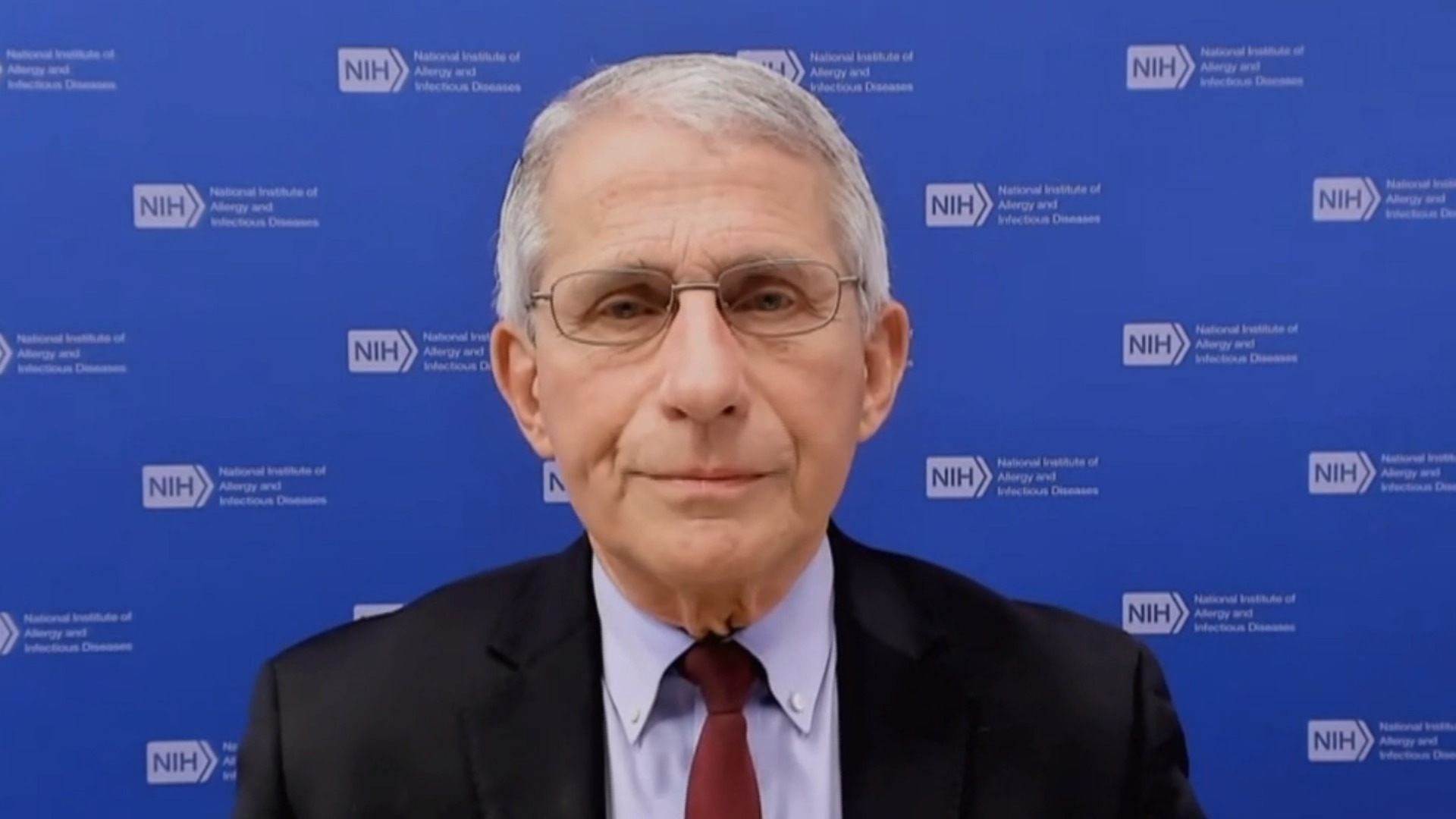 Dr. Anthony Fauci is President Biden’s chief medical adviser and the country’s top expert on infectious diseases. He joins “CBS This Morning” to talk about the nationwide efffort to roll out COVID-19 vaccines, and questions surrounding reopening schools.

GAYLE KING: Dr. Anthony Fauci is President Biden’s chief medical advisor and the top infectious disease doctor at the National Institutes of Health. He joins us now for further conversation. Dr. Fauci, always good to see you. Help us. We need a reality check here.

We heard the president say last night that he thinks that the vaccine will be available by the end of July. I’ve also heard you say it could be by the end of April. Do you think that’s still possible?

ANTHONY FAUCI: No. I think closer to what the president had said. When we were talking about April, we were hoping that when you say available, you’re talking about to anybody beyond the layered priorities– you know, the 1A, 1B, 1C. And then you get to the point where you say now anybody who’s anybody can wind up getting a vaccine. We were hoping that it would be by the end of April, but what has happened is that the doses that we were expecting earlier from the J&J likely will not be available for another couple of months after that.

At the ultimate total amount of doses that J&J will get us, we’re pretty confident that we’re going to get the 100 million doses by the end of June, the beginning of July. And I believe that’s the reason why when the president was saying available by July, as was in tune with the fact that we will get those doses that we were promised. And I’m sure we’ll get them by that time. So I think the dates now coincide pretty well.

GAYLE KING: OK. July And I like what you said about where anybody and anybody can get it. You know, that there are no guidelines. That we all get the vaccine as soon as we can.

There seems to be a difference in how every state seems to handle it differently. Do we need to have a uniform process? Because you know, I hear reports of vaccines being thrown out. I hear reports of people showing up and getting it because they have leftover doses. What can we do to get it on track and get it going smoothly?

ANTHONY FAUCI: You know, Gayle, that is an issue that’s been around for a long time, because on the one hand, you want to respect the ability and the right of states who know their own situation well to make their own decisions about that. And there’s a reluctance always to dictate from above.

But the point that you make is a good point. There should be some sort of consistency, not necessarily identical from state to state. But I think what you’re referring to is what I myself am seeing when I ask around, is that the capability of a person in one category to get a vaccine differs greatly from state to state.

Hopefully, that will smooth out as we get more vaccine doses. You know, the interesting thing, Gayle, the cure of all of this is when the supply demand gap closes, because right now that the demand for out see– exceeds the supply. As we get into the later months– April, May, June and July as you were mentioning just a little bit ago– I think those kind of discrepancies and difficulties are going to disappear.

TONY DOKOUPIL: Hey Dr. Fauci, it’s Tony. I want to shift topics slightly to schools. The president is saying that younger children in lower schools could be back in the classrooms by spring. What’s behind that could? What needs to happen for spring to be the timeline?

ANTHONY FAUCI: You know, I’m not– you know, Tony, I don’t want to try and read his mind, what he said about could. I mean, I– what I think he meant– and again, obviously, the final decision will be up to him. What I think he meant is that if you look at the CDC guidelines and the things that were recommended about how to make their entry and the maintenance of kids in school, particularly at that age, are the things that were delineated in the CDC guidelines.

And I believe what the president meant is that if we adhere to those guidelines, that we could get the kids back to school in the date that he mentioned. So I think that’s quite compatible with what I just said. That he referred a couple of times to the CDC guidelines about trying to make it safe for the children and safe for the teachers and other people in the educational system.

TONY DOKOUPIL: Quick question about the other people in the educational system. As part of the CDC guidelines, teachers are not considered must-be vaccinated personnel in order for schools to reopen. What do you say to teachers who say, hold on, that’s a condition for me, I’m worried?

ANTHONY FAUCI: You know, I think you have to rethink that. I think if you were going to say that every single teacher needs to be vaccinated before you get back to school. I believe, quite frankly, Tony, that that’s a non-workable situation. I think teachers should absolutely be priority among those who we consider essential personnel.

And you should try and get as many teachers as you possibly can vaccinated as quickly as you possibly can. But to make it a sine qua non, that you don’t open a school until every teacher is vaccinated, I think is not workable. And probably most of the teachers would agree with that. You want to put a good effort to get as many as you can as quickly as you can. But you don’t want to essentially have nobody in school until all the teachers get vaccinated.

GAYLE KING: So Dr. Fauci, you’re now a verb. I know you’ve heard about it. I now have a new dating requirement. In addition to no smoking, no nose rings, no Faucing, somebody who doesn’t take it seriously. So what do you think about being a verb? And what’s your best dating advice from people trying to date in COVID?

I know it’s been a long time since you’ve dated. You’ve got a lovely wife. But what’s your dating advice?

ANTHONY FAUCI: Gayle, I have to tell you, that is one subject that I absolutely am staying away from. As much as I love you, I’m not going there.

GAYLE KING: I love you, too, Dr. Fauci. Somebody sent me a hand puppet of Dr. Fauci. I’d like to send it to you you’ll get a kick out of it. Thank you, sir.

GAYLE KING: Always good to see you. Ahead–