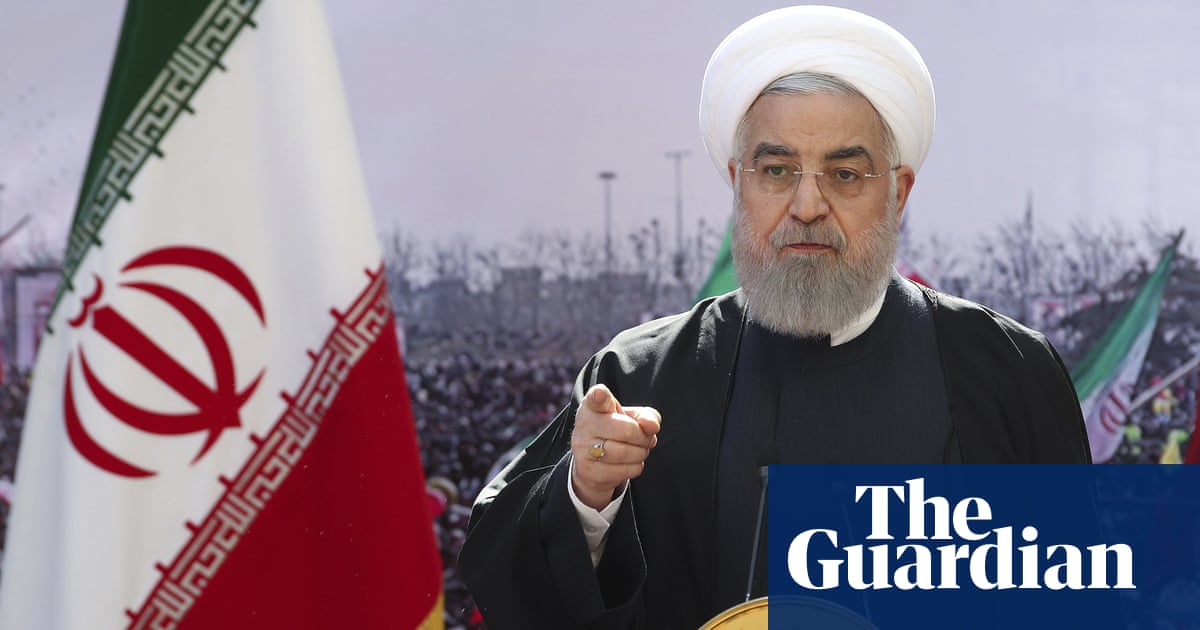 The future of the Iran nuclear deal is hanging in the balance as the US acknowledged for the first time that it is prepared to hold direct talks with Tehran over how both sides can come back into strict compliance with its terms.

Washington revealed its willingness to hold talks in a joint statement issued by the US secretary of state, Tony Blinken, and the foreign ministers of France, Germany and the UK.

The statement also stressed that the three European nations welcomed the prospect of the US and Iran returning to compliance with the nuclear deal, and then strengthening it and addressing broader security concerns.

The phrasing about sequencing allows for a mutual return to the existing deal without a necessary commitment by both sides to renegotiate and strengthen it, something to which Iran is adamantly opposed.

The four diplomats also warned Iran not to go ahead with plans to increase pressure on Washington by banning snap intrusive inspections of its nuclear sites, describing any such decision as “dangerous and grave particularly at the time of renewed diplomatic opportunity”.

The cut back in International Atomic Energy Agency (IAEA) inspections would cover not just nuclear sites, and could come as early as Tuesday.

The US is likely to have to offer something more specific either in direct talks or through intermediaries for Iran to hold off next week from withdrawing from the additional protocol, the legal framework that governs the IAEA inspection regime.

Iran’s parliament, which is dominated by hardliners, announced the measure as the next stage of its brinkmanship more than two months ago, with some hoping the deadline would provoke the new US administration into making a specific offer for Washington’s return to the nuclear deal, as Joe Biden pledged would happen during his presidential election campaign.

The Iranian foreign minister, Javad Zarif, has tried to play down the significance of withdrawing from the additional protocol, saying it was voluntarily accepted by Iran and gave the IAEA exceptional access beyond what is normal. Iran’s president, Hassan Rouhani, said on Thursday that it was propaganda to suggest Iran was putting pressure on the US, arguing that Tehran was only asking it to comply with the law. In a message aimed at Biden, he said: “Surrendering to law is not a fault. Do not shy away. What is bad is surrendering to force.”

The IAEA director, Rafael Grossi, will fly to Tehran on Saturday to talk through the detail of Iran’s proposed new inspection regime. The concern in European capitals is that Tehran is close to taking irreversible steps in its nuclear research programme and its ability to reduce its breakout time to make fissile material. A cut back in IAEA inspections on top of a variety of other issues, including 20% uranium enrichment, the use of advanced centrifuges and a heavy water reactor, may be seen as a step too far by European foreign ministers.

In the joint US, UK, French and German statement, the four countries expressed shared concern over Iran’s recent actions to produce uranium enriched up to 20% and uranium metal. These activities have no credible justification. Uranium metal is a key step in the development of a nuclear weapon.

There has so far been no direct front door contact between Washington and Tehran, but Blinken spoke to Qatar’s foreign minister, before the latter travelled to Iran this week as a mediator. The German chancellor, Angela Merkel, also spoke to Rouhani on Wednesday night to urge him not to cut back on the inspections.

Merkel, along with Biden, the French president, Emmanuel Macron, and the UK prime minister, Boris Johnson, are all expected to address the Munich Security Conference on Friday, providing an ideal stage to send messages to Iran. It is unclear, however, whether Biden will want to be seen to be making an offer under perceived duress.

Tehran has insisted since Biden was elected that the US lift all of the Trump-era sanctions as a first step, and in return it would immediately come back into full compliance with the nuclear deal, including on uranium enrichment levels. Biden could lift most of Trump-era sanctions by executive order, but in practice the absence of trust is such that both sides will favour step-by-step measures with each step followed by a pause for verification.

As a first step the US could lift its opposition to an IMF loan to Iran, end some of the restrictions on Iranian assets in overseas bank accounts and ease the flow of humanitarian aid. The European council president, Charles Michel, also spoke to Rouhani and underlined “the need to preserve a space for diplomacy, underpinned by positive steps, was crucial at this stage”.

Significantly, Michel stressed the two men had discussed the socioeconomic and health impact of Covid-19, a hint that the EU may be willing to provide humanitarian aid.

Iran, however, in the foothills of a presidential election campaign of its own in which there is little mileage in being soft on Washington, has demanded the complete lifting of all of the sanctions and the US’s return to the nuclear deal. It also insists the existing deal cannot be renegotiated or expanded to include others aspects of Tehran’s regional behaviour.

Iran has been surprised by how long Biden has taken to construct a specific offer, and Zarif has warned: “They will soon realise time is not in their favour”.

Biden has taken a month for inter-agency consultation, but must be close to setting out a plan that may involve direct contact between Tehran and Washington.

He also has to take into account not just the views of Congress, but his regional allies Israel and Saudi Arabia. He spoke to the Israeli prime minister, Benjamin Netanyahu, for the first time since his inauguration on Wednesday night, and Netanyahu reiterated his opposition to the US returning to the nuclear deal.