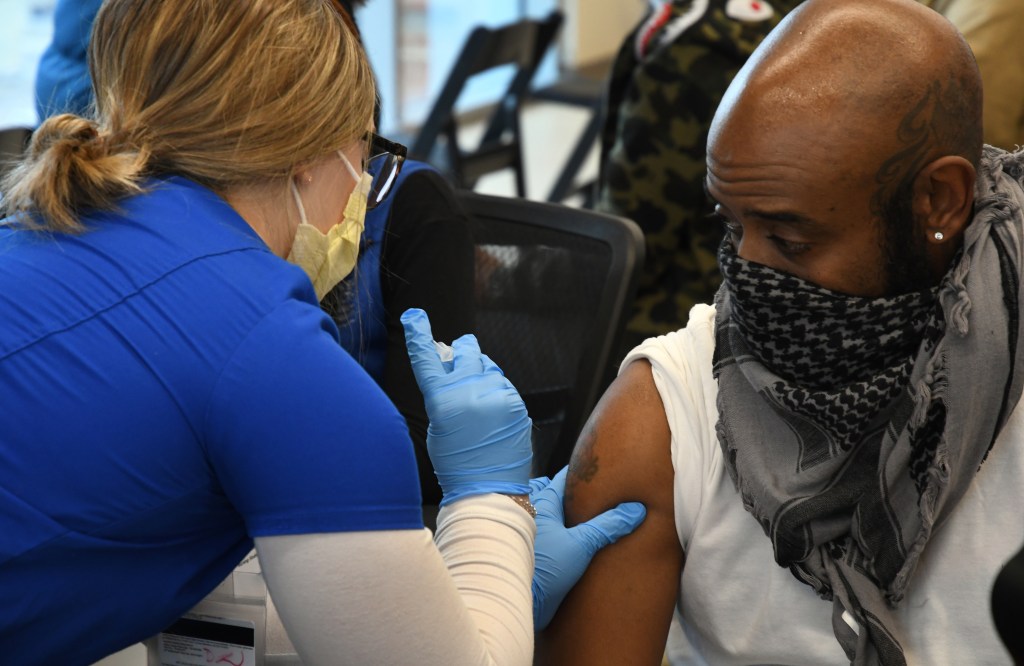 More than 1 million doses of COVID-19 vaccines have been administered to Coloradans to date as public health officials are nearing their goal of inoculating 70% of all people 70 and older, state representatives said Thursday.

That’s good progress for the state, McIntire said. One of the biggest priorities this year for the Polis administration is getting vaccines into the arms of Coloradans. State officials are looking to the federal government for more doses each week and facing delays in deliveries after winter storms blew across much of the country.

“It is looking like most of our shipments for this week should be delivered today through Saturday,” McIntire said.

COVID-19 cases and hospitalizations are continuing to trend down, said Dr. Rachel Herlihy, the state epidemiologist. Currently, 425 people are hospitalized with the coronavirus across Colorado, down from the peak of 1,847 in December.

But officials are continuing to watch for new strains of the virus that have the potential to be more infectious and cause more severe symptoms, Herlihy said. So far, state officials have identified 71 cases of the COVID-19 variant first seen in the United Kingdom, she said. Other strains first identified in South Africa and Brazil have not been found so far in Colorado, though.

While the U.S. Centers for Disease Control and Prevention has warned the U.K. variant could become the dominant strain in the United States by March, Herlihy said it’s not clear what the future might hold for Colorado. Continuing work to prevent transmission could combat that strain’s emergence.

To that end, Kevin Klein, director of the state’s Division of Homeland Security and Emergency Management, said Colorado officials are now well stocked with protective equipment and are distributing some of that gear to school districts to be given to teachers and staff who interact with students and other people daily. The goal is to distribute more than 8 million masks to schools across the state.

As of Thurday, Colorado has recorded 417,415 positive COVID-19 cases and 5,864 virus-related deaths since the pandemic began.