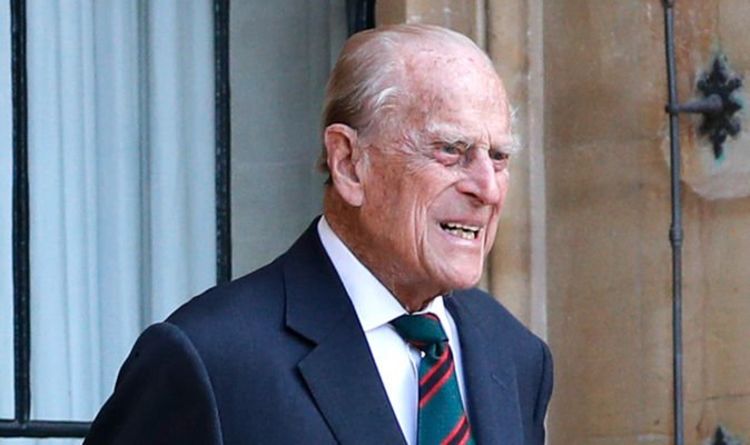 The Duke was admitted to King Edward VII’s hospital in central London on Tuesday as a precautionary measure. As Philip stays in hospital for a third night, it has emerged no plans have been made for family members to visit him.

While patients in hospital are currently not allowed visitors apart from exceptional circumstances due to the pandemic, Penny Junor believes it implies there is no cause for concern with Philip’s hospital stay.

She said: “The fact [the family is] not there is a good sign. I see it as very optimistic.”

Ms Junor also said the Royal Family tend to “play down these things and carry on with their businesses”.

But if there was cause for concern with Philip, “the Queen would definitely find a way of getting there, and probably Prince Charles as well”.

In December 2019, Philip was also admitted to King Edward VII Hospital as a “precautionary measure” for a “pre-existing condition”.

Ms Junor also told the BBC Philip is a “no-nonsense man” who will not be an ideal patient.

She added: “I think he can be quite blunt and if he felt that people were fussing over him he could be quite outspoken.

“This is a man who doesn’t want any fuss made of his 100th birthday [on June 10], so the fact he’s in hospital and getting some fuss made of him will really irritate him.”

The Times reported a doctor was called after Philip felt unwell for a short period, where he was then taken to hospital by car and walked in unaided as a non-emergency admission.

“The Duke’s admission is a precautionary measure, on the advice of His Royal Highness’s Doctor, after feeling unwell.

“The Duke is expected to remain in hospital for a few days of observation and rest.”

She said in 2020: “Prince Philip retired a few years ago and in doing so is able to live a more relaxed daily life.”

Citing his athletic background, she added: “Sport has its benefits in keeping both your body and mind active.

“When the time comes to retire from sport the interest in sporting activities helps to stimulate your mind.

“Keeping active both physically and mentally play a very important role in maintaining a healthy and ongoing quality of life.”