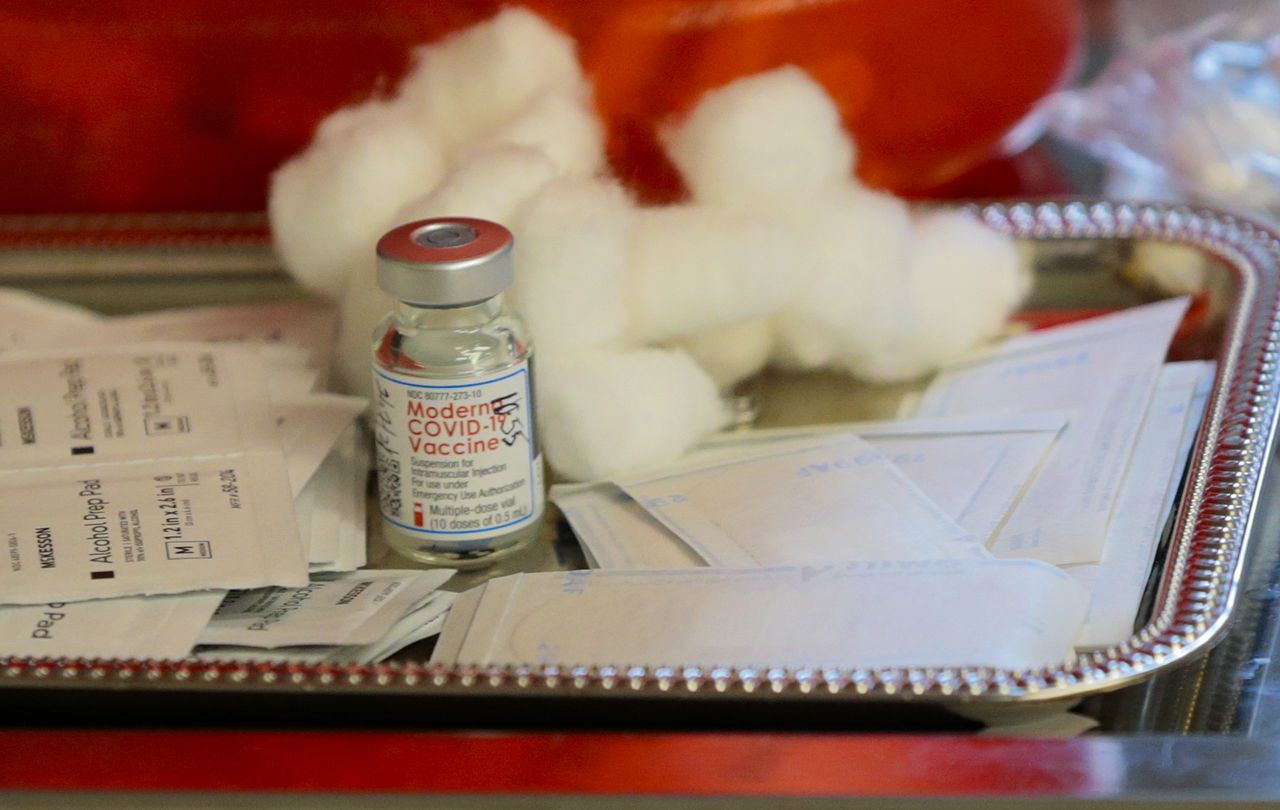 Earlier this week, health officials announced a problem with the COVID-19 vaccine distribution that could affect tens of thousands of people in Pennsylvania.

Acting Health Secretary Alison Beam said Wednesday some providers have been giving out second doses of the Moderna vaccine intended as first doses. And it will mean some people will see delays in getting their second doses and being fully vaccinated.

Here are answers to questions about the situation and other concerns related to the vaccine distribution effort.

Q: How many people are affected?

Q: Who is affected?

A: A relatively small portion of the 1.8 million Pennsylvanians who have been vaccinated so far. Pennsylvania has been receiving two brands of vaccine — Pfizer and Moderna. Moderna accounts for the smaller portion — roughly 200,000 doses, according to the Pennsylvania Department of Health. Moderna vaccine, like Pfizer, requires two doses, ideally 28 days apart for Moderna.

According to the health department, vaccination providers receive first doses and then, some weeks later, receive second doses for those who are due. Somehow — it’s unclear exactly how and why this happened — as many as 100,000 second doses were given out as first doses. That leaves providers uncertain of where the needed second doses will come from. Appointments for second doses are being postponed as a result.

Q: How bad is it for the people affected?

A: From a medical point of view, first doses and second doses are the same, so there’s no harm from getting a “second dose” first. The important thing is to get two doses.

Q: What happens if someone doesn’t get a second dose on schedule?

A: Ideally, the second dose is received 28 days later. But the U.S. Centers for Disease Control recently said that, if necessary because of a situation such as a shortage, it’s OK for the doses to be spaced up to six weeks, or 42 days, apart.

Q: Will second doses be available within 42 days for affected Pennsylvanians?

A: The health department says yes, although it’s not crystal clear how that will be accomplished. The department said it’s doing an inventory of unused doses around the state and scouring for available Moderna doses. It further said it has reached out to the federal government regarding the needed doses. The health department said affected people should expect to have their second dose appointments pushed back a week or two. But the department is assuring them they’ll get their second dose within 42 days of the first.

Q: Is the weather affecting the vaccine effort?

State officials said that shipments of both Moderna and Pfizer vaccines have been delayed this week because of severe weather around the country. But health officials said it shouldn’t prevent anyone from getting their second dose of the Moderna vaccine within 42 days of their first shot.

Q: What if there’s not enough Moderna vaccine to address this problem? Could a Pfizer dose be used in its place?

A: Pennsylvania health officials haven’t discussed that scenario. The Moderna and Pfizer vaccines are based on the same technology. The CDC has discouraged mixing and matching of vaccine except in “exceptional situations” such as a shortage. Doctors believe it’s theoretically possible mixing vaccine types could actually expand the level of protection. It’s also possible targeted benefits could be lost. Mixing and matching is being studied.

Q: What if I can’t get my second shot within 42 days of the first?

A: There is little data available on the effectiveness of the vaccines administered beyond the 42-day window, according to the CDC. But the CDC said if the vaccination goes beyond the scheduled intervals, there is no need to start the series of shots all over.

Q: How do people know they are affected and what actions must they take?

A: The state said people will be contacted by their provider to reschedule their appointment.

A: That health department wouldn’t say on Wednesday when it announced the mistake. PennLive was contacted by a western Pennsylvania resident who received a Moderna dose from an independent pharmacy. The pharmacy told him his second dose appointment must be rescheduled.

Q: Whose fault is this?

A: Beam, the acting health secretary, cited a “perfect storm of circumstances and eagerness to get vaccine to residents, incredible pent up desire by the public to get this vaccine, dedicated providers trying to to deliver what their customers are demanding, inconsistent vaccine allocations, confusion about [U.S.] operation warp speed vaccine deliveries, and the need for more frequent and clear communication from the department.”

Q: How and when did the state discover the problem?

A: According to Beam, the problem began, undetected, in early January, when some providers began giving out doses that were supposed to saved as second doses. The problem “compounded” for weeks. The state discovered it recently when the number of requested second doses of Moderna approached the entire weekly allocation.

Q: Has there been any issue with the Pfizer vaccines given out in error?

A: The error is strictly related to some Moderna vaccines intended as second doses being given out as first doses. Beam stressed the issue is not related to the Pfizer vaccine distribution.

Sorgente articolo:
Q&A: Why Pa. doesn’t have enough Moderna vaccine and what it means for those awaiting their second dose – PennLive