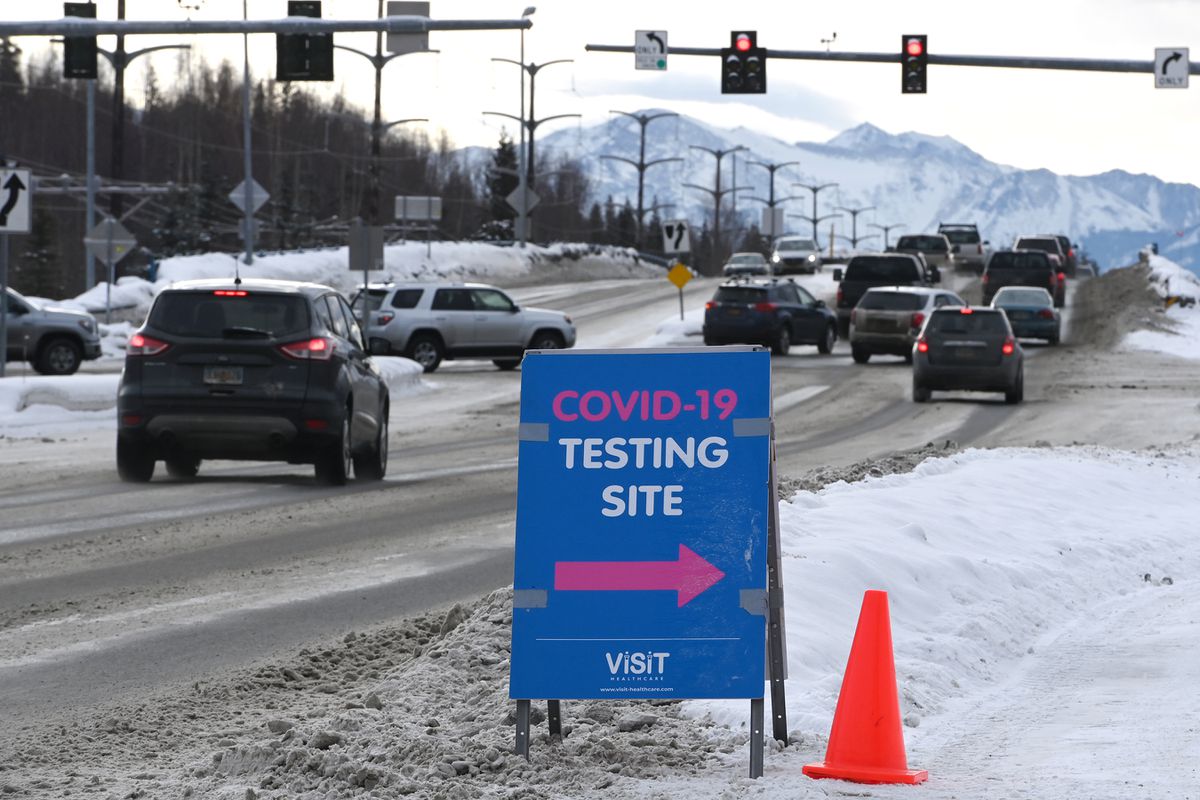 We’re making this important information available without a subscription as a public service. But we depend on reader support to do this work. Please consider supporting independent journalism in Alaska, at just $1.99 for the first month of your subscription.

Alaska’s death rate per capita is still among the lowest in the country, but the state’s size and vulnerable health care system complicate national comparisons.

Coronavirus cases have been steadily declining over the last few months after a surge of infections in November and early December that strained hospital capacity.

Hospitalizations in Alaska have declined along with cases, and are now less than a quarter of what they were during the peak in November and December.

By Thursday, there were 33 people with COVID-19 in hospitals throughout the state, including three who were on ventilators. Another four patients were suspected of having the virus.

The COVID-19 vaccine reached Alaska in mid-December. By Thursday, 133,221 people — nearly 18% of Alaska’s total population — had received at least their first vaccine shot, according to the state’s vaccine monitoring dashboard. That’s far above the national average of 12.1%.

About 1 in 4 Alaskans age 16 and older had received at least one dose of vaccine by Thursday. The Pfizer vaccine has been authorized for use for people ages 16 and older, and Moderna’s has been cleared for use by people 18 and older.

Health care workers and nursing home staff and residents were the first people prioritized to receive the vaccine. Alaskans older than 65 became eligible in early January, and the state further widened eligibility criteria last week to include educators, people 50 and older with a high-risk medical condition, front-line essential workers 50 and older and people living or working in congregate settings like shelters and prisons.

Despite the lower case numbers, public health officials continue to encourage Alaskans to keep up with personal virus mitigation efforts like hand-washing, mask-wearing and social distancing. A highly contagious variant of the virus reached Alaska in December.

Of the 209 cases reported among Alaska residents on Thursday, there were 47 in Anchorage plus two in Chugiak, nine in Eagle River and one in Girdwood; three in Kenai; one in Nikiski; two in Seward; two in Soldotna; one in Healy; 16 in Fairbanks; six in North Pole; one in Tok; four in Big Lake; 20 in Palmer; two in Sutton-Alpine; 57 in Wasilla; one in Utqiagvik; 10 in Ketchikan; one in Petersburg; and one in Sitka.

Four cases were also identified among nonresidents in the Aleutians East Borough.

While people might get tested more than once, each case reported by the state health department represents only one person.

The state’s data doesn’t specify whether people testing positive for COVID-19 have symptoms. More than half of the nation’s infections are transmitted from asymptomatic people, according to CDC estimates.