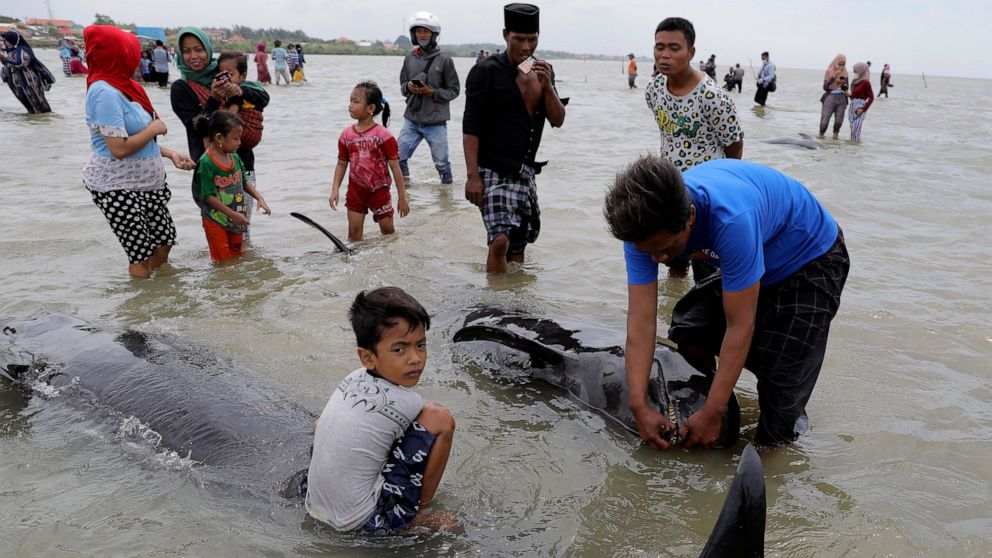 The three whales were pushed back to the sea by volunteers and local authorities along the Modung beach in East Java province.

East Java Gov. Khofifah Indar Parawansa said authorities are investigating the cause of death while the carcasses will be buried around the coast.

“The volunteers who are helping them to get back to the ocean said that some of the whales got back to the coast again as their mothers are still stranded at the beach,” Parawansa said.

According to data from Whale Stranding Indonesia, there were 59 beaching incidents in the country last year, most of them dugongs and spinner dolphins.