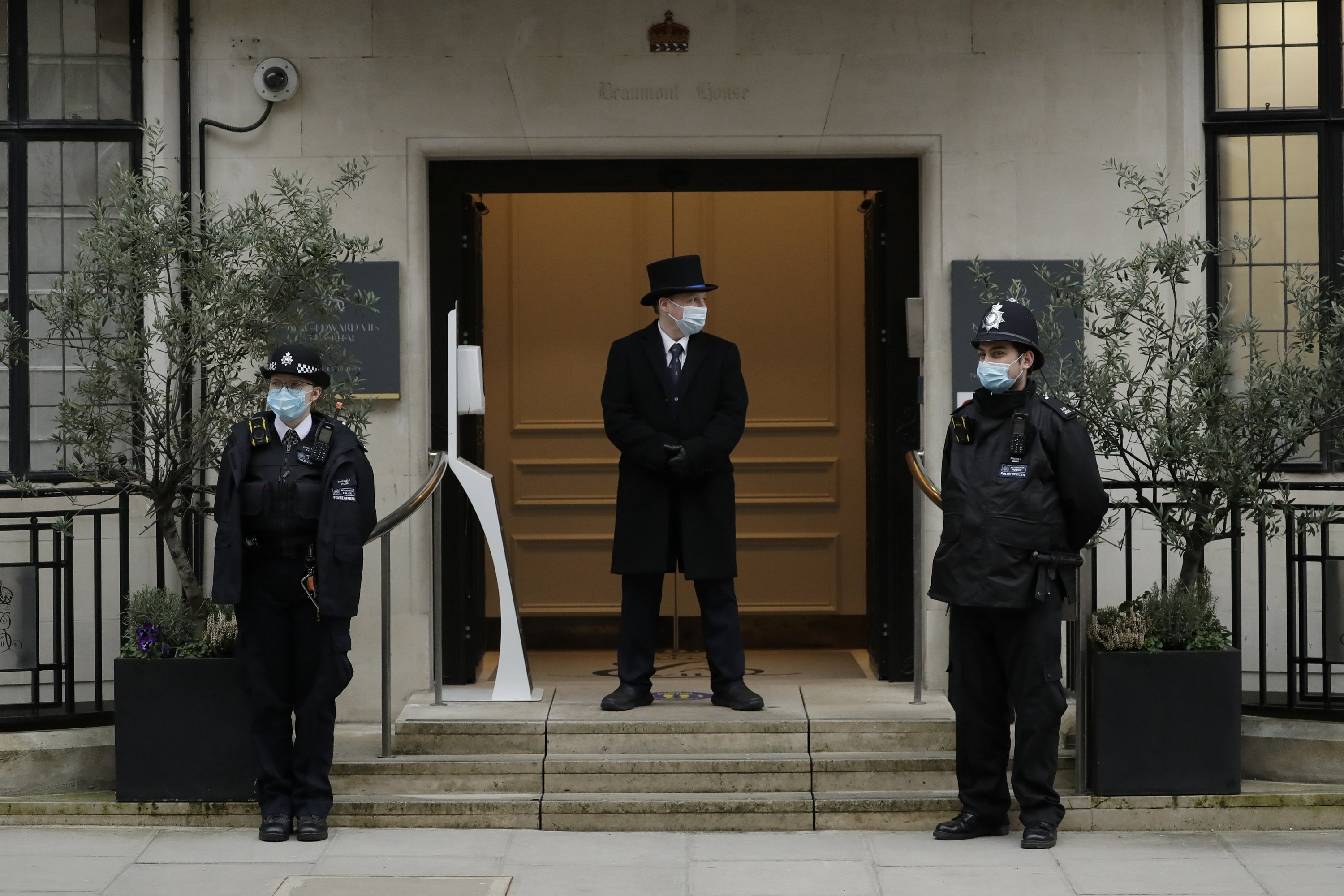 LONDON (AP) — Britain’s Prince Philip is expected to stay in a London hospital for several more days after being admitted earlier this week in what Buckingham Palace described as “a precautionary measure.”

The 99-year-old husband of Queen Elizabeth II remained Friday in the private King Edward VII’s Hospital, where he was admitted on Tuesday evening.

The palace said Philip’s admission was taken on the advice of his doctor, and he is expected to remain through the weekend and into next week for observation and rest.

Philip’s illness is not believed to be related to COVID-19. Both the queen, 94, and Philip received a first dose of a vaccine against the coronavirus in early January.

Philip walked into the hospital unaided after arriving by car, and the palace has said he was admitted out of “an abundance of caution.”

Philip, who retired from public duties in 2017, rarely appears in public. His most recent public event was a military ceremony at Buckingham Palace in July.

During England’s current coronavirus lockdown, the duke has been staying at Windsor Castle, west of London, with the queen, who has performed duties such as meetings with dignitaries remotely.

Philip last had a spell in a hospital when he spent four nights at the King Edward VII in December 2019, where he was treated for a “pre-existing condition” and discharged on Christmas Eve.