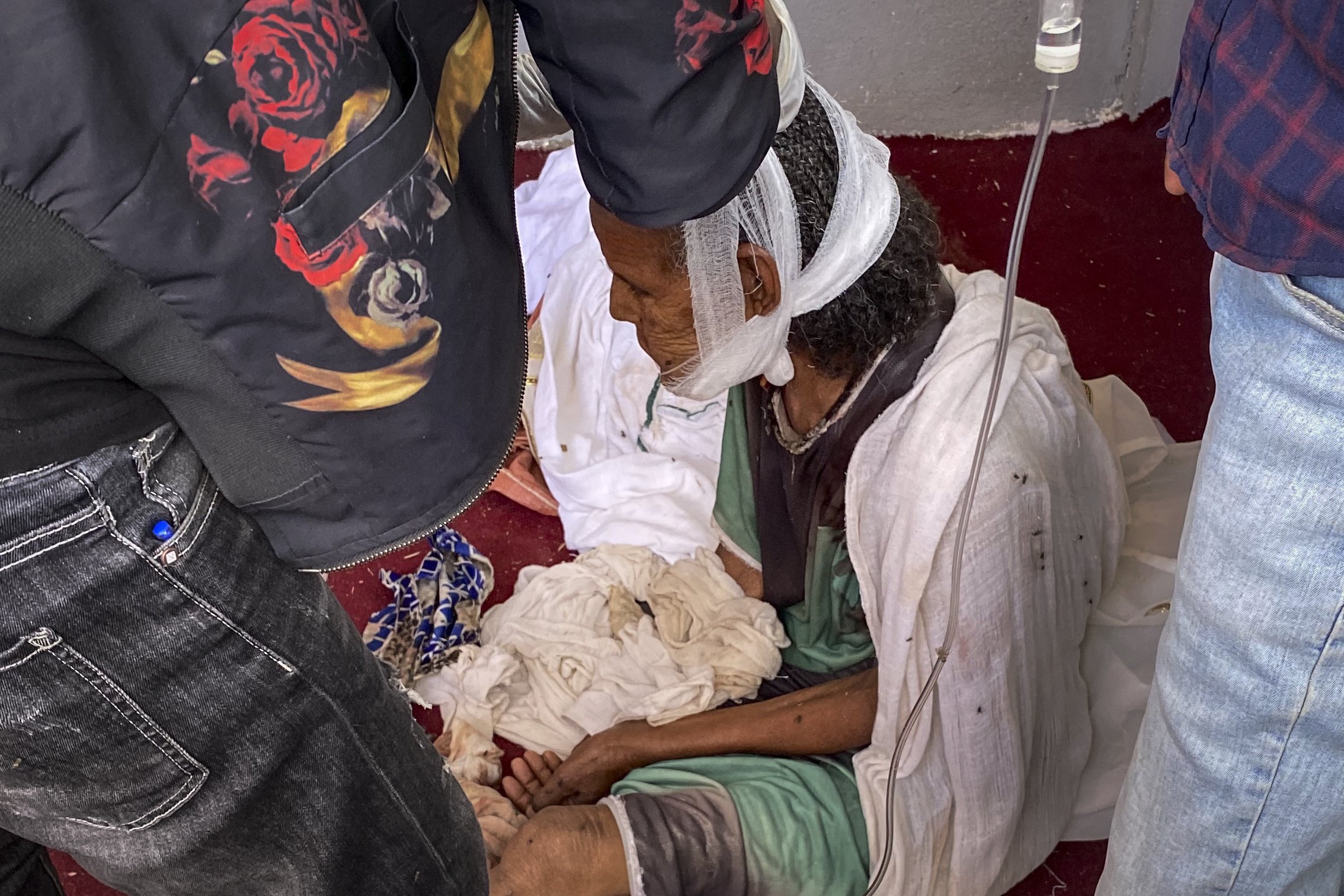 NAIROBI, Kenya (AP) — Eritrea’s government is rejecting as “outrageous lies” a story by The Associated Press in which witnesses describe a massacre of several hundred people carried out by Eritrean soldiers in Ethiopia’s Tigray region.

Information Minister Yemane Gebremeskel criticized Thursday’s story on the massacre in Ethiopia’s holy city of Axum in a series of Twitter posts on Friday.

“Relevant Ethiopian institutions had long ascertained the utter fallacy of the story,” he said. Neighboring Ethiopia has repeatedly denied the presence of Eritrean soldiers in its Tigray region, which has been largely cut off from the world since fighting began in November between Ethiopian and allied forces and those of Tigray.

Gebremeskel has not responded to AP questions throughout the months-long Tigray conflict,

Eritrea’s government has not confirmed the presence of reportedly thousands of its soldiers in Tigray.

Witnesses from several communities in Tigray have accused them of widespread looting, killing and sexual assaults. The Tigray region borders Eritrea, and witnesses have described seeing truckloads of loot pass through on their way toward the country.

Thursday’s story cited witnesses as saying Eritrean soldiers attacked and killed civilians in the streets and churches of Axum, then blocked some people from burying the bodies. One church deacon said he believes some 800 people were killed on a single weekend in late November, and that thousands in Axum have died in all.

Eritrea, one of the world’s most secretive nations, has long been an enemy of the now-fugitive former leaders of the Tigray region, who dominated Ethiopia’s government for nearly three decades. During that time, Ethiopia and Eritrea fought a two-decade border war.

That conflict ended in 2018 when incoming Prime Minister Abiy Ahmed made peace with Eritrea, for which he was awarded the Nobel Peace Prize in 2019. Now some critics of the Tigray conflict accuse Abiy of collaborating with longtime Eritrean President Isaias Afwerki to target the region.

No one knows how many thousands of civilians have been killed.

The Ethiopian Red Cross this month warned that without improved humanitarian access to a region where 80% of the population of 6 million is still unreachable, thousands of people could starve to death after a month.